“9 years of feeling so lucky to be yours. Happy Anniversary my love. 🧡,” the 9-1-1 actress, 43, captioned what appeared to be a wedding day selfie of the two sharing a kiss via Instagram.

Us Weekly exclusively confirmed in June 2013 that the I Know What You Did Last Summer star and Hallisay, 44, were engaged and expecting their first child together. “We’re so thrilled and happy to start a family,” Hewitt told Us at the time. 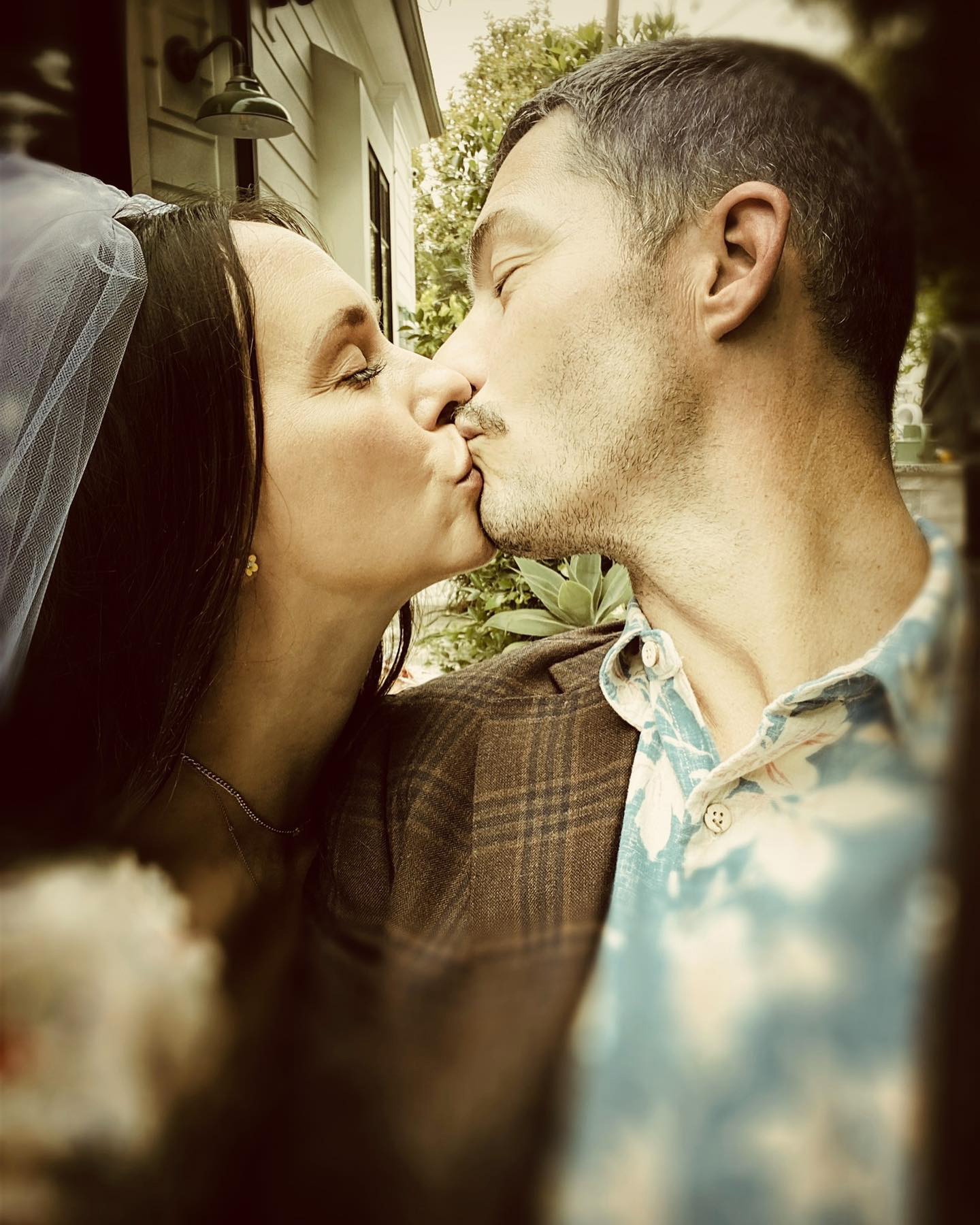 One month later, she explained that they wanted to keep the sex of the baby a surprise. “You sort of have these pictures in your mind of what [the baby’s going to look like],” she said. “I’m really excited to see what he or she is going to look like!”

The following November, Us confirmed that the couple secretly tied the knot before welcoming daughter Autumn, now 9. Hewitt and Hallisay also welcomed sons Atticus and Aidan in June 2015 and September 2021, respectively.

In 2014, Hewitt told E! News that she tied the knot just five days before her daughter was born. “I wore the only thing in my closet that fit me!” she told the outlet, “Which was a really nice cotton maxi dress and that was it!”

Raising the little ones and maintaining an acting career can be overwhelming, but the Texas native admitted she has a “harder” time with this balance than her children do.

“My kids handled it so much better,” Hewitt exclusively told Us in August 2018. “They were like, ‘Get out of here, we’re tired of your face and your stories.’ … There was definitely a moment where I was like, ‘This should feel harder on the people that I love and spent all this time with.’ But it’s what you want, right?”

‘9-1-1’ Cast’s Dating Histories Through the Years

One year later, the Party of Five alum explained that she wanted to be an example for her kids. In August 2019, Hewitt explained to Us, “I think that’s important to show your children that you are something other than just their parent and it’s been really nice for me to have that experience. I do feel like I’m on a beautiful show for my daughter. My son doesn’t really understand it as much right now, but my daughter really [does].”