Chrissy Teigen: Kim Kardashian ‘gave her all’ in marriage to Kanye West

Kim Kardashian courted by royals, billionaires and A-listers amid divorce

Kanye West continues to wear his wedding band despite the two months that have passed since his estranged wife, Kim Kardashian, filed for divorce.

Oddly enough, the revelation came from DJ Khaled, who posted a picture of West, 43, to his Instagram Wednesday after the rapper paid a surprise visit to the producer, 45, to listen to tracks from his forthcoming album.

“TRUE STORY: KANYE STOPPED BY MY HOUSE AT 8 AM THE OTHER DAY!” Khaled wrote in his grating all-caps fashion. “I DIDNT KNOW HE WAS COMING! HE HAD @chefmelissazuniga make him SOME EGGS WITH KETCHUP AND VEGAN BACON.”

Putting aside the canceling-each-other-out pairing of eggs and vegan bacon to focus on the pertinent details, Page Six readers will notice West’s wedding band is clearly visible on his left hand in the picture. The “Closed on Sunday” performer was previously seen wearing the ring in February while out in Los Angeles.

“You know when you get this expression that it’s sounding AMAZING! this album GODS HANDS IS ALL OVER IT,” Khaled’s caption continued.

He also posted a video at home with West in the room.

Kardashian, 40, filed for divorce from West in February after six years of marriage.

Page Six exclusively reported the couple’s marriage was over in January after the pair began “living separate lives” following West’s bizarre 2020 presidential campaign, which was “the final straw” for Kardashian. 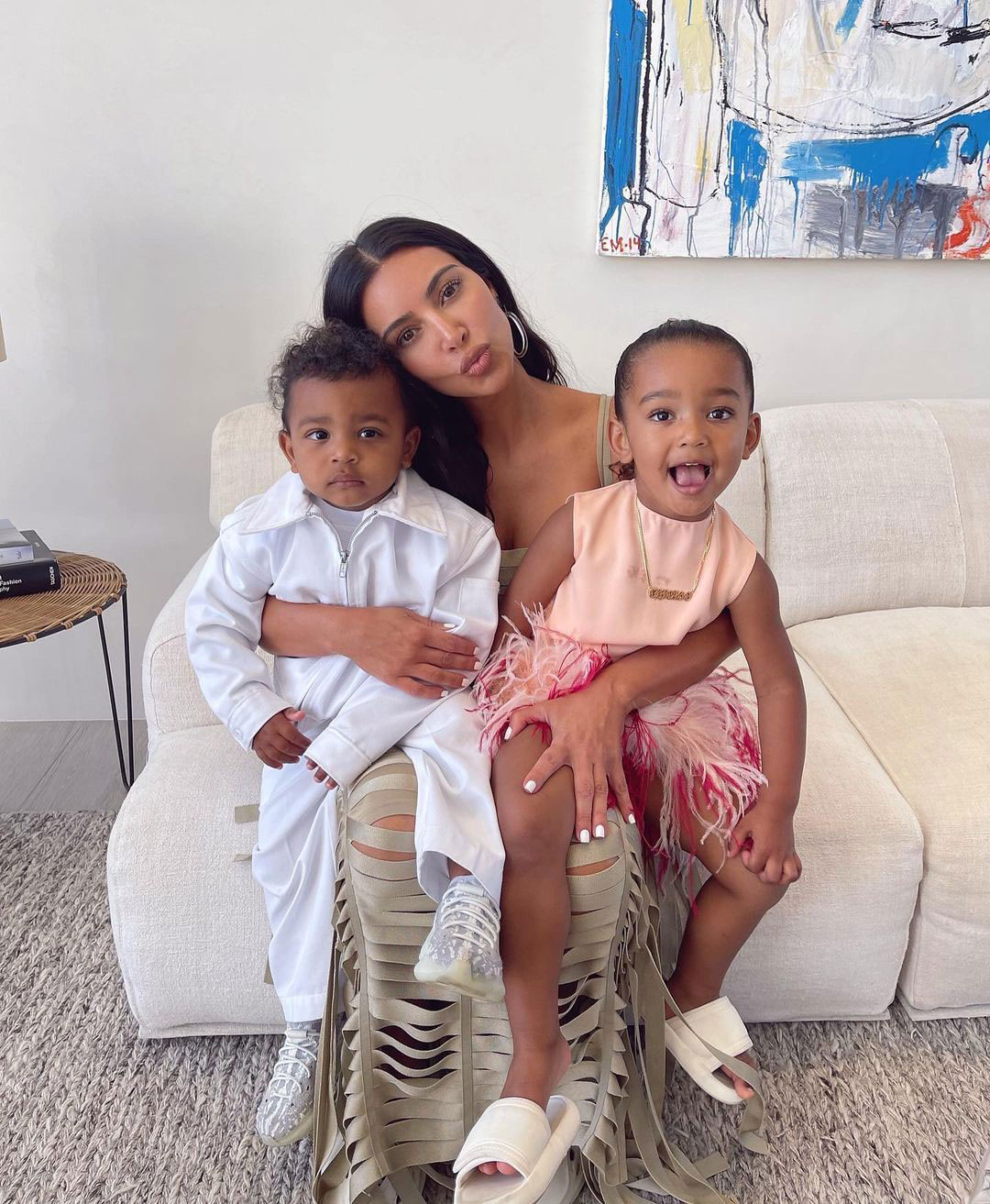 Sources previously told us that the “Keeping Up With the Kardashians” star has been deluged with romantic offers from various billionaires, royals and assorted other A-list-types since the split, while West has his sights set on dating an “artist and a creative person” so that they “can speak the same language to each other.”

Khaled, for his part, is releasing his new album, “Khaled Khaled,” on Friday.