Precious Prince Louis wasn’t the only royal repeating an ensemble during the Queen’s Platinum Jubilee.

Kate Middleton, Duchess of Cambridge, and Camilla Parker Bowles, Duchess of Cornwall, both ventured into their closets for the Trooping the Colour parade.

The future queens rode together in a royal carriage, accompanied by the Queen herself and Kate’s three children, Prince Louis, 4, Princess Charlotte, 7, and Prince George, 8.

Kate, 40, opted for a custom white blazer dress by one of her go-tos, Alexander McQueen, who was also behind her wedding gown.

The Duchess of Cambridge paired the dress with a navy and white Philip Treacy fascinator, channeling Princess Diana not only with the white look but also her sapphire and diamond jewelry. Middleton has sported versions of the dress in various colors over the year and wore the same look in June 2021 to the G7 leaders reception. 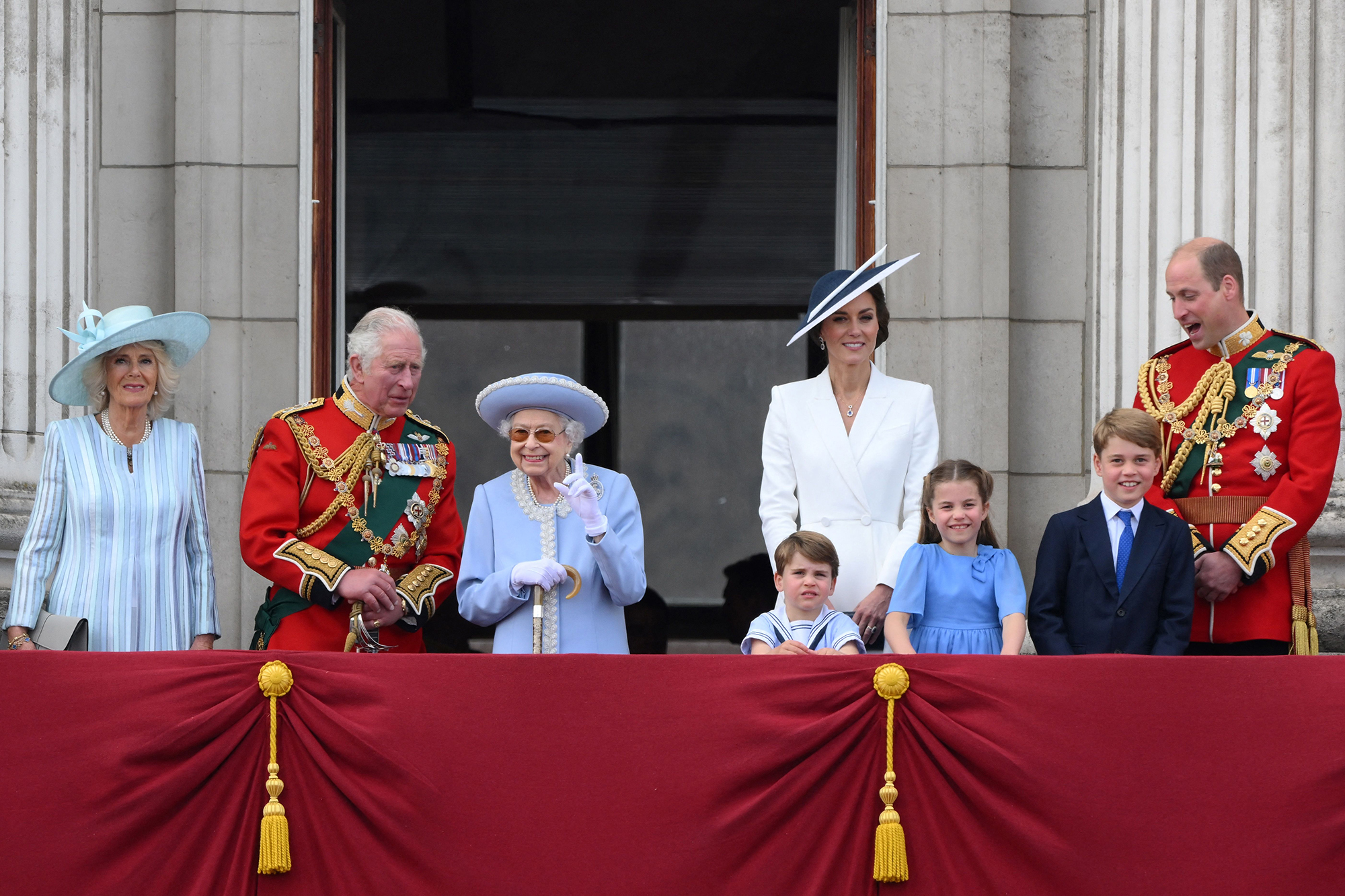 Camilla also dug into her archives for Thursday’s look. The Duchess of Cornwall, 74, chose a blue striped dress from British fashion designer Bruce Odfield and her own Philip Treacy hat. She was spotted in the same coat dress in June 2021 as well, when she attended the Royal Ascot. 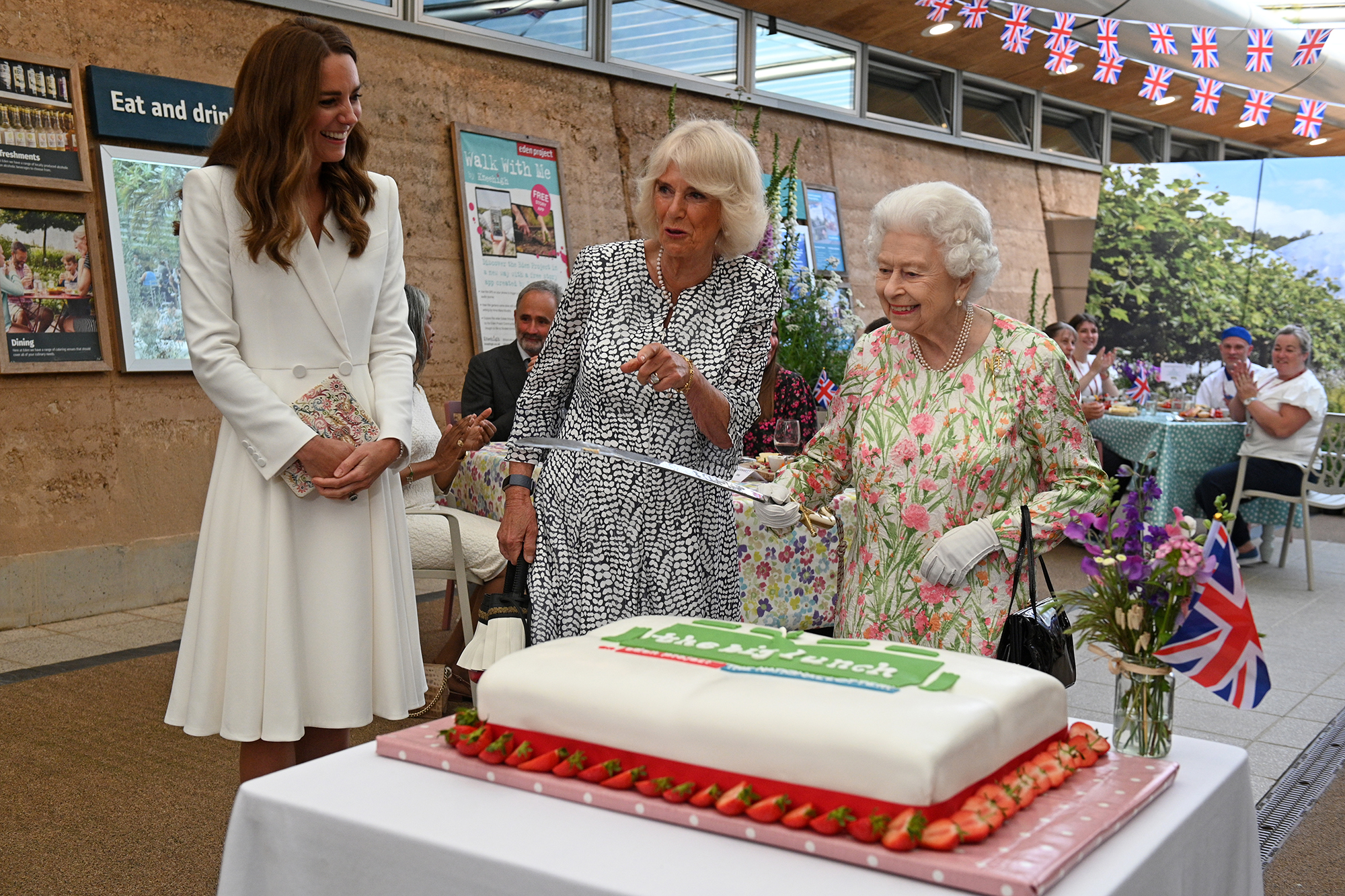 The two were on-theme for the event, with the entire royal family dressed in shades of blue, which is thought to be the Queen’s favorite color. While Prince Louis wore his dad’s hand-me-down nautical look, while older siblings Prince George and Princess Charlotte wore a blue suit and blue dress, respectively. 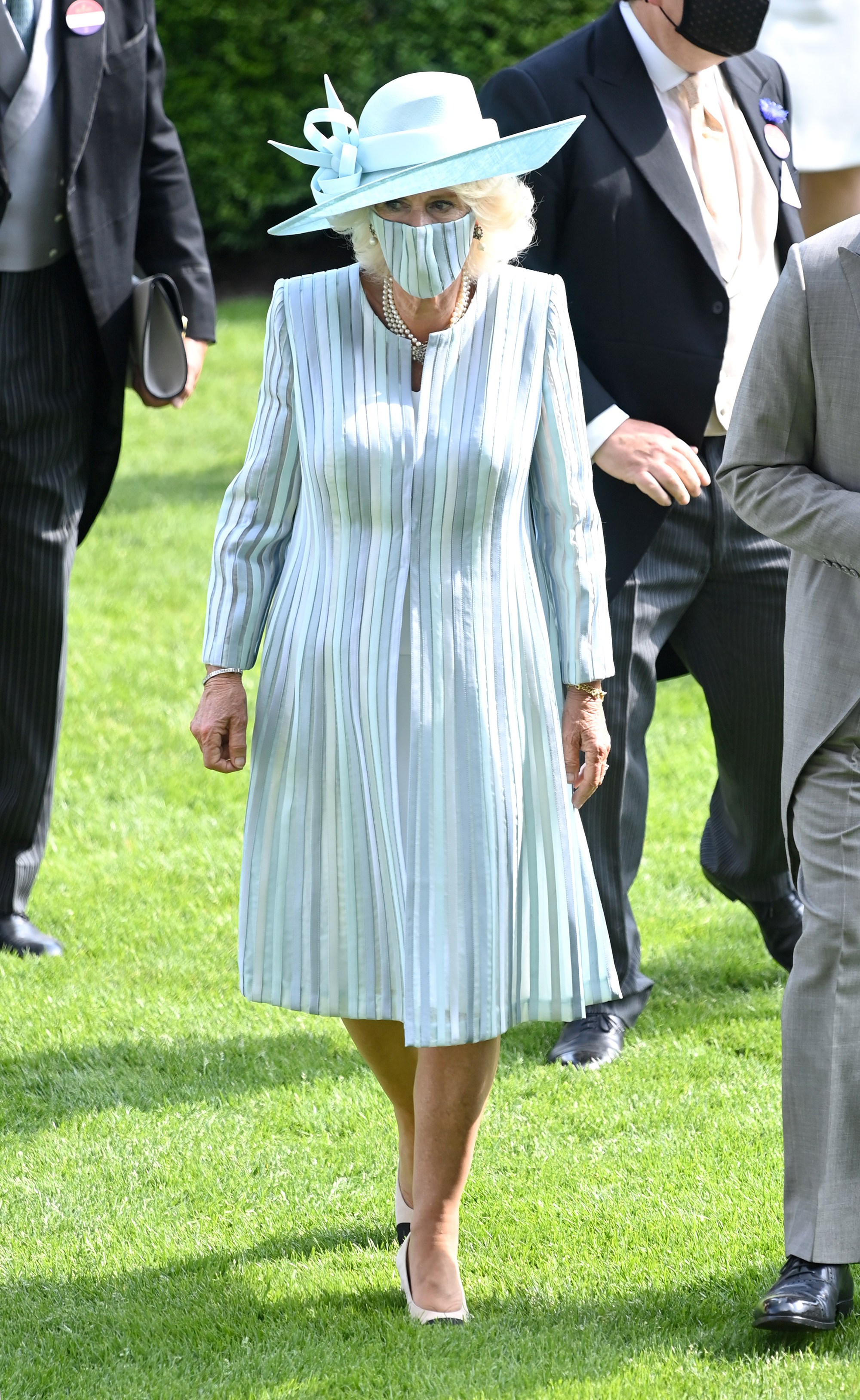 Queen Elizabeth celebrated her big day in a powder blue coat dress with white beaded embellishments and a matching hat, of course.