Katie Lowes is staying in the Shondaland family, and she has no plans of leaving. The Scandal star is starring in Shonda Rhimes’ new Netflix series Inventing Anna, which follows the whirlwind rise and fall of Anna Delvey. She will also be tackling comedy in the upcoming CBS series Smallwood. HollywoodLife chatted EXCLUSIVELY with Katie about her exciting Shondaland project and more.

“First of all, I’ll follow her [Shonda Rhimes] and go with her to the ends of the earth. Wherever she wants to go, I’m there,” Katie told HollywoodLife while promoting Red Nose Day. “It was really cool. It has all the special sauce that makes a Shondaland show a Shondaland show. I think we even saw it with Bridgerton. There’s still that sort of that page-turny, OMG moments that they do so you can’t wait for the next one. I think everyone’s going to finish the hell out of this show. It’s exciting because it’s streaming which means there can be like an F-bomb here or there or this next scene doesn’t have to end. They don’t have to abide by the network standards and practices, so it might even be saucier and steamier.” 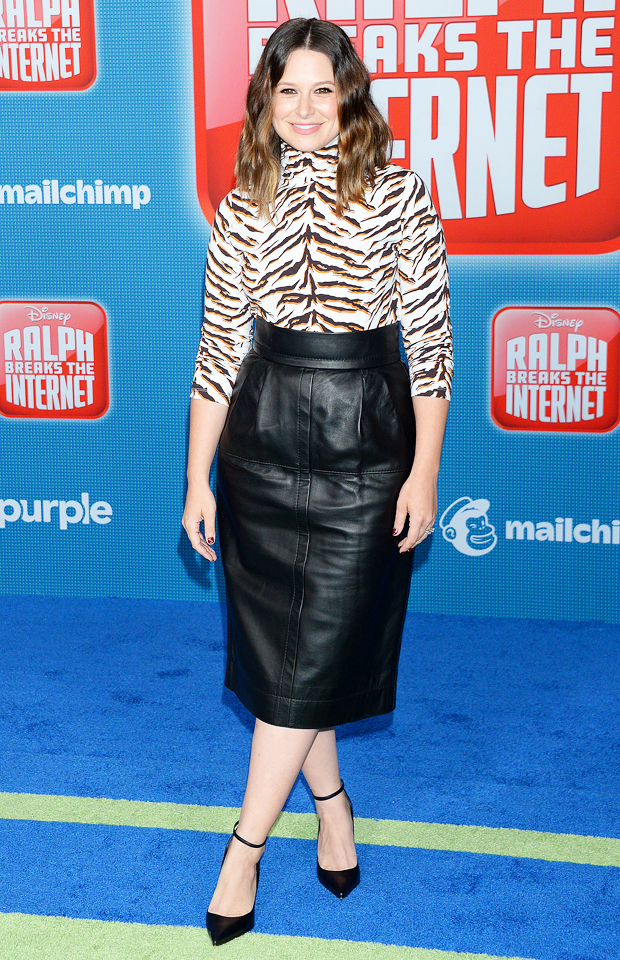 The series will be released on Netflix and also stars Julia Garner, Laverne Cox, Anna Chlumsky, and more. The series was created and produced by Shonda. Katie first joined the Shondaland world when she was cast as Quinn Perkins on Scandal in 2012. The show came to an end in 2018 after 7 crazy and twist-filled seasons. Despite the show ending, the Scandal cast will always be family.

“We’re on a huge chain with all of the Scandal actors and all of our significant others because we really, truly were a family,” Katie said. “A lot of us got married on that show, had babies on that show, met our people on that show. We really were a very tight-knit family. Before COVID, we had a huge Scandal reunion at George Newbern’s house, and we all had a big sleepover party. It was the most fun ever. Since COVID, all of us are quarantining in different countries, half of us are working in Canada and all this stuff. I was just about to send a text to the chain being like, when is the Scandal reunion? Are we all hanging out? My goodness, we better plan something big for the 10-year anniversary.”

When the show ended, Quinn got her happy ending with Charlie and Robin. Olivia also left Quinn in charge of Olivia Pope & Associates, which is now Quinn Perkins & Associates. Katie revealed what she thinks Quinn is doing today. “I think she’s doing an exceptional job,” Katie said. “I think she’s kicking ass and taking names at running OPA and doing all the PR dirty underground tricks to make Washington, D.C. run smoothly. I think she would always want to make Olivia Pope proud. I think motherhood is probably really hard for her. I think she probably has a wonderful nanny who helps run some semblance of a household. But I also think Quinn has cameras everywhere. I guess she and Charlie have ridden off into the sunset with all of their torture devices, but I don’t know how they’re ever going to tell their baby girl Robin what they do for a living. Maybe we’ll see that in a Scandal reunion.” 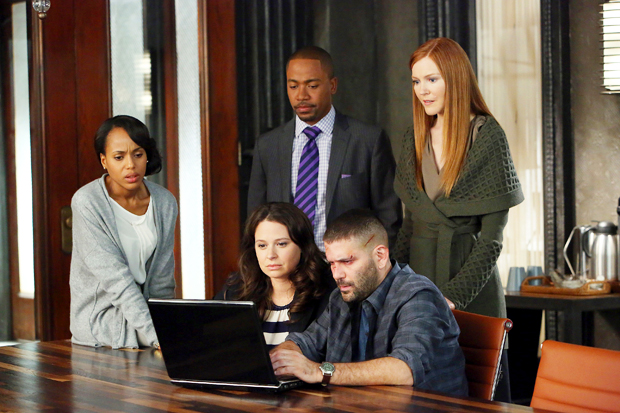 Katie also spoke with HollywoodLife about working with Walgreens and Red Nose Day. She revealed why Red Nose Day is so important to her.

“Kids have really been such a huge part of my life and really pulled at my heartstrings that I’m just so blown away by what Walgreens and Red Nose Day have been able to do,” Katie told HollywoodLife. “Do you know they’ve raised $240 million in the past 7 years where Walgreens has been the exclusive place that partners with Red Nose Day? I just feel like they’ve pivoted so well in the pandemic because when it used to be Red Nose Day you could go to Walgreens and pick up your red nose and donate to Red Nose Day and put it on. Of course, that is not COVID safe. They’ve done an incredible job of pivoting digitally where you get an awesome filter of the red nose, which I posted on my Instagram feed, and it’s so freaking adorable. If you don’t know about Red Nose Day, what’s so cool about it is that 100 percent of the proceeds go to helping kids in every area, so I’m talking poverty, food, educational services, shelter, transportation, all of these things that help our kids. Now in the pandemic kids need help more than ever, and I’m just so proud to be a part of it. They’ve made it so easy for people to donate. You can still donate in person when you’re checked out and you’re shopping for all your other stuff at Walgreens, you can do it on the Walgreens app, or you can do it at walgreens.com/rednoseday. I just can’t believe the work that they’ve done. Again, spanning all of these different places where kids are in need and have done such an amazing job over the past seven years raising $240 million, and it ends this year. It ends Monday, May 31, so come on guys, we’ve got the weekend to keep on donating and keep raising money.”