Shannon Beador gets dragged for hanging with Kelly Dodd

Kelly Dodd says Gina Kirschenheiter’s boyfriend, Travis Mullen, will leave her — “guaranteed” — if she’s not brought back for another season of “The Real Housewives of Orange County.”

Though Kirschenheiter’s job doesn’t appear to be at stake, Dodd seems to think Bravo won’t offer the Long Island native a contract for Season 17.

“Guaranteed that Travis [Mullen] dumps her!! Watch,” Dodd, 46, replied to an Instagram user who asked how she felt about the possibility of “Gina getting fired.”

The “RHOC” alum went on to reiterate how sorry she feels for Kirschenheiter and Mullen’s six combined children because they live together in one modest-sized home, which Dodd believes will have to be downsized if they split.

“It’s sad because she has 6 kids smashed in two bedrooms now it’s going to go down to 1 bed with 6 kids,” Dodd wrote, seemingly forgetting that a breakup would result in each parent taking their respective three children with them. 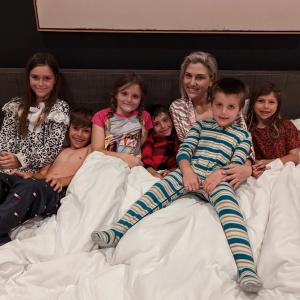 Gina’s ex-husband, Matt Kirschenheiter, is currently dating a woman whom the “RHOC” cast and fans alike have branded as Dodd’s doppelgänger.

Capitalizing on the undeniable similarities, the former Bravolebrity concluded her Instagram rant with: “I feel bad for the kids, they might have to move in with my lookalike and hot Daddy!!”

Though Gina has yet to respond to Dodd’s latest public diss, she and Matt — and their significant others — seem to be on excellent terms these days. 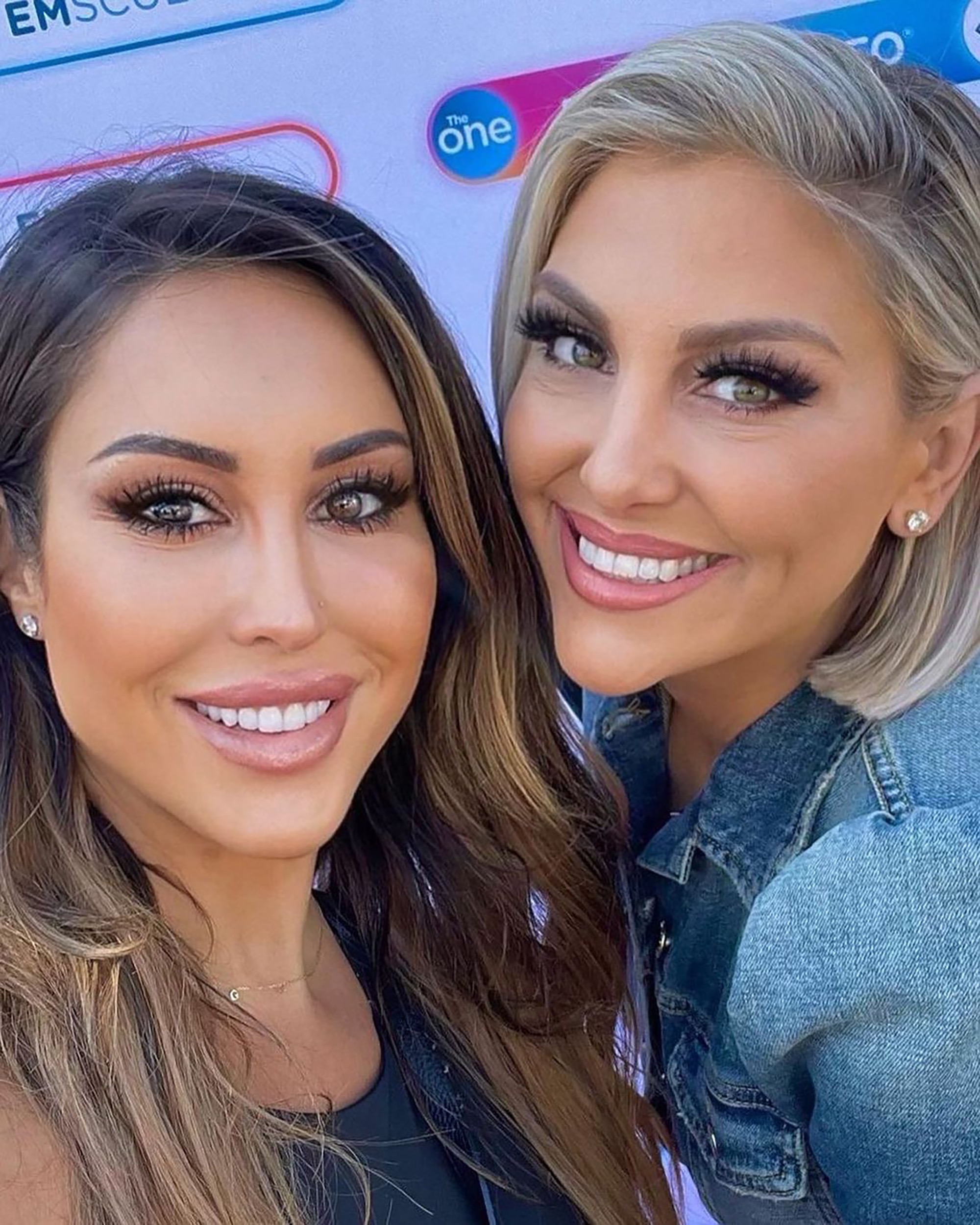 “Shout out to this bonus mom! We are happy to have u in our lives ‘Birdy’! @britty.birdy.britt,” Gina captioned a recent Instagram selfie she took with Matt’s girlfriend, Britt.

“Thank you for writing hearts on their snack bags, making ‘THE BEST’ bow tie pasta, making them belly laugh and loving on them as if they were yours ❤️,” she continued, adding the hashtags #bonusmom and #coparenting.”

“Love the people that love your children… ❤️.”

Britt reshared the “beautiful” post “because we got this co-parenting thing down & it deserves to be celebrated!” 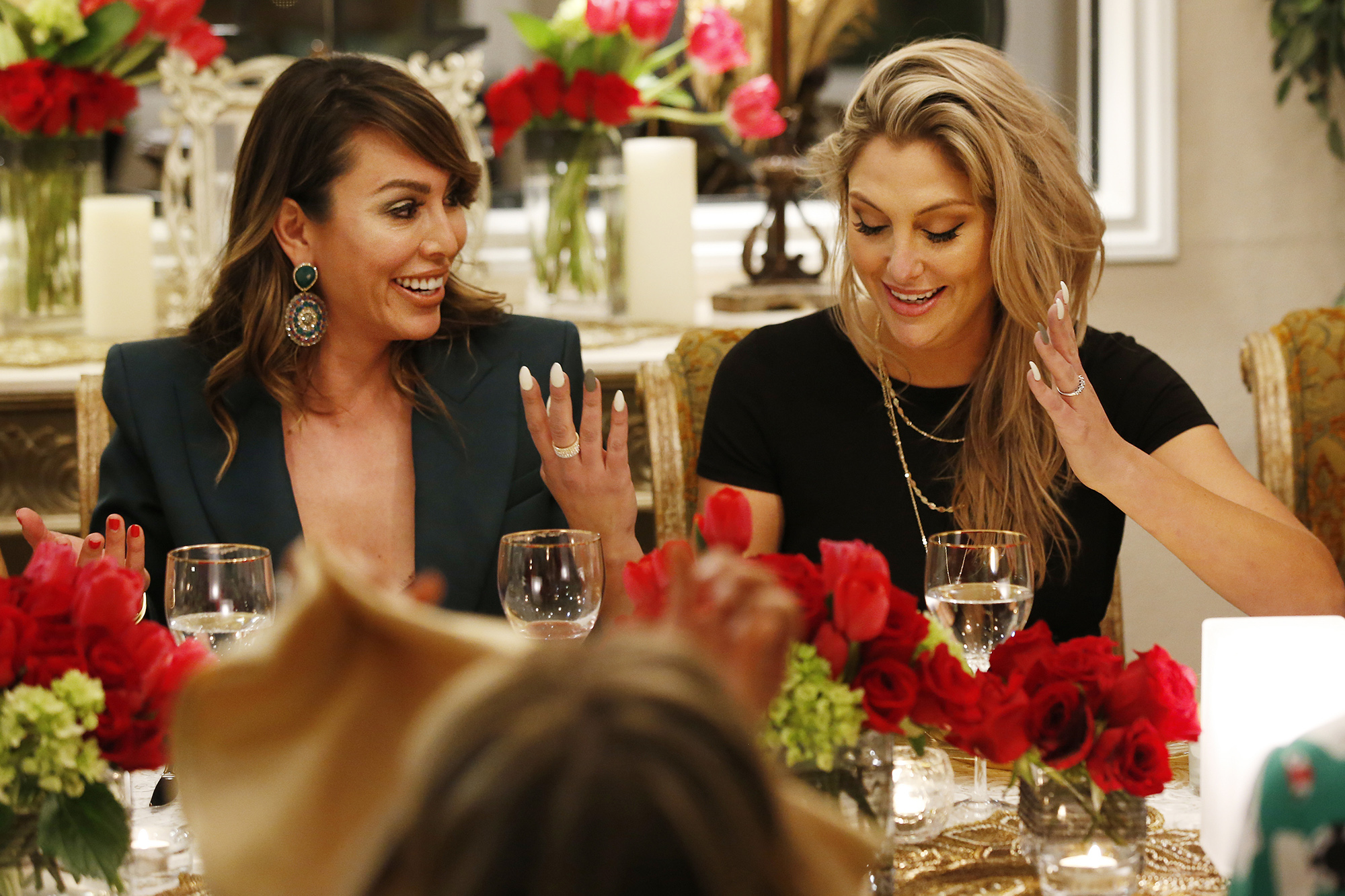 As for the Gina’s future on the show, she told curious fans via Instagram she “wasn’t demoted ❤️❤️❤️” and that stories about her getting booted are “rumors, rumors, ahgggh ❤️❤️❤️❤️.”

Bravo did not immediately respond to Page Six’s request for comment.