Branagh becomes Boris: Sir Kenneth studied the PM’s movements and speech and spent hours in make-up to play him in an unflinching new series set during the first brutal wave of Covid

Sir Kenneth Branagh admits that when he was asked to play Boris Johnson in a drama about the brutal first wave of the Covid virus while Britain was still dealing with the second, he thought it was too soon. But then he read the script, and realised the show needed to be made immediately while the memories were still fresh.

This England, a fast-paced six-part series looking at Covid from every angle – from China, SAGE and vaccine scientists to NHS workers and those in Downing Street and care homes – is the result.

‘What I was drawn to was seeing so many different strata of society side by side, and how authentically the writers had researched it,’ says Oscar-winner Kenneth. 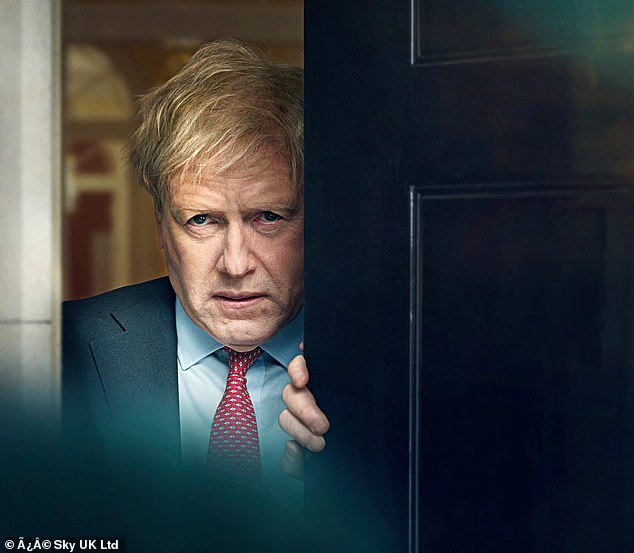 Sir Kenneth as Boris Johnson in This England. He plays Boris in an unflinching new series set during the first brutal wave of Covid

‘It’s a chronicle of our nation’s life at a moment of crisis. It seemed to me it was important to try to capture something while it was still almost white hot.’

The series, which mixes real footage with dramatisation, starts with Boris Johnson still an ambitious MP, and whizzes through Brexit rows and his 2019 general election win.

Then we see Boris’s pregnant girlfriend Carrie Symonds (Ophelia Lovibond) throwing up in the toilet at 10 Downing Street as reports of a strange virus in China start to emerge, before the frantic behind-the-scenes discussions about what to do when it becomes clear how dangerous the virus is once it arrives in the UK.

The series is written and directed by Michael Winterbottom, but he insists it’s not driven by political motives. ‘Boris is just one strand that runs through it – it’s a mosaic of lots of different stories,’ he says. 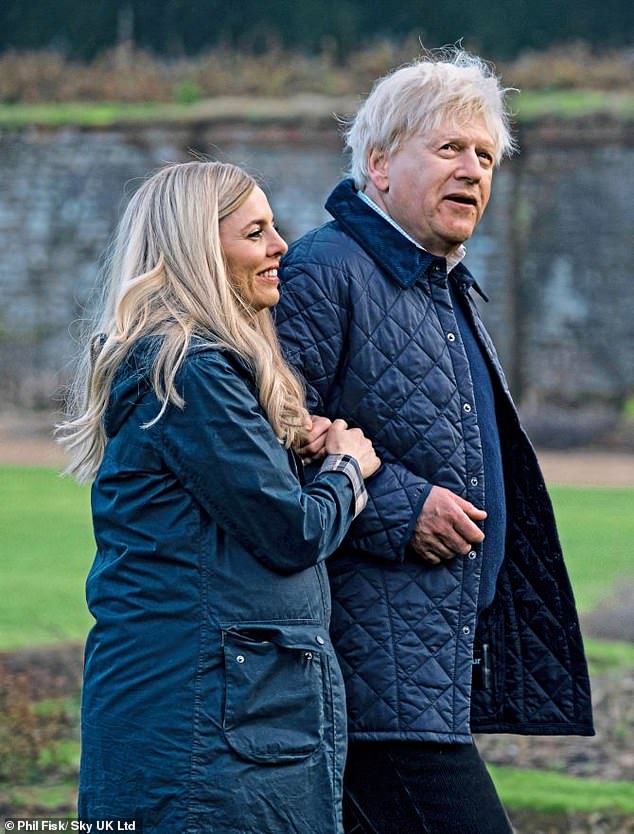 ‘If you think about what was happening in early March 2020, eight days later it was a totally different situation, so we’ve tried to keep that pace.’

The drama ends in May 2020, and takes in controversies such as Dominic Cummings’s visit to Barnard Castle, hospital patients being sent back to care homes without being tested and the desperate search for PPE equipment. It’ll also show the PM’s own battle with Covid, which nearly killed him.

Michael Winterbottom claims the show paints a ‘sympathetic picture of Boris, at odds with the one painted by Dominic Cummings’, who said it was his duty to get rid of his old boss.

Kenneth studied Boris’s mannerisms to get his portrayal just right. ‘He leads with his shoulders, head down,’ says Sir Ken.

‘That physicality, the walk, was something that came early on. He has a slight hunch to the shoulders, a sense of somebody taking things on.

‘There’s also a rhythmic element to his speech, the galvanising in short, cheerleading phrases.’

It took three hours a day in make-up to give Ken Boris’s look. ‘One prosthetic was like a balaclava of a neckpiece, and a lot of the time was spent making sure the prosthetic skin blended into my own.

‘Then we had to pull down the eyelids to have the slight slope that’s a Johnson family trait, and there was obviously a hairpiece to wear. I have very thin lips and Boris has quite a big upper lip, so I had a new one of those.

‘From the Y-fronts up, they stuck bits of Boris on me.’

It worked though, says Michael. ‘I hope Boris is flattered we picked Ken to play him,’ he says. ‘Who else could do it?’