“Sex and the City” alum Kim Cattrall says the most important word in her career is, “No.”

Cattrall — who played power publicist Samantha Jones from 1998-2004 and famously does not appear in the reboot series — told the crowd at Variety’s Power of Women event on Thursday, “I want to share with you something that has been a tremendous help to me over the years in navigating my personal life and managing a career.

“It’s simple, but at the same time is very complicated. It’s a word. And the word is ‘no.’”

While not bringing up the show specifically in her speech, Cattrall, 65, gave examples of how saying “no” has served her.

“‘No, that’s not for me,’” she said. “‘No, I have been there, I have done that.’ ‘No, I won’t be bullied.’ ‘No, that salary is unacceptable.’ ‘No, we are not having a meeting in your hotel room.’ And one of my favorites in particular, ‘No, I don’t want to be in a situation for moment that is not enjoyable.’”

She continued, “No helps define yourself, your boundaries and your goals, it keeps you creative and embraces change. It can allow you to transition out of one chapter and believe there will be more exciting chapters to come.”

“Saying no to the past is saying yes to your future. Ultimately, you are the screenwriter in the movie of your own life.”

In 2017, plans for a third “SATC” movie fizzled. Cattrall had said at the time it wasn’t “about more money, this is not about more scenes … This is about a clear decision, an empowered decision in my life to end one chapter and start another.” 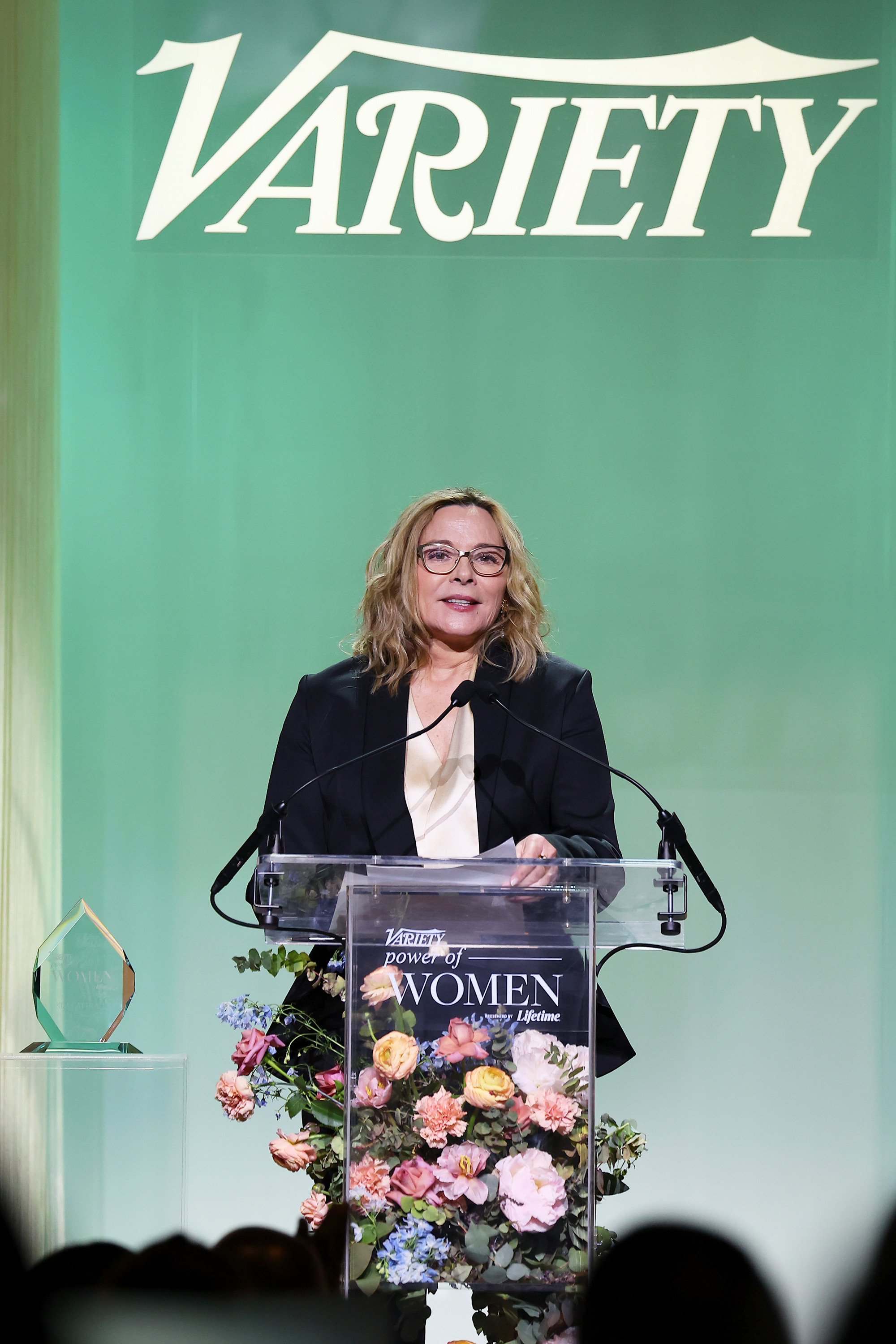 The “How I Met Your Father” and “Queer as Folk” star told Page Six on the red carpet at the event that she is in a good place in her life right now.

“I’m very happy with the choices I’m making, they feel like I’m creating in a different way with different people and that’s what makes me feel alive and fulfilled and happy,” she said.

Adding when it comes to fan criticism about her decisions, “The great thing about Twitter is you can block any of that crap so you don’t have to put up with it and I think the other part is I didn’t focus on it. I knew what my reasons were, I know who I am.”

While Cattrall famously does not get along with former co-star Sarah Jessica Parker, she is still getting support from the rest of the “Sex and the City” family. Series creator Darren Star gave a kind introduction at the event held at the Glasshouse and the show’s costume designer, Patricia Field, and original author, Candace Bushnell, were seated at her table. 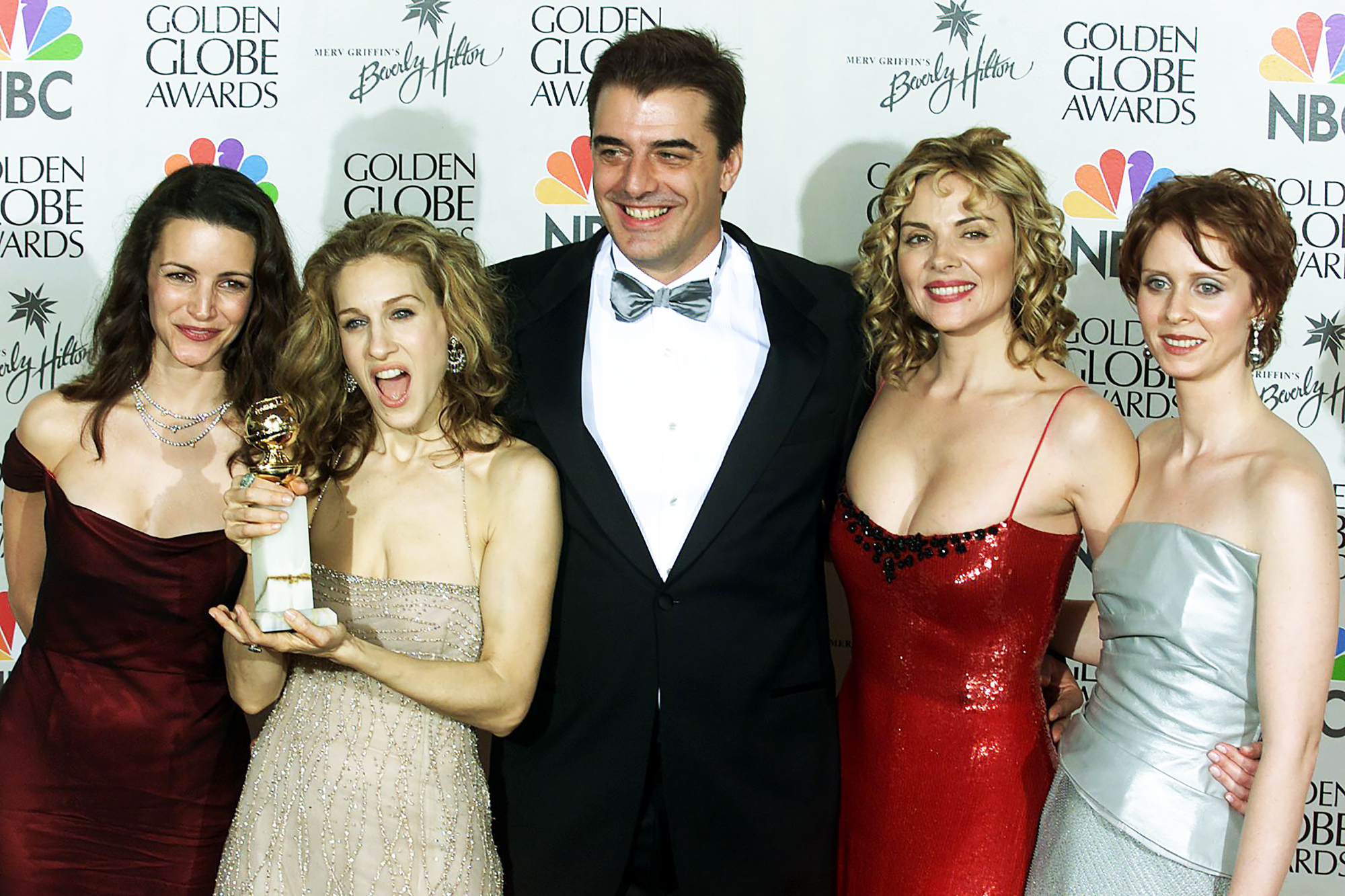 She has feuded publicly with Parker in the past, posting “You are not my friend,” on social media in 2018 after Parker expressed condolences over the death of Cattrall’s brother.

When asked about the real-life relationships with her castmates, Cattrall coyly stated, “My colleagues aren’t my friends. It was professional.”

Parker, however, has said there was no “catfight,” and recently said, “The actress that played the role is no longer playing that role, but people aren’t absent from your life when you don’t want them to be.”

Page Six first broke the news that HBO Max was rebooting the series.

Cattrall was being honored at the event for her work with the Actors Fund.