No high society nuptials will pass muster with the social set if there isn’t a full weekend of partying, and guests at Lady Kitty’s Spencer’s wedding to fashion tycoon Michael Lewis were treated to another day of festivities in Rome yesterday to round off the celebrations.

Glamorous guests including Lady Emma Weymouth, singer Pixie Lott and designer Jade Holland Cooper were spotted donning their finery – much of it by Dolce & Gabbana, of course – for a post-wedding lunch at Villa Aurelia where they toasted the newlyweds Kitty, 30, and Michael, 62, again with a backdrop of panoramic views of Rome.

The £20,000-a-day 17th century Roman villa is a popular spot with high society brides, with designer Misha Nonoo and oil heir Mikey Hess tying the knot there in September 2019, with Prince Harry, Meghan Markle and Princesses Beatrice and Eugenie in attendance.

After dining in the garden of the baroque villa and vineyard once owned Pope Paolo III that sits on one of Rome’s seven hills and enjoys extraordinary panoramic views of the Eternal City, Kitty and Michael’s guests danced to Italian music from the 1950s, played by a live orchestra. 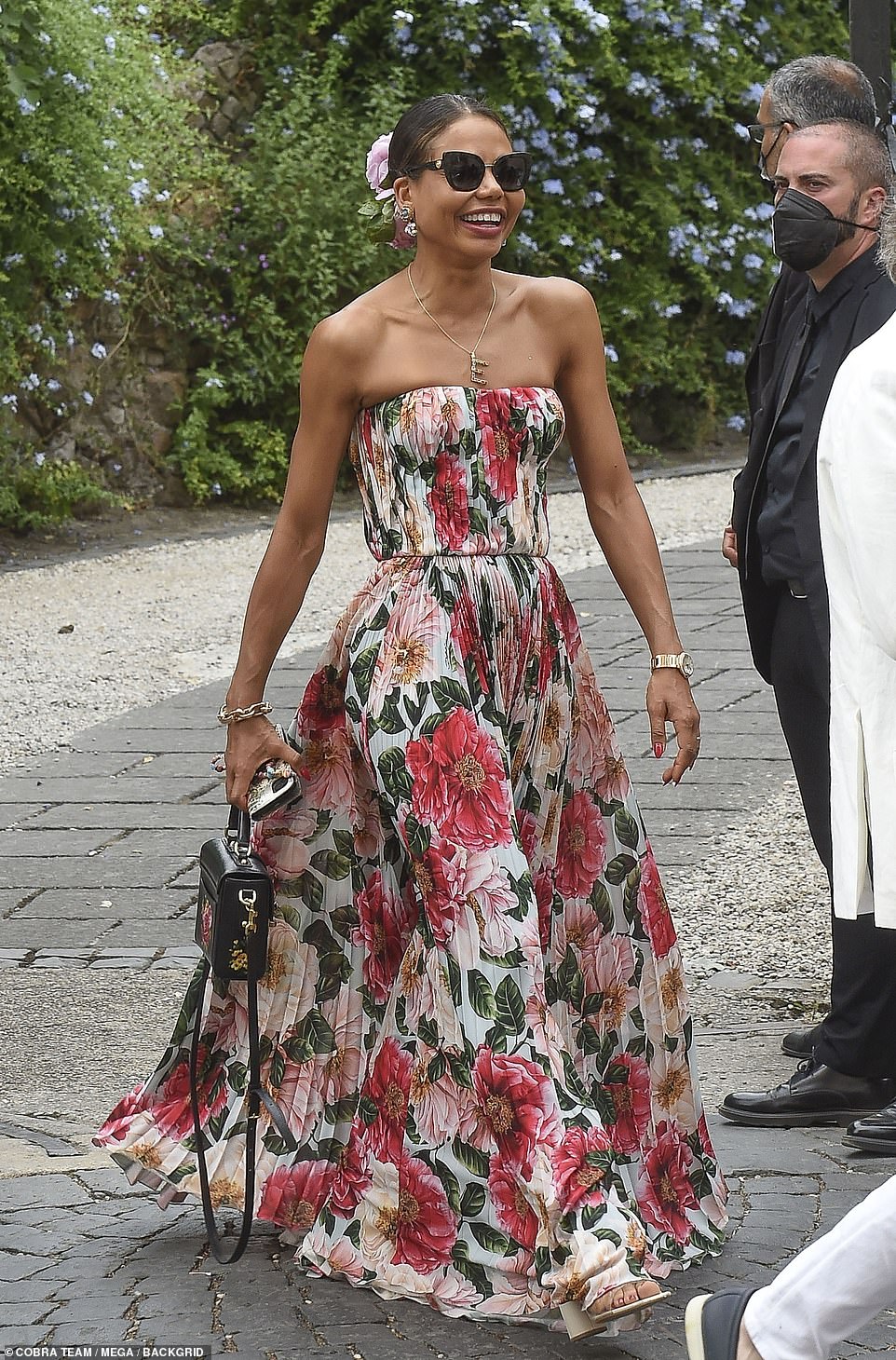 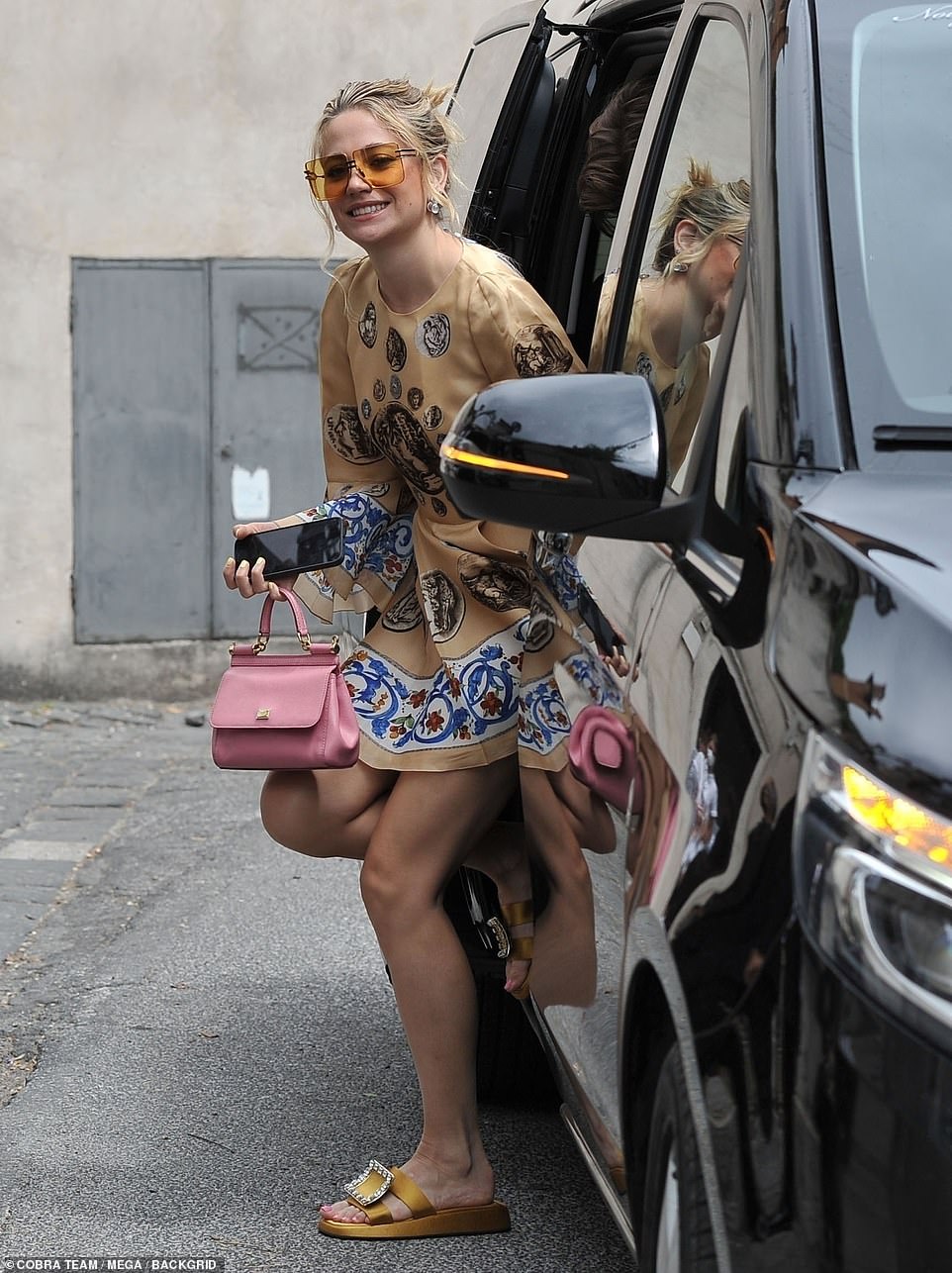 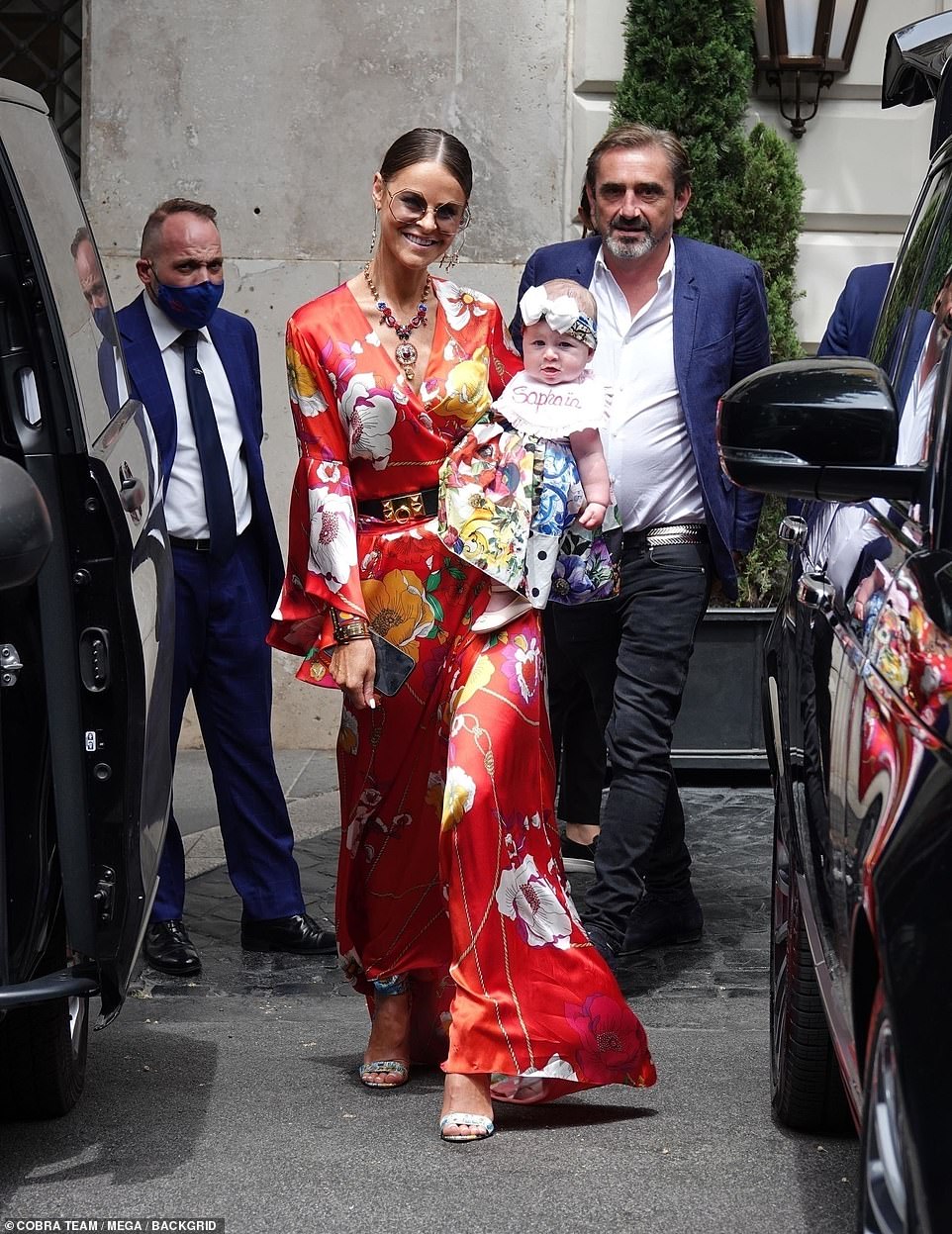 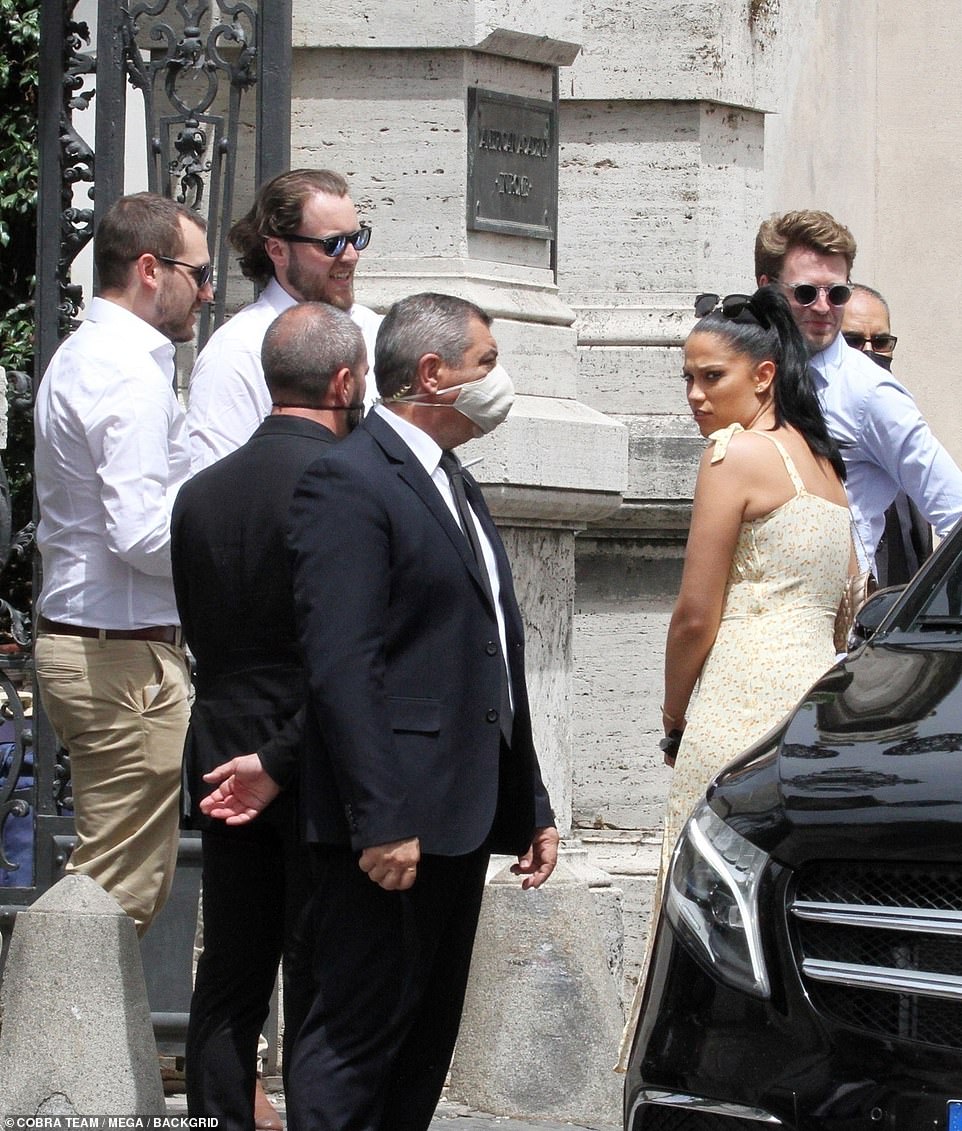 On her big day on Saturday, Lady Kitty, daughter of Earl Spencer and his first wife Victoria Lockwood, dazzled in a series of gowns all made for her by fashion house, while the Italian duo also dressed many of her glamorous attendees.

Kitty was escorted at the ceremony, held in the gardens of the Villa Aldobrandini – a stunning mansion in Frascati, near Rome – by her brother Louis Spencer, Viscount Althorp, and half brother Samuel Aitken, whose father is businessman Jonathan Aitken. However there was also no sign at the festivities, which spanned several days, of her father, nor Kitty’s cousins Princes William or Harry, whose weddings in 2011 and 2018 she attended.

Also understood to have been present were the groom’s three grown-up children from his marriage to ex-wife Leola.

After the ceremony, the couple treated guests to a sumptuous dinner and dancing, before they took to the balcony to watch an incredible fireworks display. 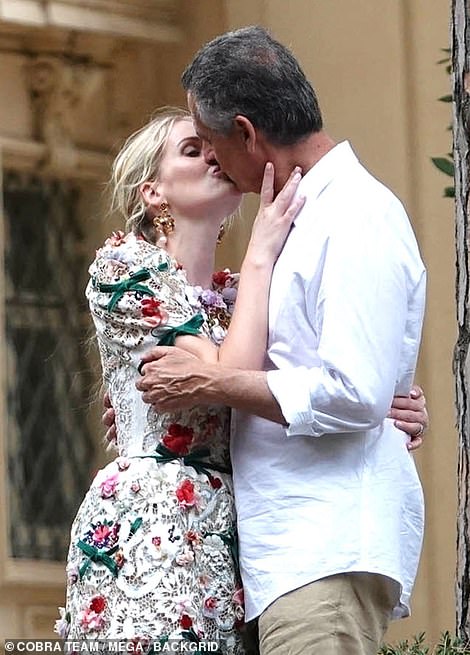 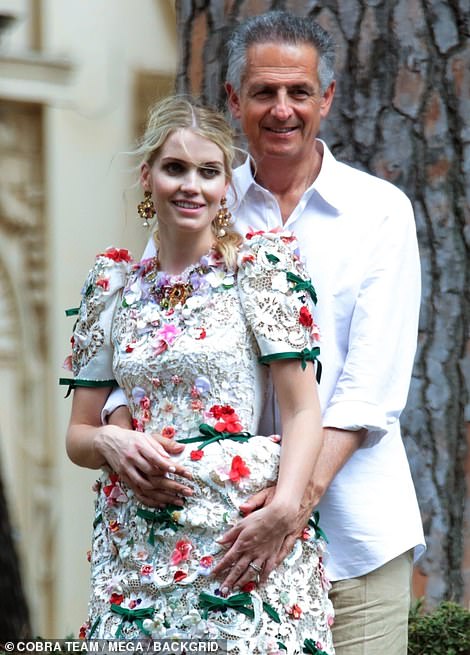 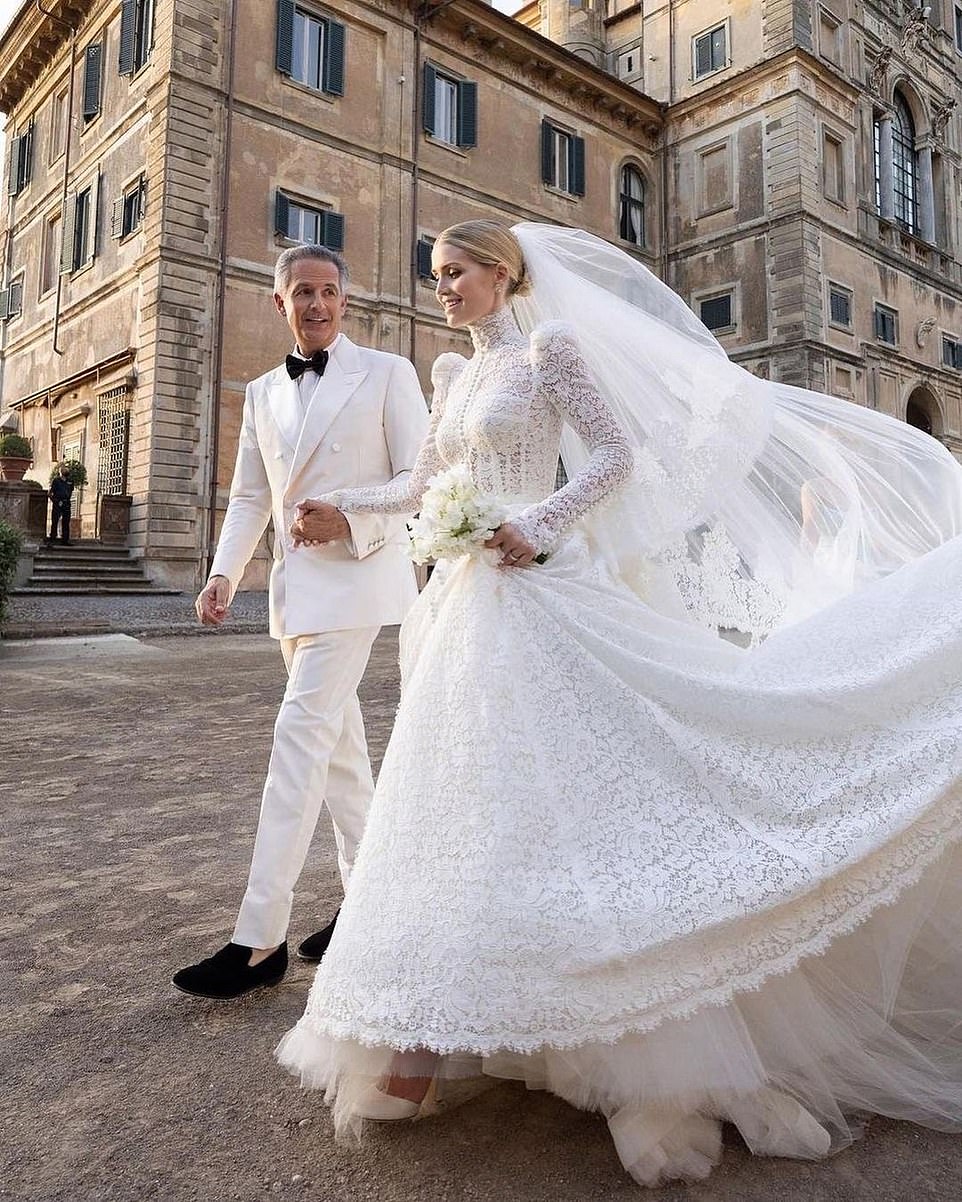 With a trousseau of five ever-more breathtaking dresses featuring yards of lace, silk and tulle, it was a wedding fit for a princess – the stuff of which fairytales are made 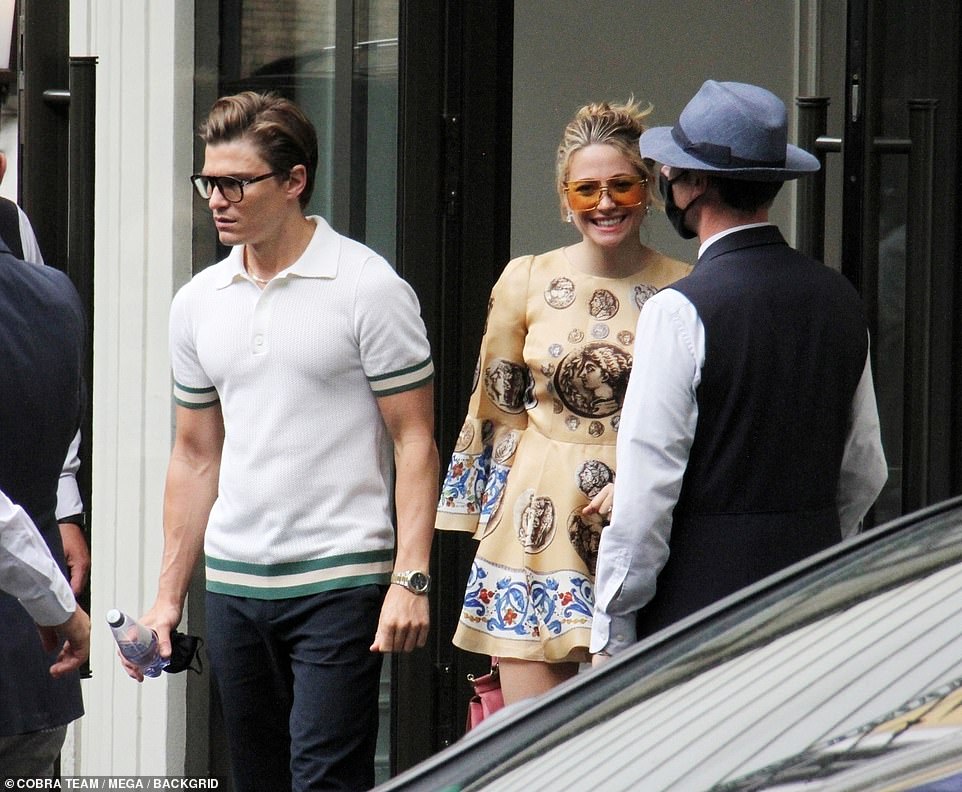 Yesterday, guests including Pixie Lott and her boyfriend Oliver Cheshire, were spotted leaving the Eden Hotel to head to Villa Aurelia for a celebratory lunch 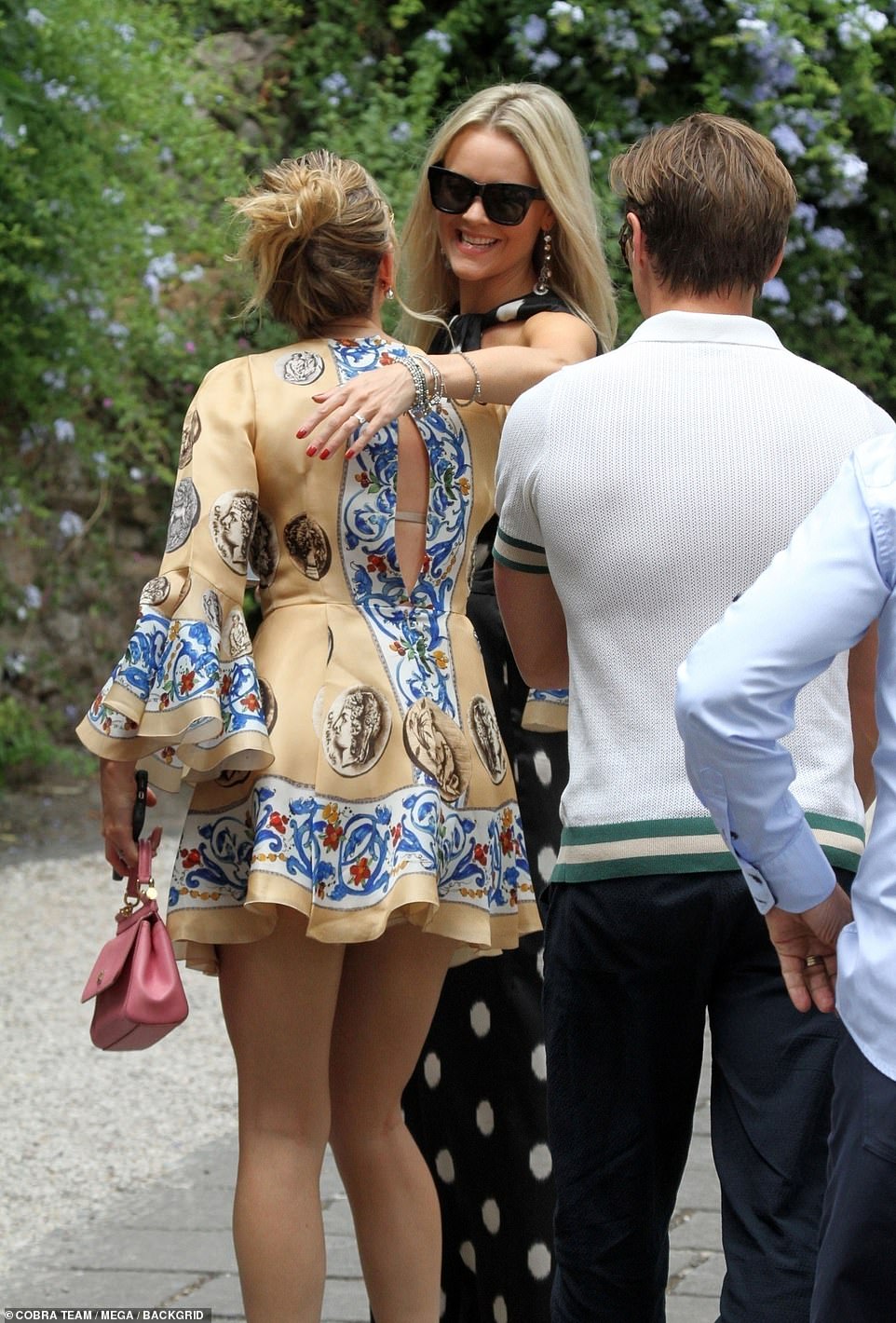 Prince William, 39, and Prince Harry, 36, did not attend the event in Italy amid the ongoing Covid-19 crisis in the UK and the US.

Lady Kitty has never publicly spoken about her husband, who she was first seen kissing in August 2019 after leaving Club 55 in St Tropez. 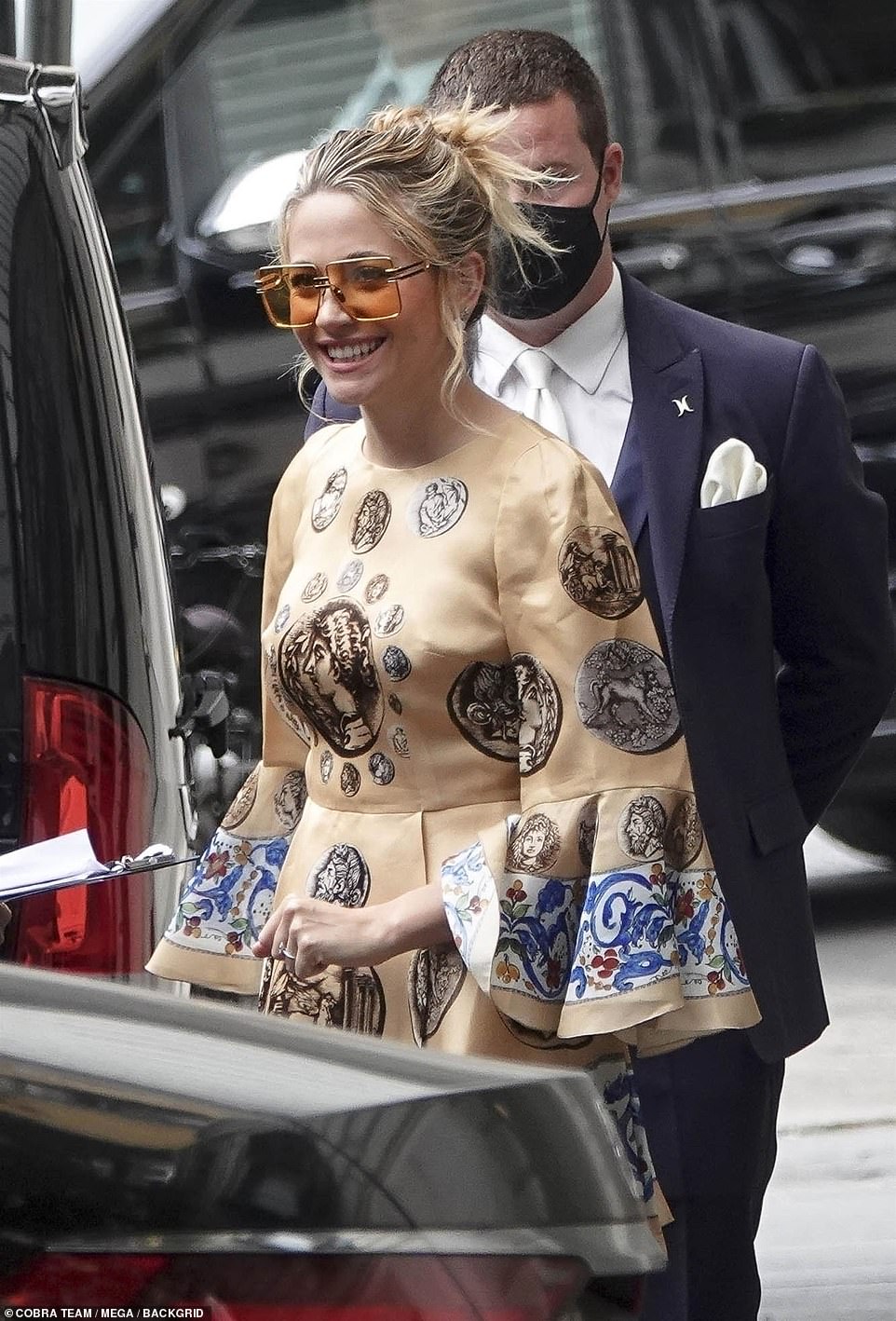 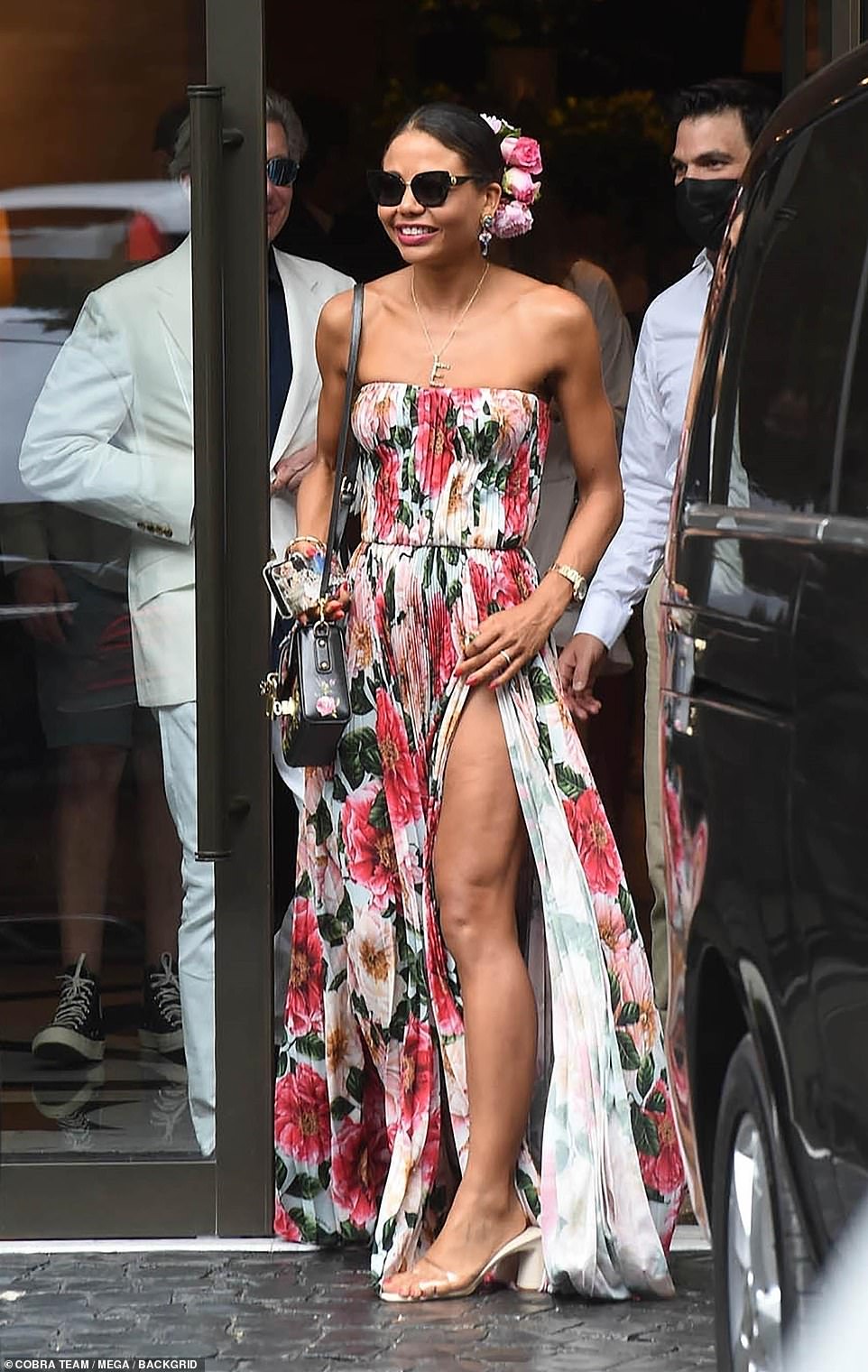 Head to toe glam: Emma Weymouth, who like Kitty is a D&G ambassador added a bold ‘E’ necklace to her gorgeous dress 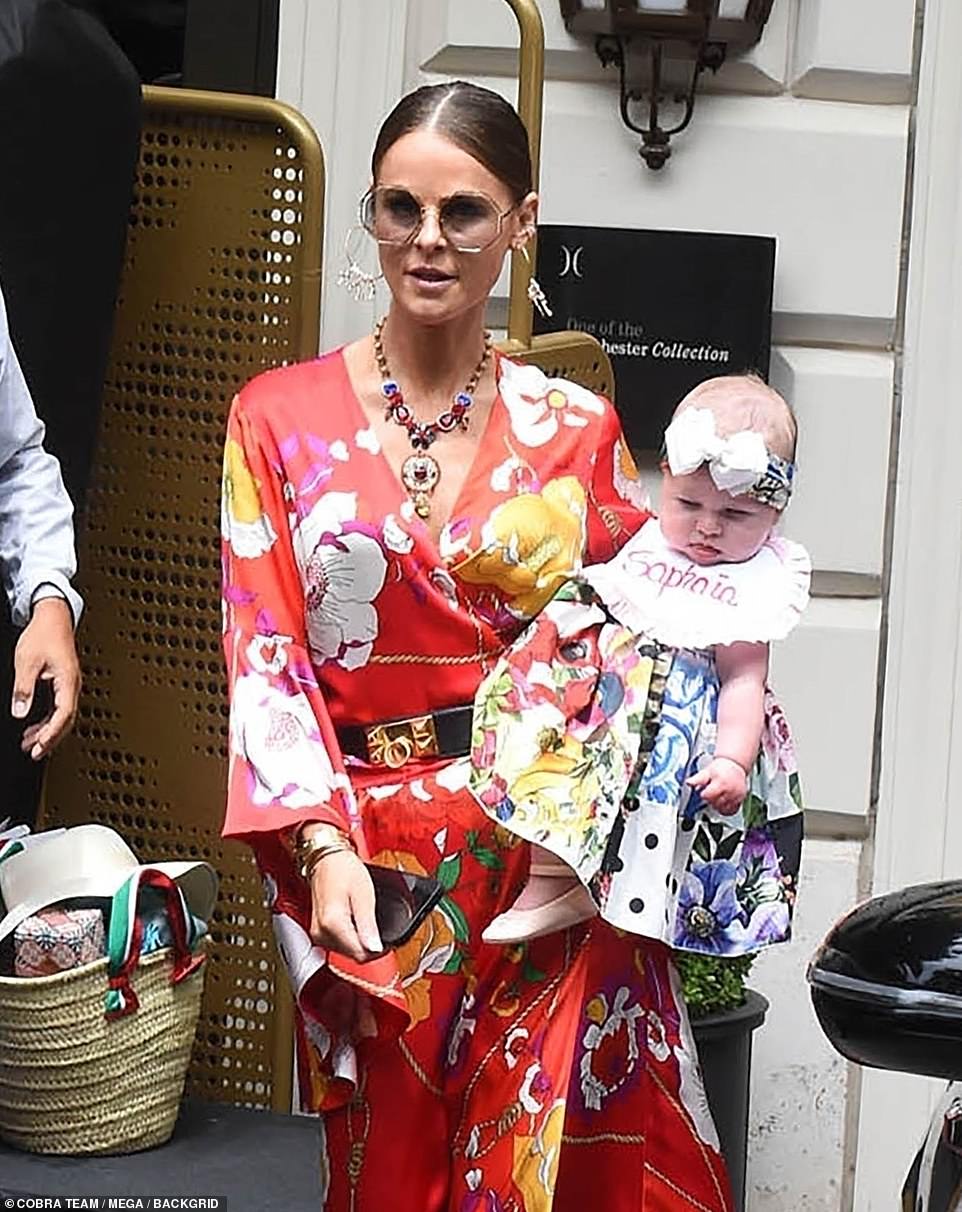 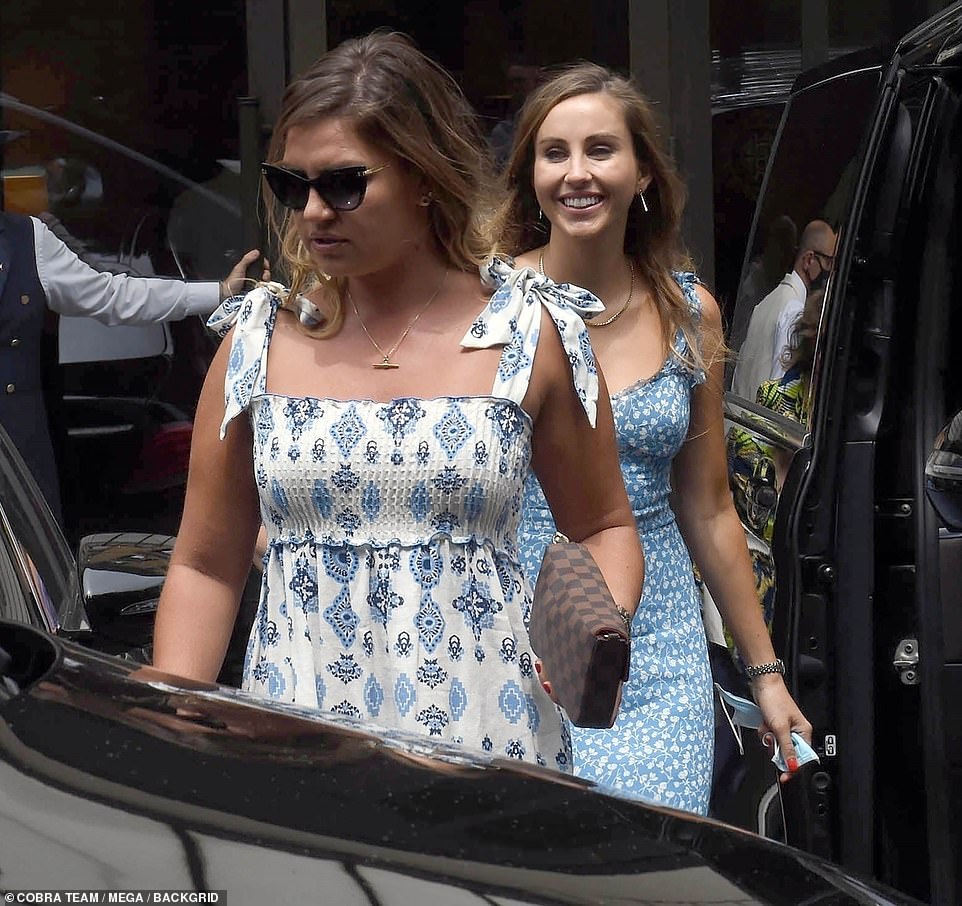 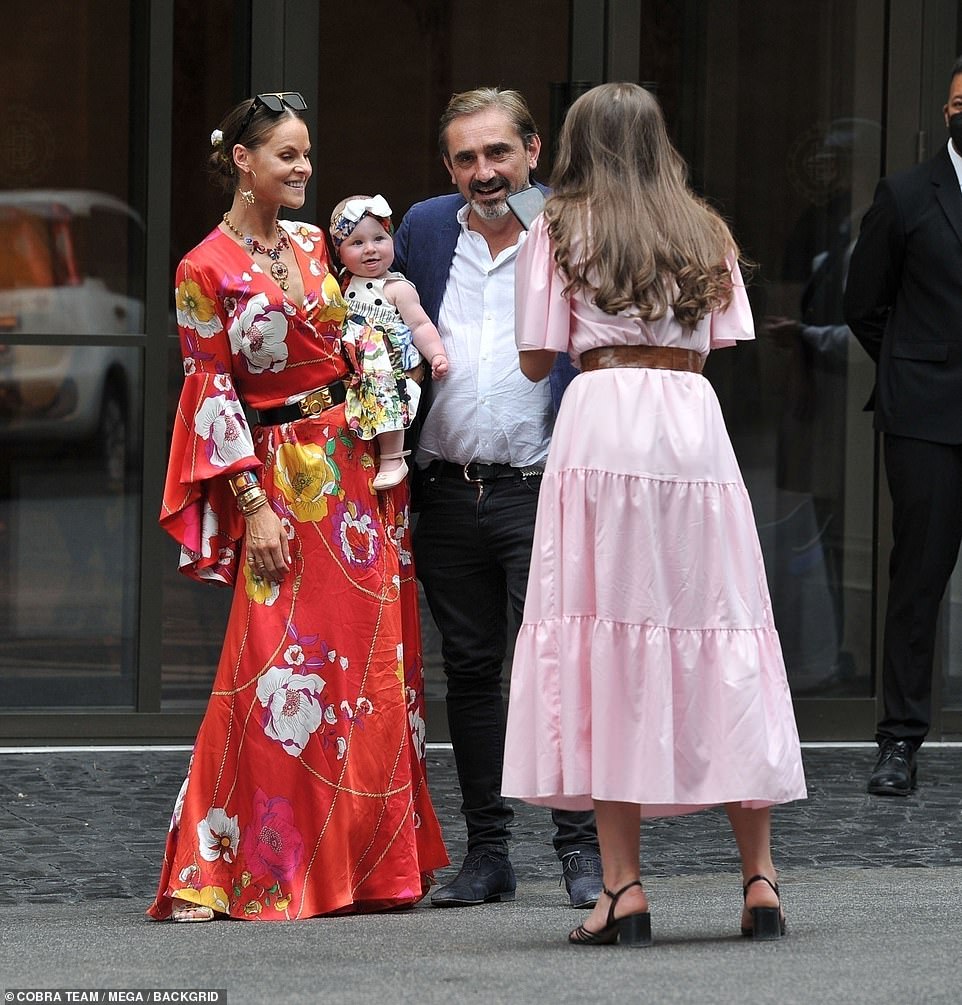 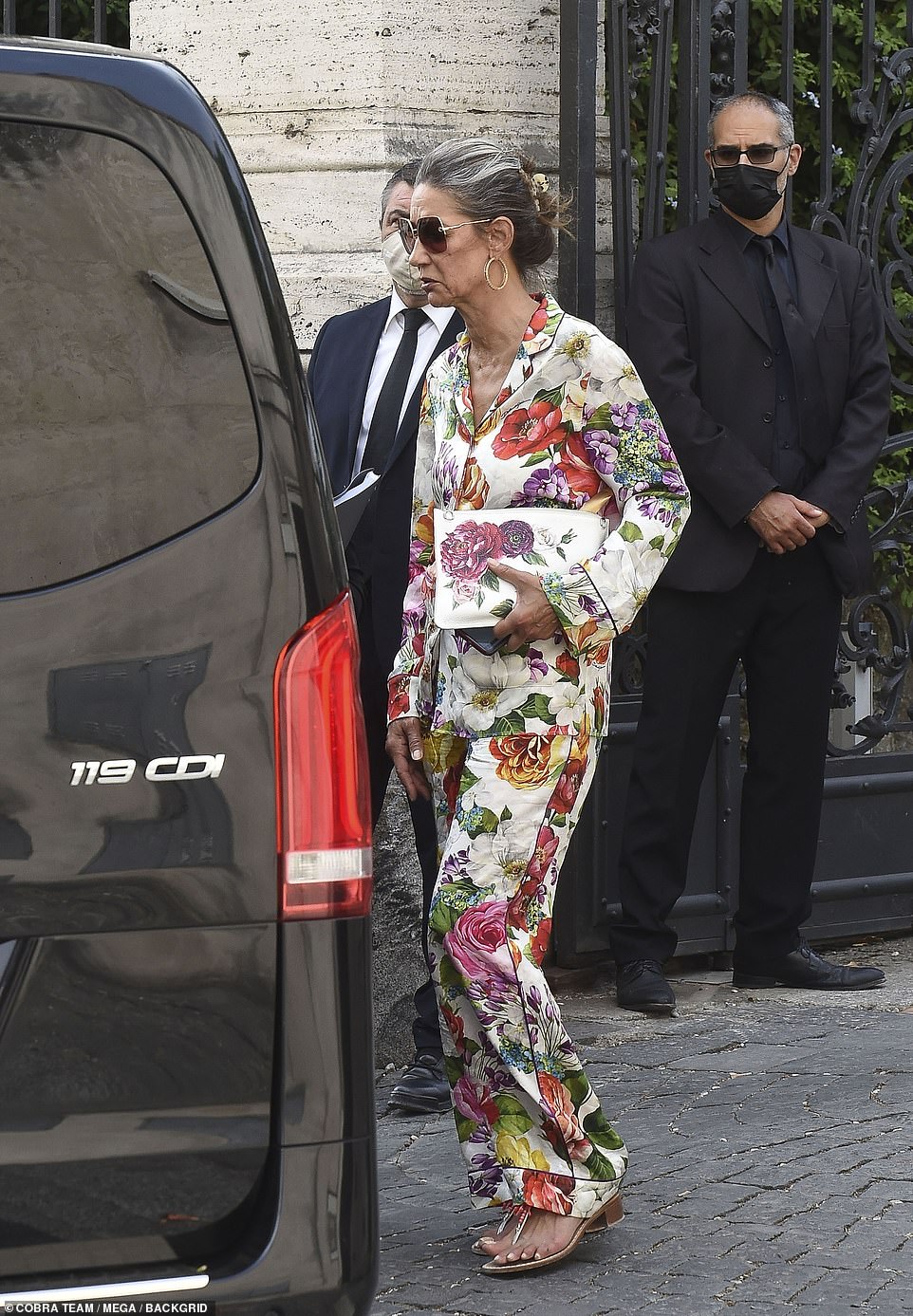 Previously speaking to the summer issue of Town & Country, the model cousin of Princes William and Harry said: ‘It’s not that I don’t place an importance on love. It’s because, for me, love is the most important thing in the world, and I will protect it with all my heart by not making it a topic of discussion.

‘You open yourself up to other people having opinions, and it just isn’t relevant to anybody’s life but mine and my family’s.

Despite staying tight-lipped on her beau, Kitty added: ‘I just look forward to a really happy home life: a happy marriage and happy children. And I feel very at peace that things play out the way they should.’

Kitty’s husband Michael has three adult children and was previously married to a woman named Leola in 1985. 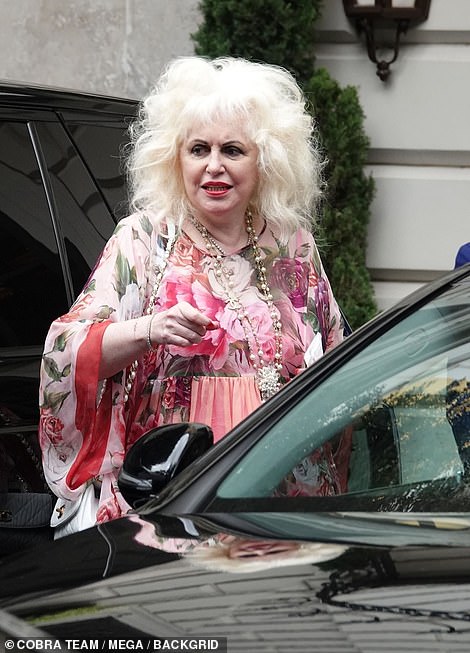 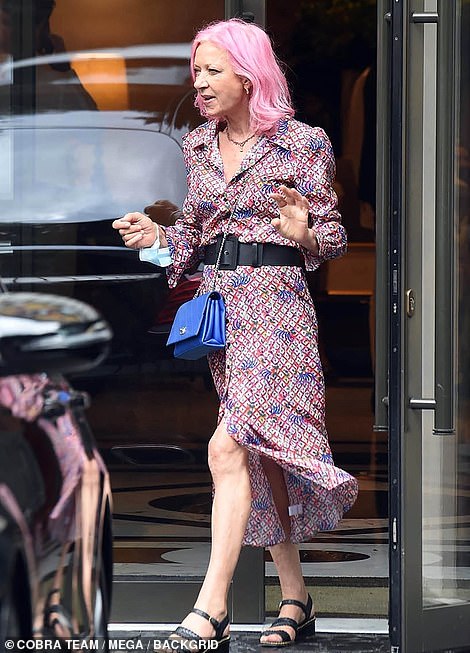 Think pink! Many guests of the bride and groom sported a pink theme for the second day of festivities 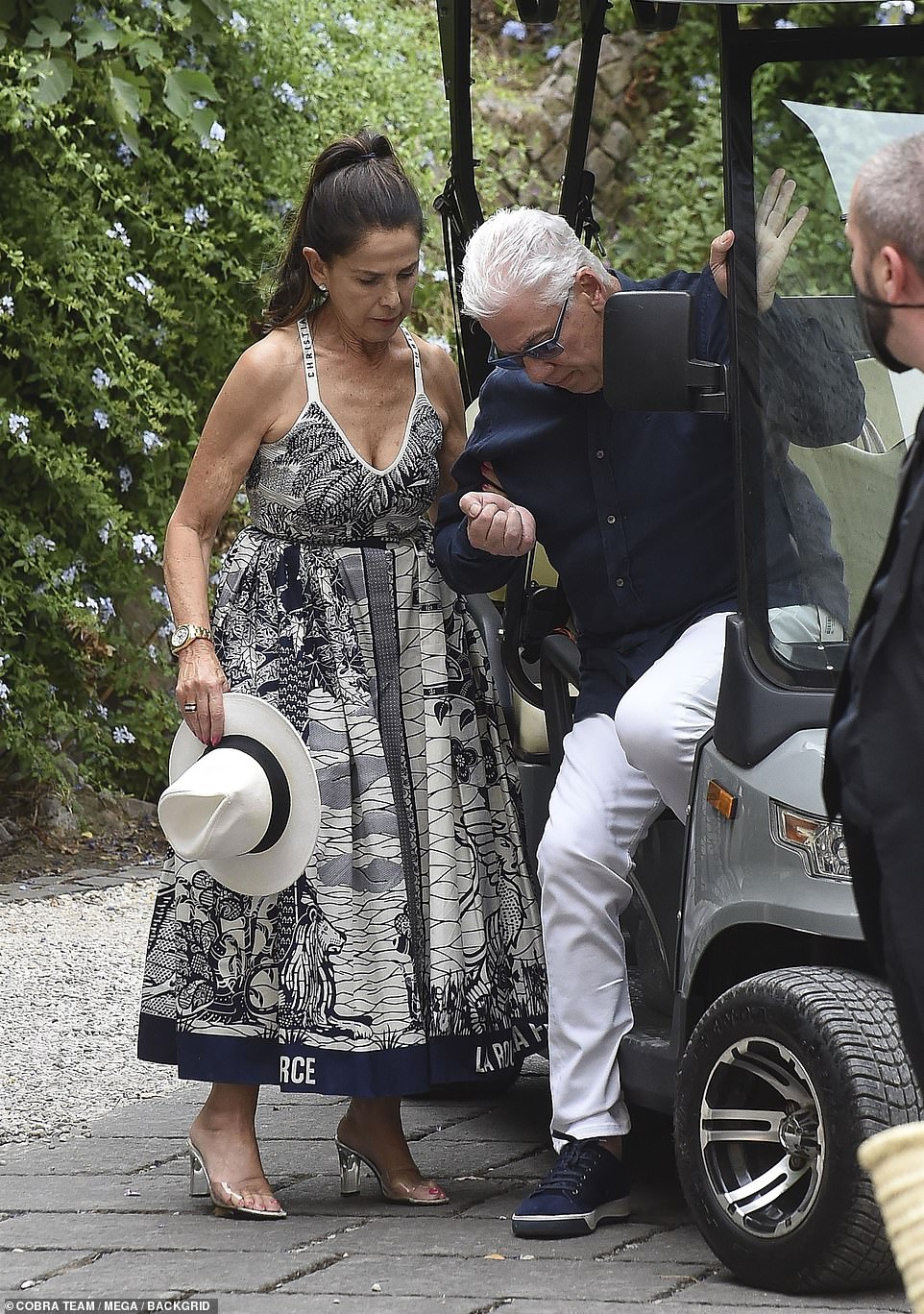