Woman, 30, who shaved her face twice a day since the age of 13 says embracing a full beard has made her feel sexier than ever

A non-binary performer feels sexier than ever after ditching the razor and embracing her beard.

Dakota Cooke, 30, who uses both she and they pronouns, first noticed abnormal hair growth on her face at the age of 13, and spent years having weekly waxing appointments to shaving her face twice a day.

The sideshow performer, from Las Vegas, felt judged and uncomfortable about her hair growth and found herself sinking into a ten-year spiral of anxiety and discomfort.

Despite going for several tests, it’s unclear what caused Dakota’s facial hair, but medics believe it’ could be due to her adrenal glands producing elevated levels of testosterone.

But now she’s using her role in the sideshow, as well as social media to spread positivity about being a woman with facial hair. 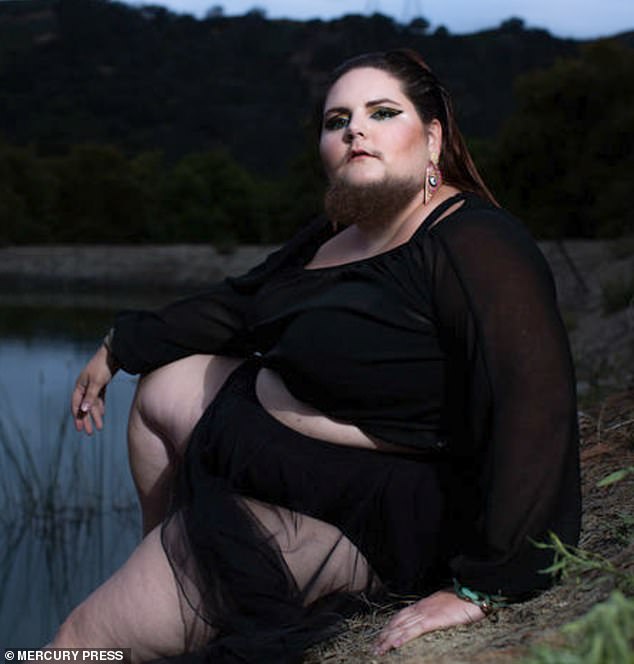 Dakota Cooke, 30, from Las Vegas, decided to embrace her facial hair and to grow a beard after years struggling with her hairy chin 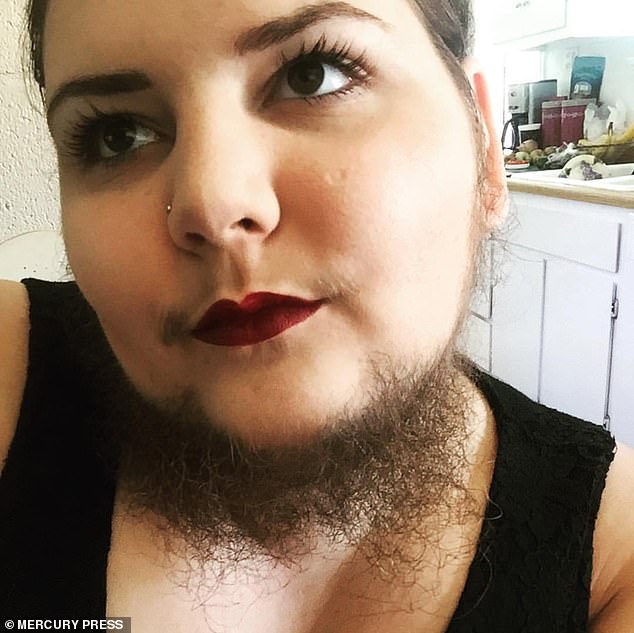 She said: ‘When I hit puberty at 13, I guess I got hit with a little bit extra.

‘It started out with peach fuzz on my face that started to get longer and dark.

‘A friend of the family pointed it out at the time, so my step dad took me to the doctors to do tests, and then took me to the hair salon where I had my first ever wax.

‘It was super uncomfortable, and at the time, I was just about learning how to shave my legs. 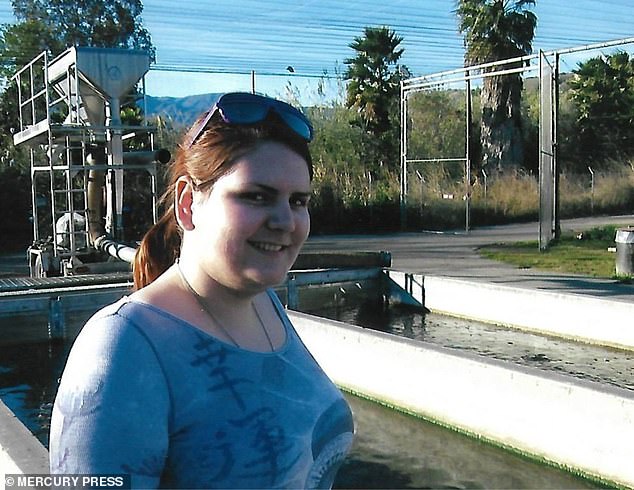 Dakota explained her peach fuzz began to develop after she hit puberty and turned darker and longer. She used to shave her face, pictured

‘I grew up in a period where women with facial hair was so stigmatized that the women at the salon were telling me how girls aren’t supposed to grow facial hair.

‘I guess that stuck with me, because for the next ten years, I kind of just sunk into this shame spiral where I’d try and hide my face in photos and be attending waxing sessions every week.

‘It got to a point, when I worked one of my first jobs in retail, that I was shaving my face twice a day, once in the morning and then on my break because the hairs were just so visible, and I was working in the makeup department where it wasn’t acceptable to be anything other than a stereotypical woman. 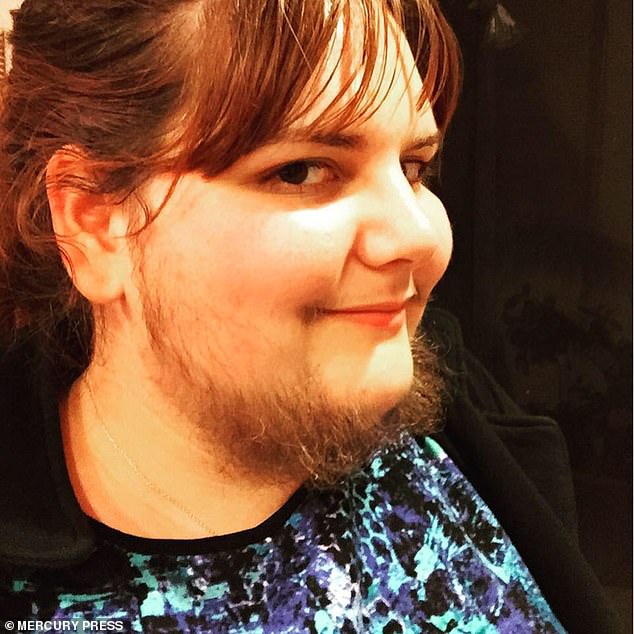 After talking with a friend at at party in 2015, Dakota decided to grow her beard and to become a sideshow performer 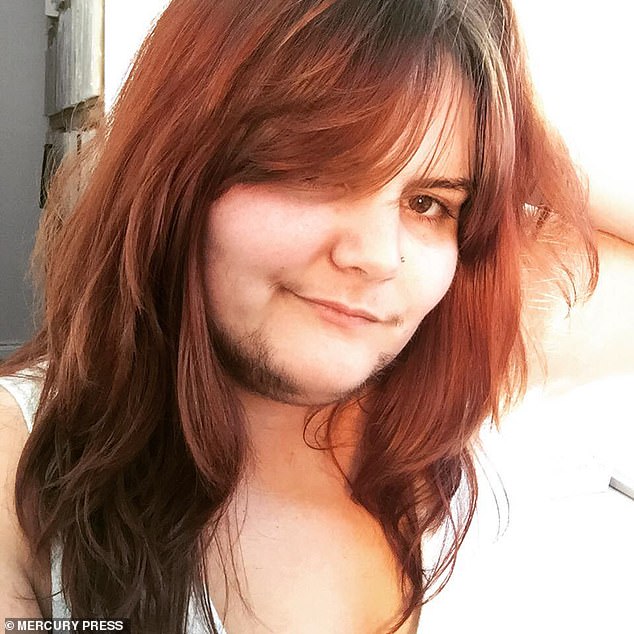 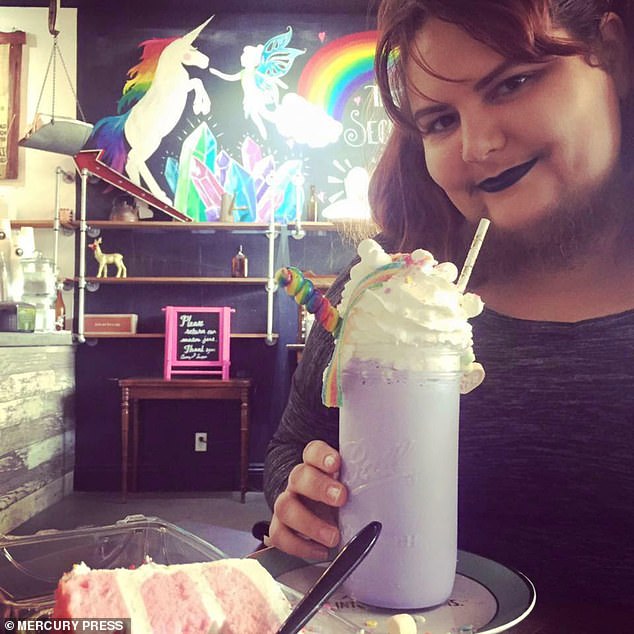 Dakota revealed she has embraced herself and started filming her life for TikTok. She added her family is supportive as well

‘I’d be covering the shaving scars and rash with makeup and my face would just be so irritated and red all of the time.

‘I’ve probably still got some of those shaving scars to this day.’

Dakota adds: ‘I was at a party with my friend, Sunshine, 35, and she was telling me all of these wonderful stories about what it was like working at the circus, and I just loved the idea of it all.

‘I said to her “I wish I could just grow out my beard and join you”, to which she responded, “why don’t you?” 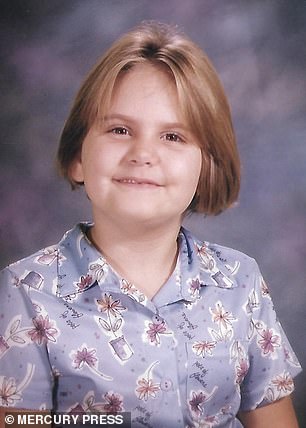 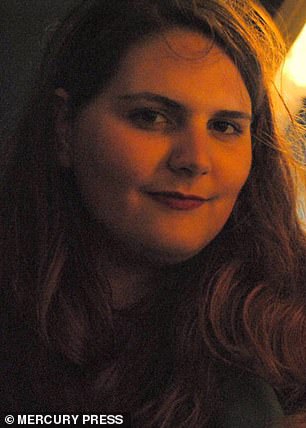 Dakota’s facial hair did not start to grow until she reached 13. Pictured as a child, left. In her 20s, she used to hide it with makeup 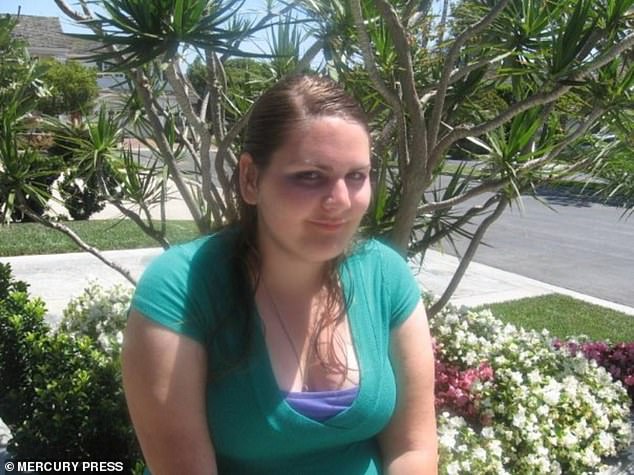 The performer admitted her facial hair caused her years of anxiety due to people staring at her, but eventually she decided to not care

‘That was really the catalyst that began my journey to loving myself and my beard.

When women have thick, dark hair on their face, neck, chest, tummy, lower back, buttocks or thighs, it is called hirsutism.

Hirsutism is caused by an increase in hormones called androgens, your body being more sensitive to them, or both.

The most common cause is polycystic ovary syndrome (PCOS), but sometimes there is no obvious cause.

Rarely, it can be caused by certain medicines, using anabolic steroids, other hormonal conditions like Cushing’s syndrome and acromegaly, or tumours affecting your hormone levels.

To treat hirsutism, your doctor may suggest removing or lightening the hair at home with shaving, waxing, plucking, hair removal creams or bleaching.

If these have not helped after 6 months, your doctor may refer you to a specialist. They may recommend other medicines to control your hormone levels.

‘Growing my beard out was quite uncomfortable at first, it took a lot of effort not to just cut and shave it off again.

‘I remember the first time someone tried to take a picture of me after I’d had my first inch of growth, and I got plenty of stares.

‘I had a lot of anxiety about the staring at first, but it got to a point where I just decided not to care anymore.’

Despite the difficulties she faced whilst embracing her facial hair growth, Dakota came out the other side bursting with positivity.

She said: ‘I now market myself as Dakota the bearded lady, and it really comes into my act at the sideshow where I also do things like hammering nails into my nose or walking on glass.

‘My family and friends have been super supportive throughout my journey of self-acceptance and have even bought me a “don’t f*** with the bearded lady” sign which I love.

‘My followers on TikTok have also been amazing, and I love answering their questions, as well as receiving words of support.

‘I even got complimented by one of my absolute heroes John Waters, after I visited him at a book signing in full makeup, feminine attire, and a full beard.

‘He told me that he loved my look and that I needed to do advert campaigns, that my face should be everywhere.

‘Even though I am non-binary, I still dress very feminine and love to wear makeup and dresses and skirts.

‘Having a beard has never affected me being a femme person, it’s just a part of me now, and I love that I’ve embraced it.’

Dakota, pictured as a teen, left, admitted growing the beard had been ‘umcomfortable’ and, that it took a lot of effort not to just cut and shave it off again 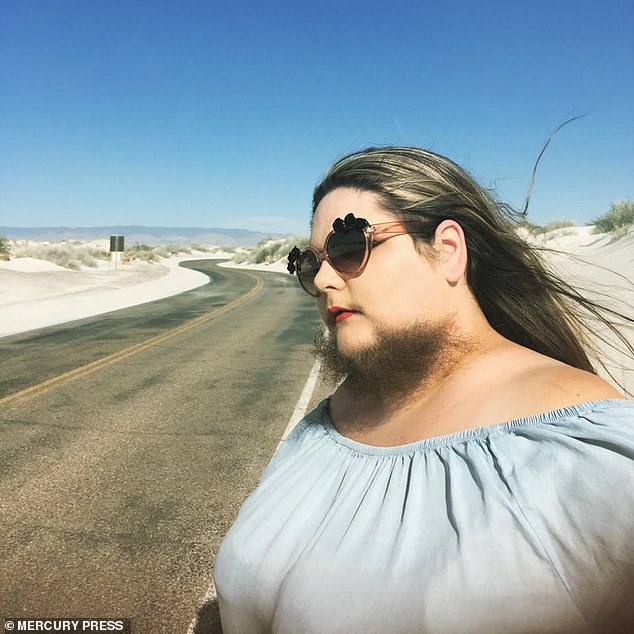 Dakota has now developed a strong following of fans online, and was once complimented by John Waters 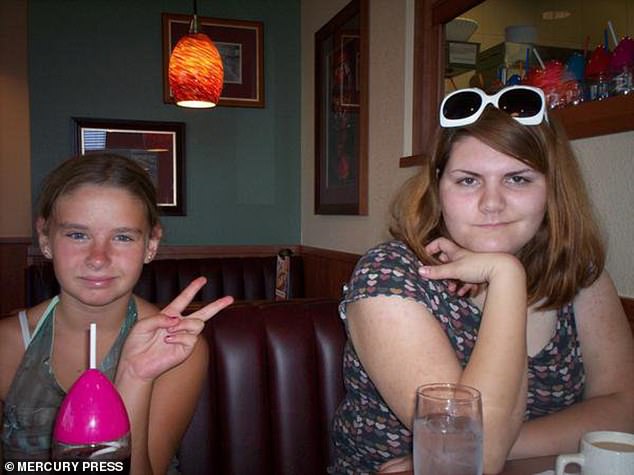 Right: Dakota as a teen with one of her siblings. The performer learned to be ashamed of her beard 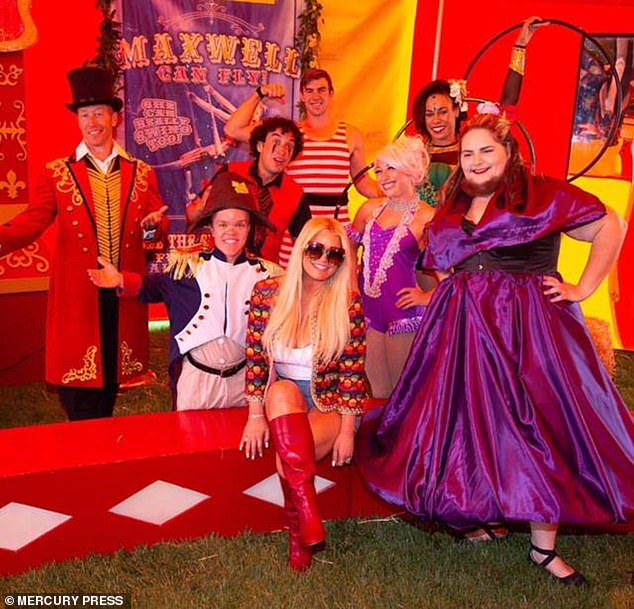 The performer works in a circus where she dresses like the Bearded Lady from the musical The Greatest Showman, right 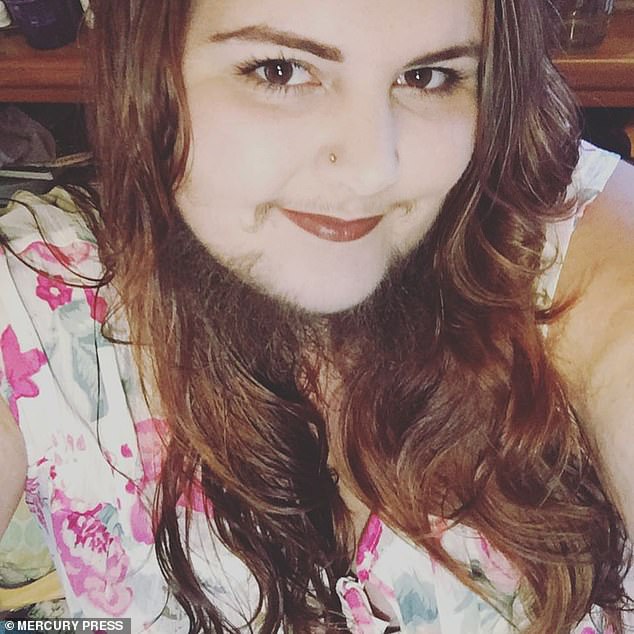