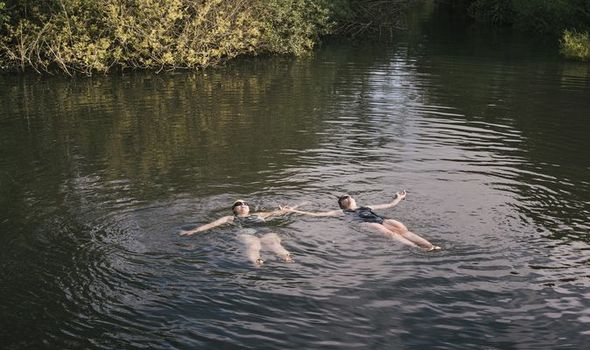 Amwell Magna Fishery’s Martin Phipps, 50, grew up camping and fishing along the once “vibrant” Hertfordshire water course, which has turned cloudy in recent years. He and singer Feargal Sharkey, the angling club’s chairman, spent months trying to find the pollution’s source. Martin said: “It’s a chalk stream. It should be gin-clear and it was a few years ago. “I know a lot of guys who fish that spend a lot of time on the navigation as well. They say that it’s declined over the last few years.”

Amwell Magna’s water has turned cloudy in the last 18 months, with high nitrate and phosphate levels causing brown algae at the bottom.

There is regularly a phosphate reading in the navigation of 0.6 parts per million, despite the ideal measure being 0.03ppm. The main sources are usually sewage effluent and over use of fertiliser in agriculture.

Martin suggested a decommissioned Thames Water effluent channel had a fractured pipe that leaked less than a mile upstream. The bailiff pointed to a possible source.

It is in the King’s Meads Nature Reserve between Hertford and Ware and is overgrown with dense vegetation so can carry on out of sight and out of mind until clear water turns milky.

The pollution he says flows into a tributary, known as the Manifold Ditch, which in turn flows into the navigation and gets diluted.

Dog walkers and cows grazing in the reserve are completely oblivious to the possible sewage leak, suggests the bailiff.

He said: “It’s just horrendous how it’s been tucked away. As far as I’m aware, this channel’s been leaking sewage for at least 40 years.”

Martin said the next four decades are a “scary thought” unless something is done to stop pollutants from entering the waterway.

Thames Water said it had sent an engineer and investigated two weeks ago.

She confirmed they had previously investigated a pollution report at that location in September but found no sewage spilling or leaking.