All’s not fair in love and Warhol!

A wealthy New York ex-couple is still warring over pricey possessions — including art by Warhol and Basquiat, and a vintage Ferrari — five months after their divorce was settled in December.

Last month, a Manhattan Supreme Court judge ordered exes Libbie and David Mugrabi to exchange artworks and cars on May 6 in the Hamptons.

But the sniping swap is so fraught, Libbie filed a police report in Southampton alleging David attempted to dump damaged artwork on her doorstep, while David’s legal team has allegedly filed a motion to hold Libbie in contempt.

It’s not the first time art has been at the center of the wild breakup: During the divorce, Libbie’s side even testified the exes once “wrestled” over a $500,000 Keith Haring sculpture. She reportedly sought $100 million in the split, and walked away with a collection of blue chip artwork and multiple homes last year.

But in a new skirmish, Libbie’s security team called Southampton cops to her home on May 6 — alleging that the latest pieces of art sent by David through a handling service had water damage, and she refused to receive them.

Sources said one of the works was a “Statue of Liberty” by Andy Warhol, said to be worth $2 million, while the other was a Basquiat valued at $6.5 million. 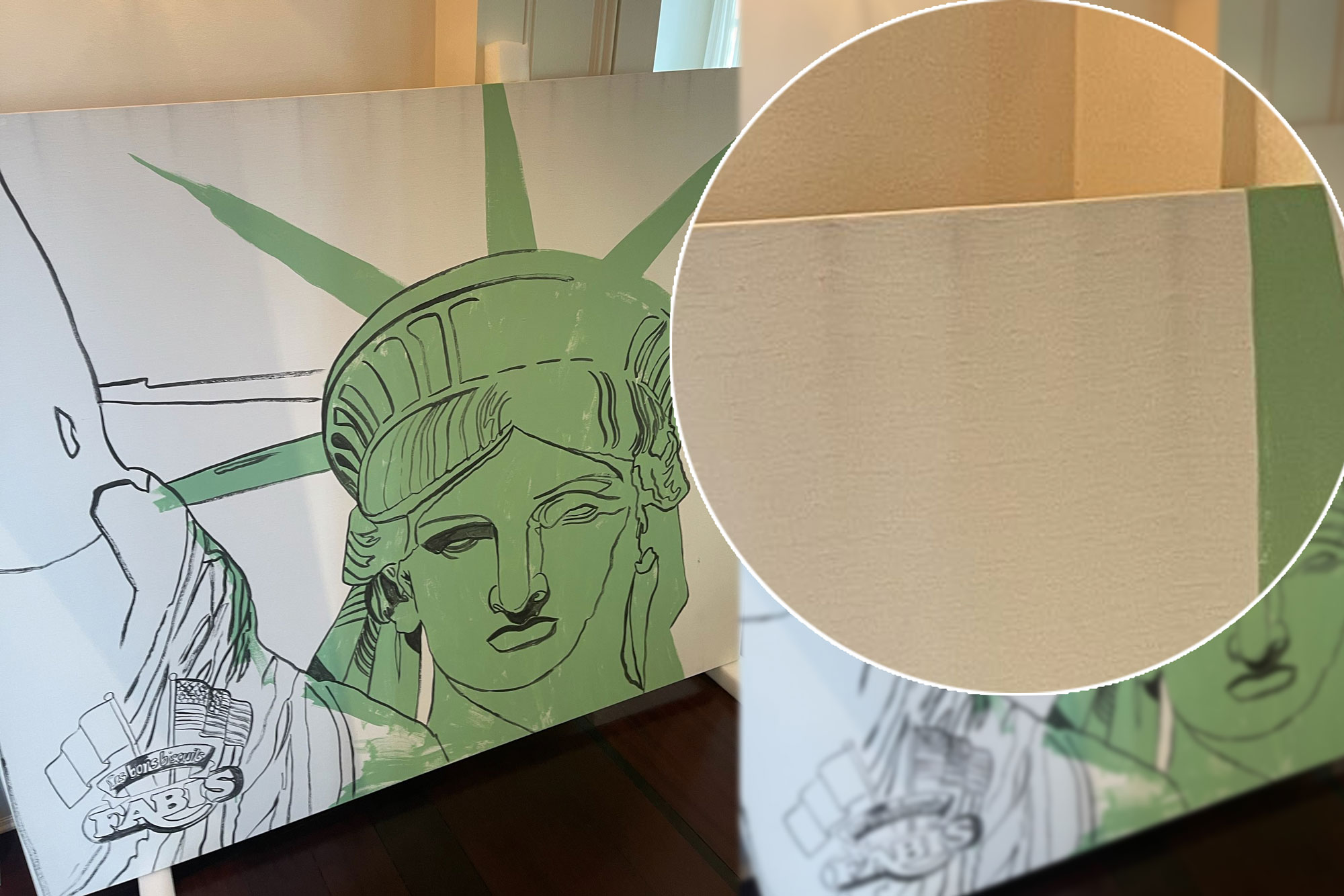 Libbie’s side alleges the art is damaged and could be worth much less as a result. A source claimed the Warhol “has black lines from water damage” and “scratches,” and that the Basquiat is a “collage that was damaged” with “part of the paper lifting off the canvas.”

Her side also alleges that David used his own family to appraise the art. “Apparently they were trying to dump the art at the front door,” said a pal. “They tried to leave the art and abandon it. Finally she wound up calling the police [to] take the art back.”

She’d previously received artworks by Richard Prince and Damien Hirst from David without incident, we hear.

David’s family owns billions in art, including the largest collection of Warhols in the world. During the divorce the couple fought over their collection, plus a $72 million townhouse, and a home in the Hamptons. 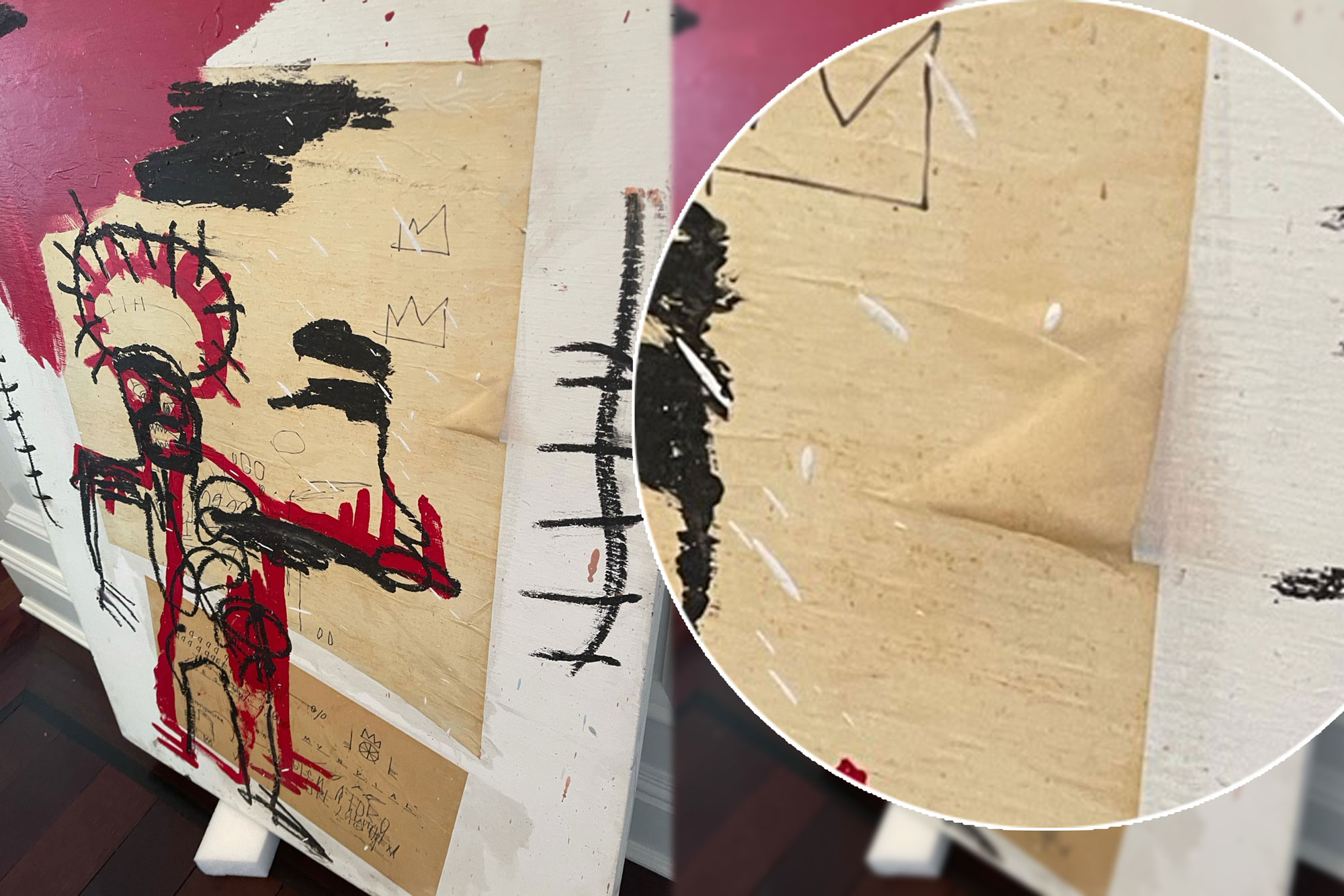 David alleged in legal proceedings last month that Libbie was not honoring her side of their December divorce agreement, which ordered her to hand over 16 artworks to him, as well as a 1974 Ferrari and a Porsche 911.

His lawyer, John Teitler, told a judge last month that Libbie moved some of the art she owes David to Florida, and alleged, “she has to return from Florida the very valuable pieces she has secreted down there.”

He exclaimed, “This is enough. At some point the grift has to end.”

But Libbie’s attorney Ken Jewell told Page Six when reached for comment on Friday: “What David is giving her falls short, it is damaged. She is receiving damaged art and she refused it, which she has every right to do under the separation agreement.” He added, “What’s happening here is what was promised in the separation agreement is not being delivered to Libby… [David is] trying to stick her to things that are undervalued and damaged. We are trying to get him to pay what he’s supposed to.”

He also denied “allegations swirling around that [Libbie] hasn’t been complying with court orders,” and said he is filing a response in the case to David’s latest claims.

In the meantime, a different Basquiat sold this week for $93.1 million at a Christie’s auction.

David filed for divorce in 2018, and after an acrimonious court battle, Libbie told Page Six in 2020, “We have consciously uncoupled happily, with Gwyneth Paltrow and Chris Martin as our inspiration! Our priority continues to be our children and their future.”

But the Paltrow-like rapprochement did not last long, as the case turns into a “War of the Roses.”

Teitler did not respond to Page Six’s request for comment. The filings in the matrimonial case are sealed.