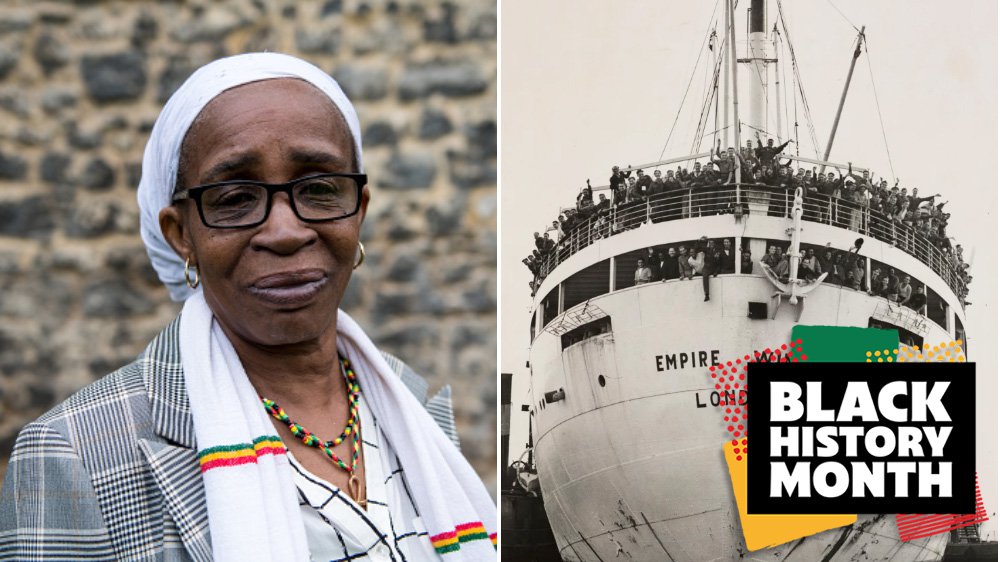 Paulette Wilson was just 64 when she fell asleep and never woke up. Some believe she died of a broken heart.

The mum and grandmother, who unexpectedly passed two years ago, was one of hundreds of British citizens whose autumn years were marred by fear that they would be torn from their homes and families, and sent to live in a land they had never known.

As a member of the Windrush generation, Paulette arrived in the UK from Jamaica in 1968. She grew up in Britain, raised her family and worked hard her whole life – also carrying out volunteer work – only to be told in her sixties that she didn’t belong here.

It was in 2015, when Paulette received a letter from the Home Office, explaining that she was an illegal immigrant and would be deported to Jamaica. Her housing and health care benefits were stopped, she was denied the right to seek work, and that year, she lost her flat.

Paulette said at the time: ‘37 years of paying taxes and I get a letter saying I’m an illegal immigrant. How can I be illegal? I don’t understand that word at all.’

The Windrush generation arrived in the UK from Caribbean countries between 1948 and 1973. Named after the HMT Empire Windrush ship which brought them, many took up jobs in the nascent NHS and other sectors affected by Britain’s post-war labour shortage.

The Caribbean was at the time part of the British commonwealth, so those who arrived were automatically British subjects and free to permanently live and work in the UK. Their passports were stamped ‘indefinite leave to remain’.

However, many of them fell victim to the Government’s 2012 ‘Hostile Environment’ policy, designed to force illegal immigrants out of the country. People like Paulette were detained, deported and had their legal rights denied.

It is not known how many people were affected by the scandal, but a 2021 Investigation into the Windrush Compensation Scheme by the National Audit Office found that between 11,500 and 15,000 people could have been eligible, meaning thousands faced the fear of losing their homes, jobs or of being detained and deported.

Paulette was incarcerated at Yarl’s Wood detention centre before being sent to the immigration removal centre at Heathrow. She was rescued at the last minute when her MP, Emma Reynolds, stepped in.

The internment, Paulette told the Guardian newspaper, was the worst experience of her life. After her release in 2017, she said: ‘I felt like I didn’t exist. I wondered what was going to happen to me. All I did was cry, thinking of my daughter and granddaughter; thinking that I wasn’t going to see them again. I couldn’t eat or sleep; still now I can’t eat and sleep properly.’

It was an experience that profoundly affected Paulette, and she went on to help others in the same position, taking on a role of campaigner, along with her daughter Natalie Barnes.

It was during this campaign that she met and befriended social commentator, campaigner and cultural historian Patrick Vernon in 2017, who later said that the imprisonment broke Paulette’s spirit.

Patrick wrote in her obituary: ‘She was of Rastafarian faith and very humble in her demeanour. But at the same time, she was funny, gregarious and could be the life and soul. We have this Jamaican expression “Likkle but Tallawah” [little but strong] – she was small and slim but when she spoke, it was with power.’

Many followed Paulette’s lead and she became the face of the Windrush movement. But she was a reluctant activist. Like most people in their sixties, she didn’t want to have to be on TV and radio, Patrick says. She just wanted to live her life.

‘I had a special relationship with Paulette and Natalie, because Paulette came to Wolverhampton as a ten-year-old and I was born in Wolverhampton –  and we were both of Jamaican heritage,’ he tells Metro.co.uk.

‘Paulette was [emotionally] up and down, like a lot of Windrush victims and survivors. She was very open about the impact on her mental health. She was a very gregarious person. She was only 4 foot 11 but she had a big personality. She was small but powerful.’

The fight literally took her life, Patrick believes. In the month before her death, he and Paulette visited Downing Street, along with other campaigners Anthony Bryan, Michael Braithewaite, Glenda Caesar and Elwardo Romeo, to deliver a petition, written by Patrick, calling for compensation to be expedited.

‘The last time I saw her a few weeks before she passed away, she said, “Patrick, I’m struggling. I’m tired.”’ he recalls. ‘She was quite down. A couple of weeks later, Natalie told me she’d passed away in her sleep. Paulette was a broken woman.

‘The hostile environment policy, the Windrush scandal, broke her spirit. She had been a naturally energetic woman. But it was just too much for her. Her death was stress-related. And if you look at all the Windrush victims that have died over recent years, it is all stress-related; illnesses like cancer and hypertension. The stress is killing people. Even today in 2022 there is no official recognition about the impact of this policy on people’s mental health.

‘A lot of the survivors still suffer from anxiety and sleep deprivation. If you speak to someone like Anthony Bryan, who had two spells of detention at Yarl’s Wood, even now, if there is a big bang on the front door, he thinks it’s immigration coming to pick him up.’

Patrick likens the turmoil to the trauma experienced by holocaust survivors and those affected by the Grenfell fire.

He adds: ‘People relive those experiences. Post traumatic stress is a big issue. It doesn’t just affect the survivors, but also their children and grandchildren. It’s fear, and it causes community trauma.’

Paulette’s life has gone on to be honoured by the Black Cultural Archives, Windrush Caribbean film festival and the Baton awards who launched awards and conferences in tribute of her member.

And last year, on Windrush day, a plaque was hung in her home city of Wolverhampton. Beneath the words ‘Black Lives Matter’, is her name and birth and death date. The plaque also reads: ‘Likkle but Tallawah.’

‘Paulette was a national treasure – she was the face of the Windrush scandal,’ says Patrick. ‘She was a working class woman of Jamaican heritage who had to go on TV to talk about the pain, the suffering and the way she had been treated by the Home Office and the Government. And people from across Britain could identify with her.’

The plaque was hung on a community centre which was the former constituency of right wing MP Enoch Powell, of the famous ‘Rivers of Blood’ anti-immigration speech.

Patrick adds: ‘That was poetic justice. Paulette came to Britain the same year as that speech was made. And 50 years later, we’ve reclaimed that building and there is a blue plaque for Paulette Wilson. That is powerful.’