There’s a lot of excitement surrounding a new talk show that will be premiering in September. NBC has announced that Lilly Singh will be the host of A Little Late With Lilly, which will soon be the only late night show with a female host on a Big 4 network. Singh is also Indian-Canadian and bisexual, which means the occasion is a step forward in making this field more diverse and inclusive.

Many people are no doubt becoming curious about Lilly Singh, so read on below to learn more about this 30-year-old star.

Who is Lilly Singh? 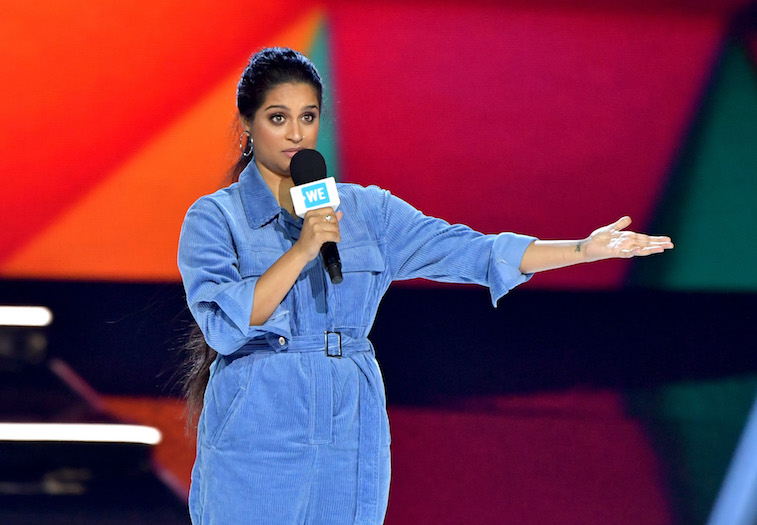 Lilly Singh was born on September 26, 1988. She was raised in Ontario, Canada. Her parents are immigrants from India’s Punjab region.

Growing up, Singh was a tomboy and, in her own words, “super annoyingly ambitious child” who “wanted to the president of clubs at school.”

After high school, she went on to study psychology at York University in Toronto. However, her grandfather died when she was in her last year of university. This eventually made Lilly Singh become rather depressed.

During her depression, Singh was supposed to apply to master’s programs, but she had a change of heart.

How did Lilly Singh become famous?

Instead of continuing her studies, she decided to pursue a career in YouTube videos in 2010. This came as a revelation during a family vacation.

“I think for the first time I asked myself, ‘What makes you happy? What do you want to do?’” she shared with The Hindu. “And the answer was: ‘Entertaining people makes me really happy.’ ‘What am I doing right now that involves that? I am making YouTube videos. So let’s put all my effort into that and see where it goes.’ The second I flew back home, I started making YouTube videos.”

She named her YouTube channel “IISuperwomanII,” with the “superwoman” part was inspired by a childhood idea that she could achieve anything. On the video platform, Singh began posting various types of entertaining videos.

Some were rants about things going on in her life while others were skits about either everyday scenarios many people could relate to or weird, hypothetical situations.

How did Singh land her own talk show?

Celebrate yourself. Be proud 🙏🏽🏳️‍🌈 #MyFirstPride 😊

A spokesperson for NBC shared that a big reason behind their decision to get Singh on board is because of the network’s commitment to diversity: “Inclusive storytelling is incredibly important to the network and we approach all of our shows (in front and behind the camera) with a lens toward authentic representation.”

Singh’s popular YouTube videos often include touches of her Punjabi heritage, but many experiences she highlights are also very universal and appeal to a large audience.

“Earlier on my videos used to be so geared towards Indian people because that’s what I thought I had to do,” Singh said to AOL. “So I would call my videos things like ‘My Indian Parents Do This’ or ‘Indian Girls This’ and very quickly I realized that I didn’t have to do that. All girls pretty much the same and all parents are pretty much the same, so I stopped doing that and I stopped cornering myself into a niche that I thought I had to be in.”

What is Singh’s net worth?

Lilly Singh’s net worth is believed to be around $16 million, according to Celebrity Net Worth.

From YouTube ad revenue alone, she could earn roughly $1 million a year, though Singh makes money outside of the platform as well. She has sponsorship deals with brands such as Kate Spade.

Additionally, Singh also released a book, called How to Be a Bawse: A Guide to Conquering Life, in 2017.