Megan Fox on matching outfits with Machine Gun Kelly: ‘I have to elevate myself’

Machine Gun Kelly was a Megan Fox fan way back when.

The rapper, now 31, had a poster of Fox, now 35, hanging in his bedroom as a teenager — years before the pair ended up dating.

“It was from her GQ shoot,” he said in a new interview with GQ, referencing the actress’ sexy 2008 bikini shoot that shows her popping cherries into her mouth. “So that’s some full-circle s–t.”

One of his classmates even remembers the rapper vowing to marry the beauty in the future, GQ reports.

The Fox super fan also got a Decepticons logo from “Transformers” tattooed on his arm as a teen.

The “Bloody Valentine” artist and the “Jennifer’s Body” star have been romantically linked since last year — shortly after she and husband Brian Austin Green confirmed their separation.

MGK now refers to his relationship with Fox as his first true love. 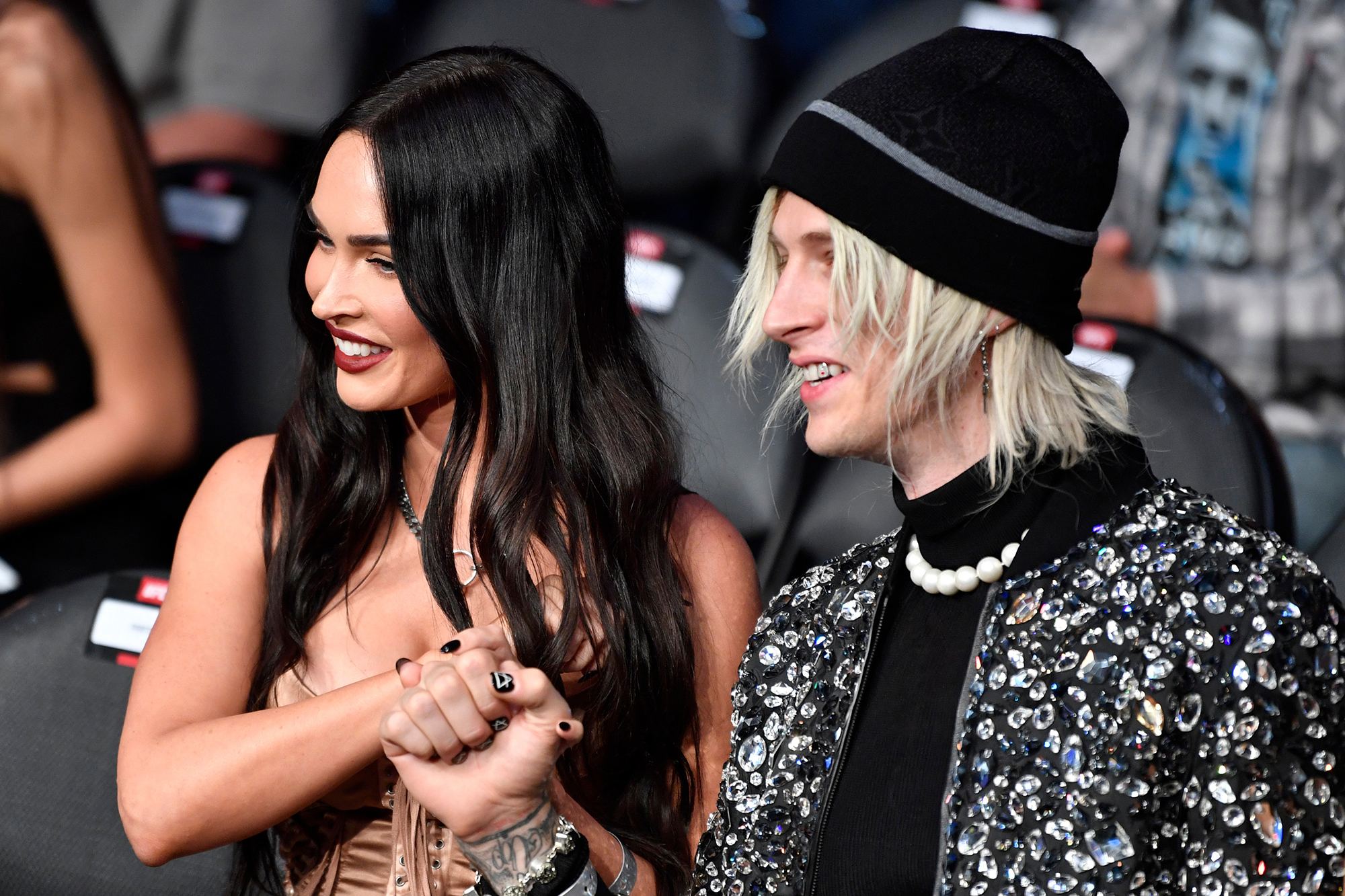 The PDA-loving couple first met on the set of their film “Midnight in the Switchgrass” last March before confirming their relationship in July 2020, after she and Green had split. Fox then filed for divorce in November of that year.

However, it seems unlikely that MGK and Fox will hear wedding bells anytime soon. The “Birdbox” actor admitted that he hasn’t thought very far ahead in general.

“I guess if I had a word to describe where I’m at right now, it would just be running,” he said. “I don’t allow myself to really acknowledge anything right now. I’m just running.”