Best star snaps of the week: Yeezy channels Michael Myers, Miley’s on the dot and more

Lourdes Leon felt ‘so awkward’ at the Met Gala: It’s ‘not my vibe’

It’s them against the music world.

Madonna was a vocal supporter of the #FreeBritney movement, but her advocacy stretched far beyond social media.

The Queen of Pop, 63, was “in touch with Britney Spears multiple times” in the months leading up to the Princess of Pop, 39, winning her battle to end the conservatorship that controlled her life and money for 13 years, a source exclusively told Page Six.

“Madonna has always had a soft spot for Britney and couldn’t sit idly by when she felt that there were clear injustices going on,” the source said.

And even though a Los Angeles judge terminated the controversial conservatorship last Friday, Madonna still plans to keep fighting for her longtime friend.

“Madonna is waging war,” the source told us. “She is hellbent on righting the wrongs that Britney had to endure. She has offered to help in any way that she can and is not afraid to speak up or intervene if needed.”

Reps for Spears and Madonna did not immediately respond to Page Six’s requests for comment.

Spears and Madonna met in 2001 at one of the “Vogue” singer’s concerts. Two years later, they kissed onstage at the MTV Video Music Awards and followed up the infamous stunt by releasing a collaboration, “Me Against the Music.” 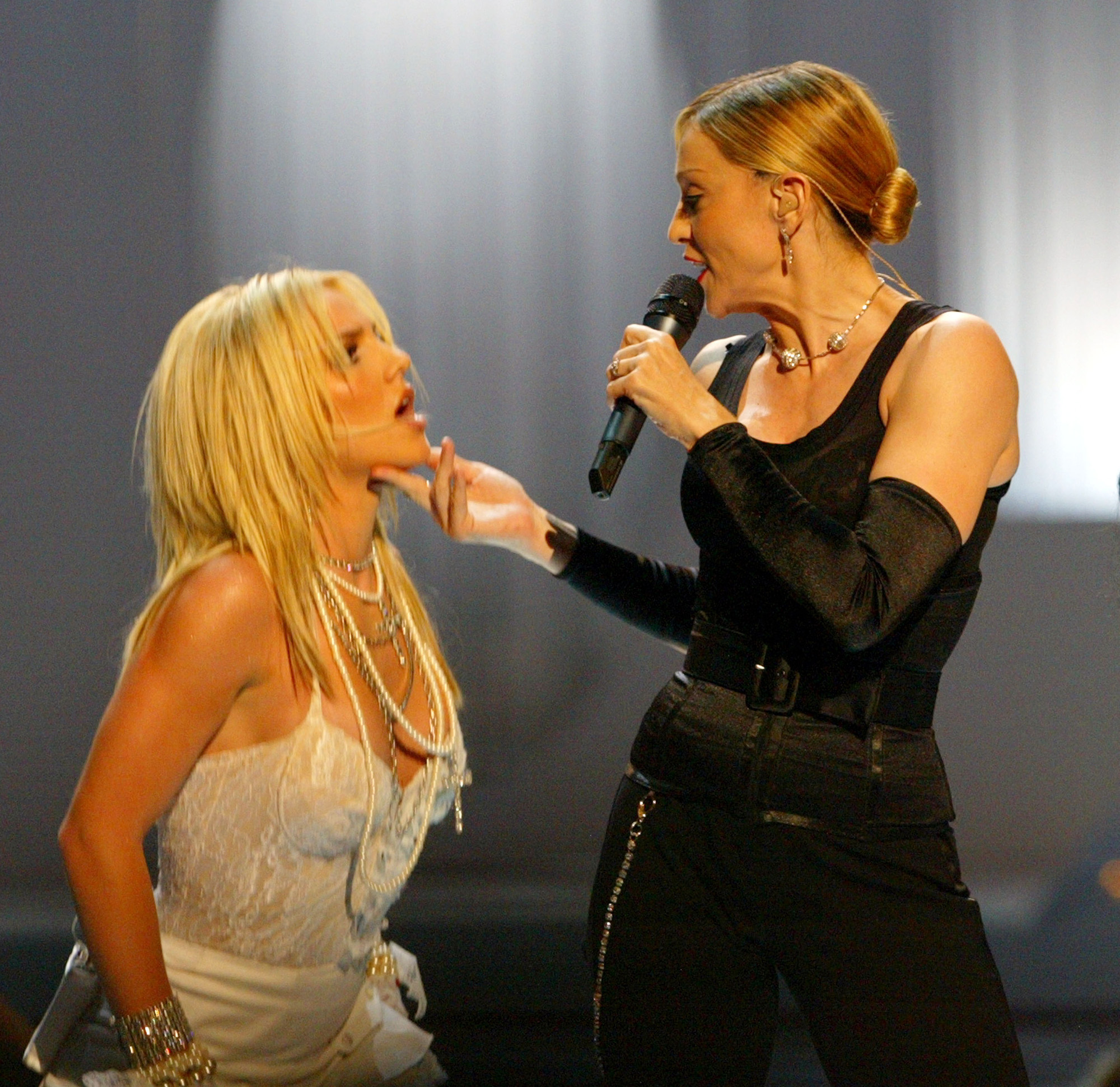 Their communication was limited after the conservatorship was established in 2008, according to a source, who noted that Spears “was not even allowed to have a phone for a period of time.”

Spears and Madonna did continue to work together, though, most memorably just nine months into the conservatorship when they did a surprise performance of “Human Nature” during Madge’s Sticky & Sweet Tour. 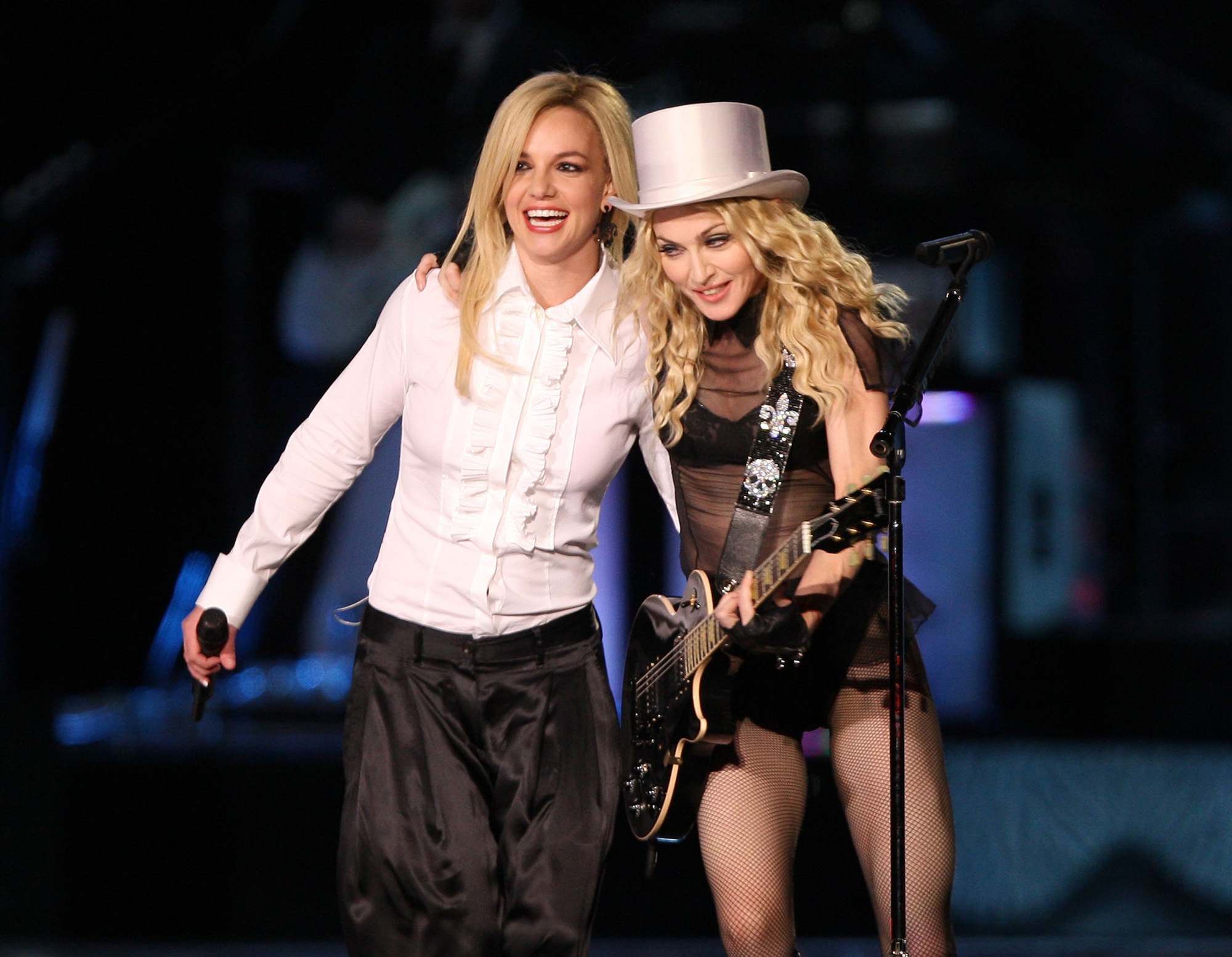 In July, Madonna led the chorus of celebrities who came out in support of Spears after the “Toxic” singer testified in court that her conservatorship was “abusive” and that her family “should be in jail.”

“Give this woman her life back,” the Material Girl wrote on Instagram. “Slavery was abolished so long ago! Death to the greedy patriarchy that has been doing this to women for centuries. This is a violation of human rights!” 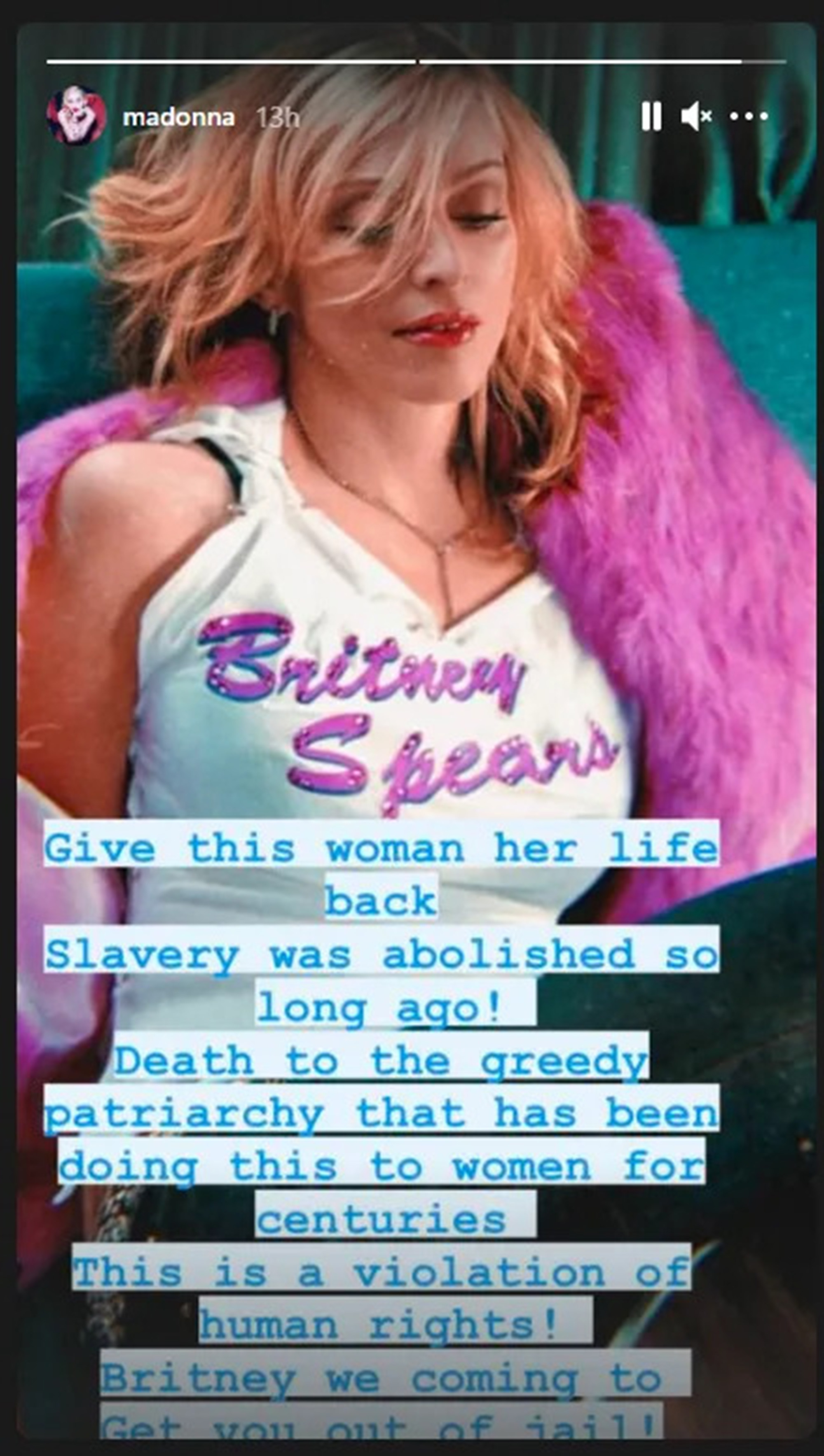 Madonna has since said that she “can’t wait to spend time” with Spears again.