An English speaker who lives in Japan has shared some of the funniest translations he has found on products since moving to the country.

Chris Pearce, a US translator who lives in Hyogo, Japan, posted a thread on Twitter containing some of the hilarious English interpretations of Japanese language phrases.

He said: ‘I have lived in Japan for a long time, most of my adult life. And there I have found many secrets to living which I will now share with you.’

Bored Panda rounded up Chris’s tweets, which contained photos of products like bags and journals which had English writing on them – but the phrasing didn’t quite fit.

The funny pictures were dubbed ‘contemporary haikus’ online, and soon others started to share their own finds – from oddly profound pieces of wisdom to things that don’t make sense at all.

Here, FEMAIL lists some of the funniest words of encouragement and pieces of advice people have shared – which might just help you get through the day… 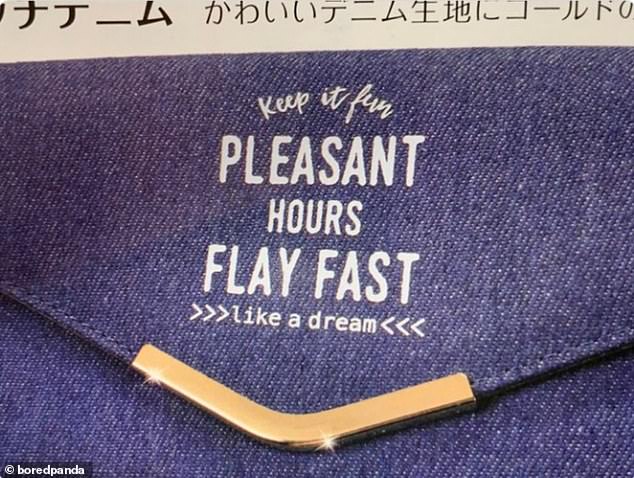 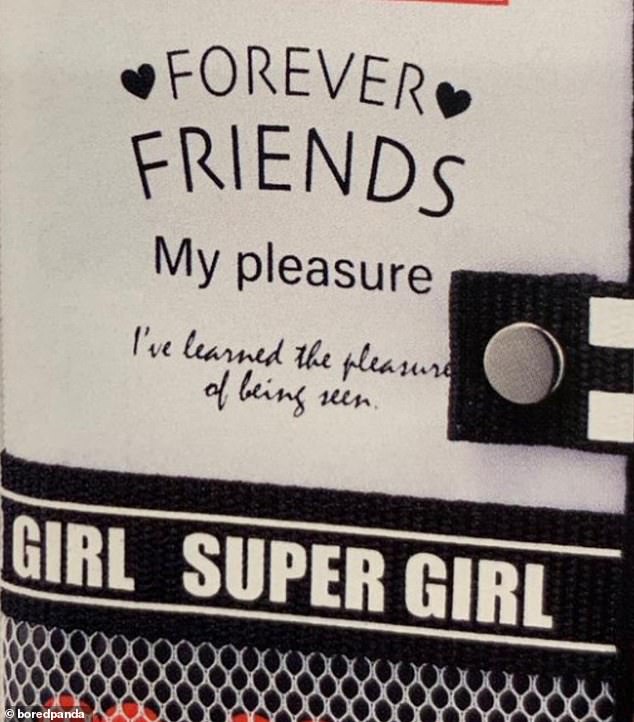 A bound notebook from Japan says ‘Friends Forever, My Pleasure I’ve learned the pleasure of being seen’ When you find a true friend, you feel seen, heard and understood – so perhaps this notebook would be a good gift for a best friend 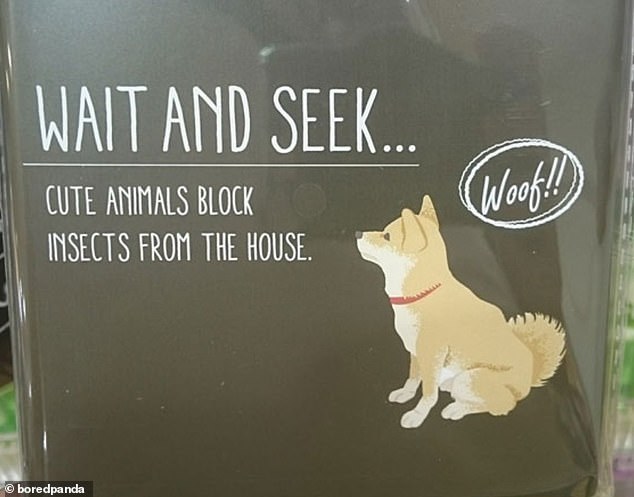 Some paw-some wisdom shared by a Twitter user on a Japanese notepad – animals can indeed keep insects at bay, but we aren’t sure about ‘waiting and seeking’ 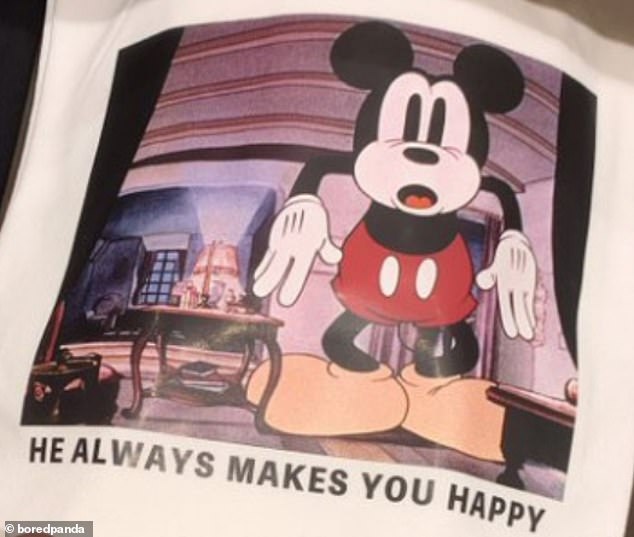 For some people, Disney’s Mickey Mouse does make them happy – although the giant version of the character on this Japanese t-shirt seems a little alarming 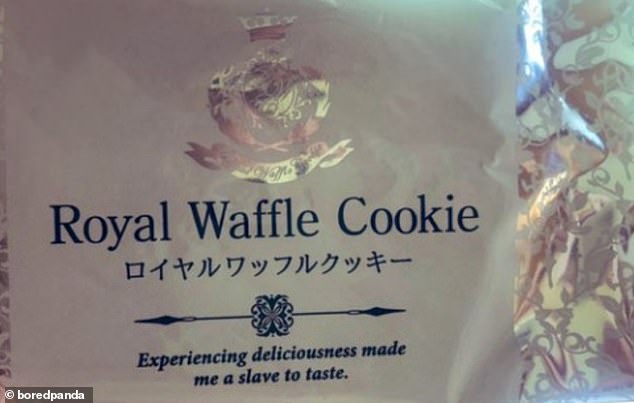 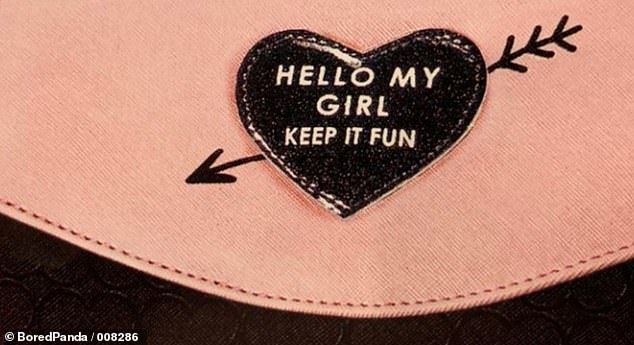 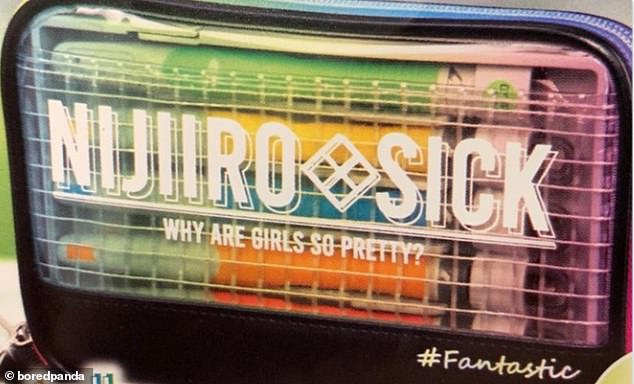 This Japanese pencil case says ‘Nijiiro Sick – Why are girls so pretty?’ A fantastic mish mash of words that doesn’t quite make sense but if we were back in high school we might buy it anyway 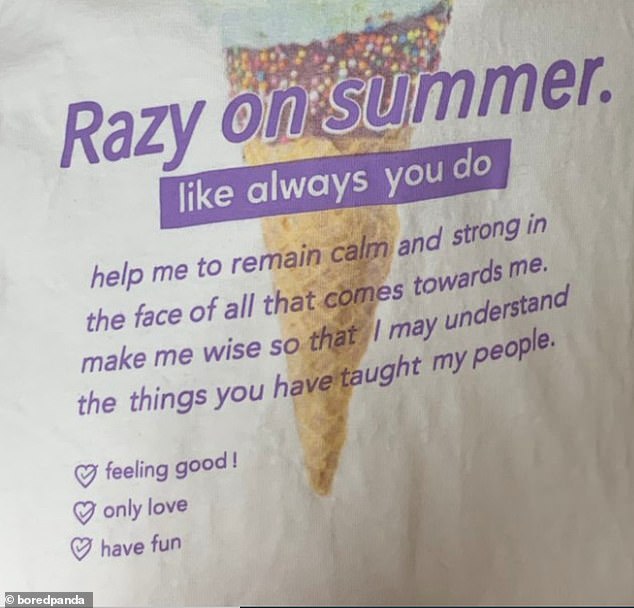 This Japanese poster has a cute guide for life on it, telling people how to ‘Razy’ on Summer. We aren’t quite sure what it means, but we will try to Razy our Summer nonetheless 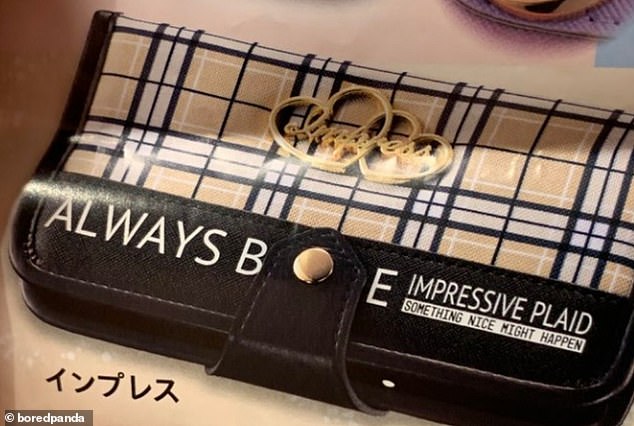 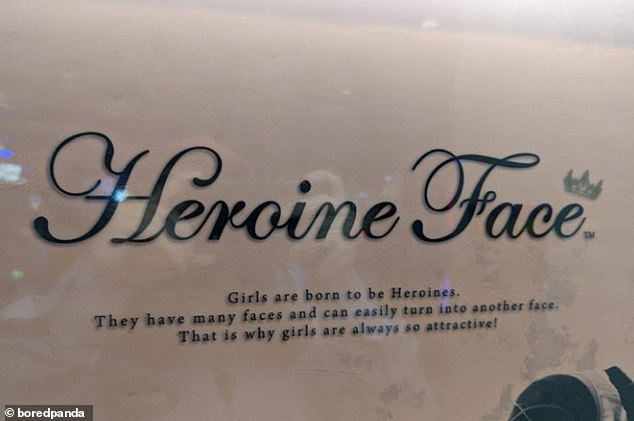 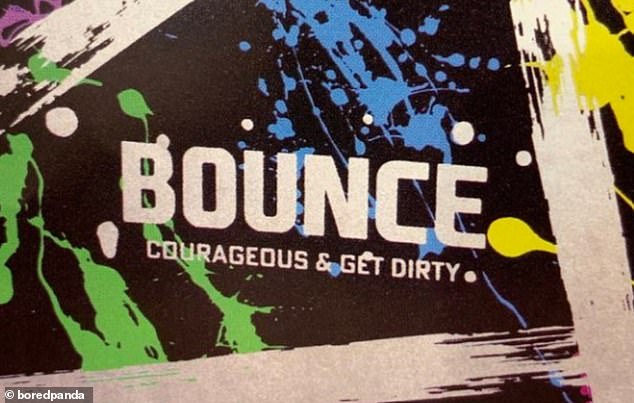 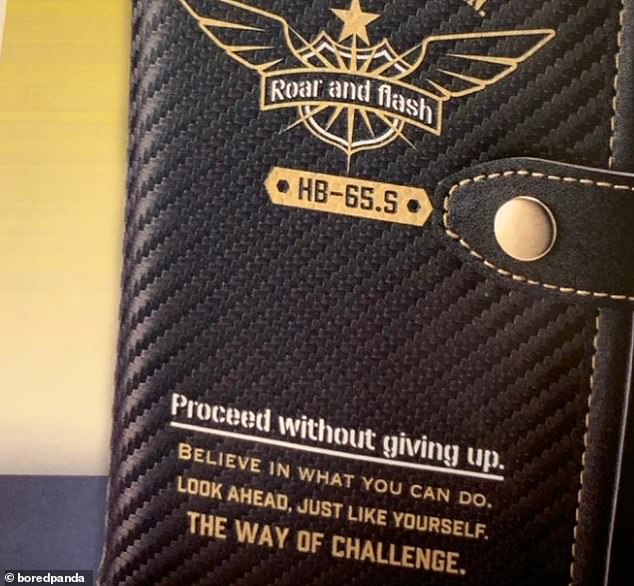 This Japanese wallet will give you an SAS pep talk every time you pay for your coffee, encouraging you to never give up and believe in yourself 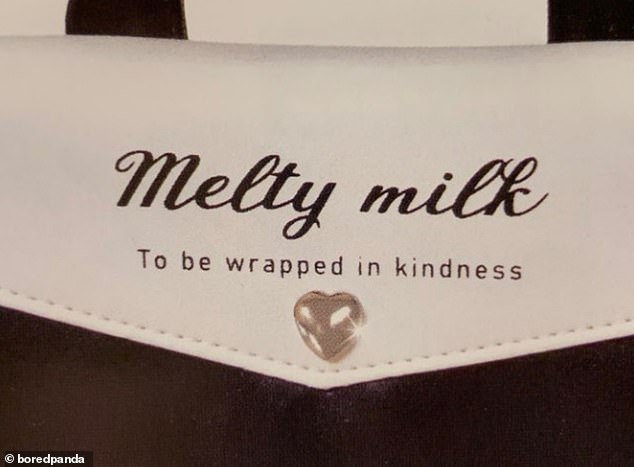