Cheers to a new chapter! Meri Brown looked back on the ups and downs she faced throughout 2022 after confirming her split from Kody Brown.

A Breakdown of Where Kody Brown Stands With His Sister Wives, Exes

“Just taking a moment today to say thank you to 2022,” the Sister Wives star, 51, captioned a selfie shared via Instagram before New Year’s Day. “A year of challenges and personal growth, a year of confusion and then clarity. A year of clearing out the old to make room for the new. A year of finding myself again and knowing who has my back. A year of travel, new friends, new businesses, epic adventures, fabulous memories, and divine interventions. A year so full of realizations and forward movement and setting the stage for the most amazing 2023.” 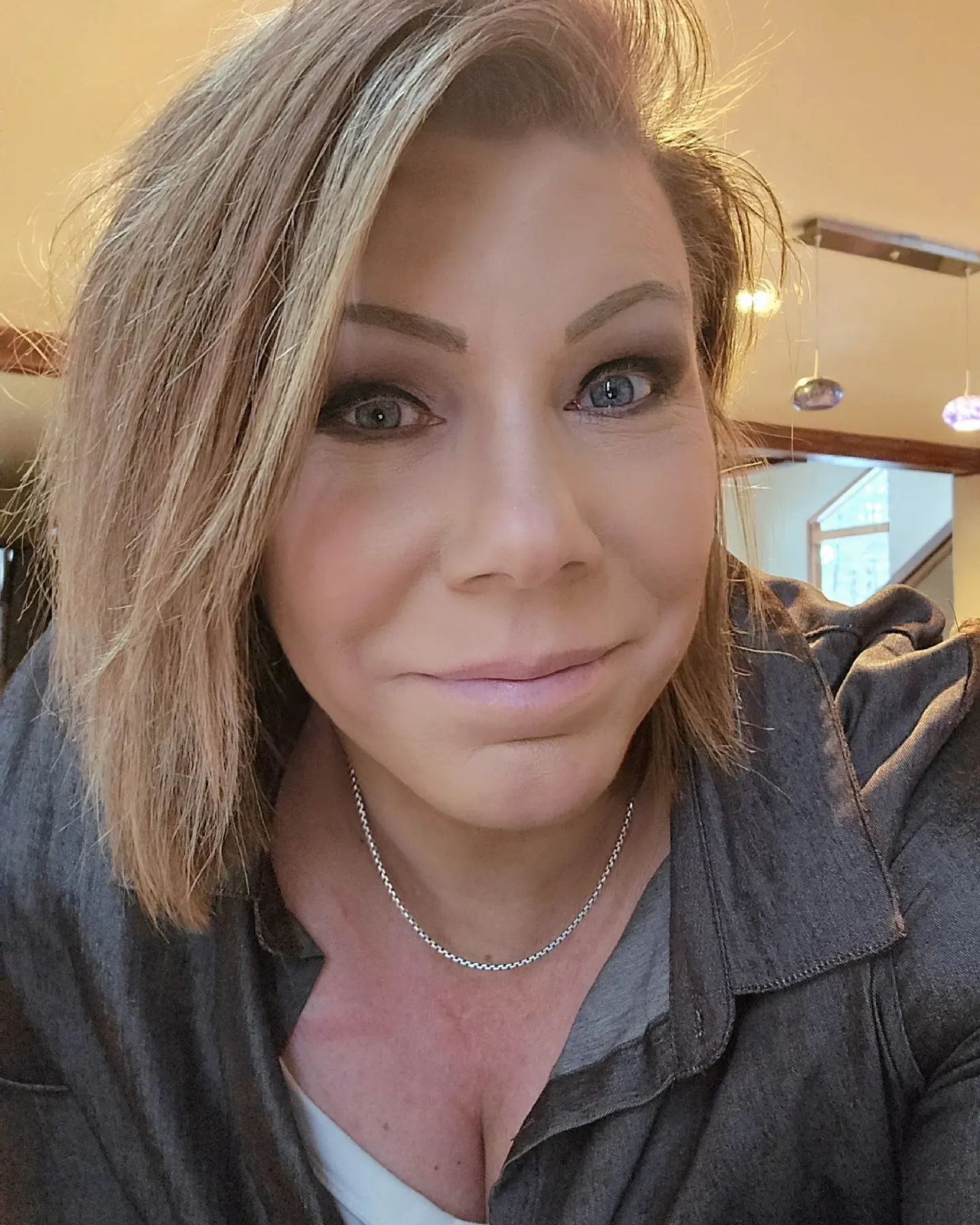 The TLC personality was married to Kody, 53, for more than 30 years before the duo announced their breakup in a December 2022 clip from the season 17 Sister Wives: One-on-One special. “I don’t really consider myself married to Meri,” the businessman confessed. “If she wanted to move on and marry another, she wouldn’t get an argument with me.”

At the time, the California native claimed that Kody’s perspective came as a surprise. “It just doesn’t make sense to me that he would be so frustrated with Christine [Brown] and be like, ‘She just made this decision. We didn’t consult. We didn’t talk.’ … And then he says, ‘No, I don’t consider myself married to Meri,’” she said. “He just made the decision. I have never heard him say that to me.”

Meri was Kody’s first wife, having tied the knot in 1990. The duo were legally married until 2014, when Kody opted to divorce Meri in order to lawfully wed Robyn Brown and adopt her children from a previous relationship. (Robyn, 44, spiritually joined the Brown family in 2010.)

Along with Meri and Robyn, Kody was in spiritual unions with Christine, 50, and Janelle Brown, both of whom have since split from the Wyoming native. The Cooking With Just Christine star was the first to leave the family in November 2021, and the breakup was a central story line throughout the TLC show’s 17th season.

Fans have seen Kody experience highs and lows in each of his marriages over the years, but his tension with Meri has been building for some time. During part 2 of the Sister Wives tell-all special, the patriarch alleged that Christine wasn’t supportive when he expressed an interest in repairing his relationship with Meri. Robyn backed up her husband’s claims — and blamed Christine for Meri and Kody’s falling out.

“That’s really, absolutely frustrating and offensive,” Christine fired back during the Sunday, January 1, episode. “There’s no way I would not support him and Meri having a great relationship if that’s they both wanted. That’s absolutely ridiculous. … That’s a lie. That’s not me.”

Robyn later admitted that she felt “angry” with her former sister wives for leaving the plural family. “I want real relationships with all of these ladies. Before I even fell in love with Kody, I fell in love with the family and the family culture,” she said. “It’s something that I am mourning all the time. Because they took it away from me.”