America may bill itself as the land of opportunity, but new treasury research says Australians are more likely to climb the socio-economic ladder from poverty to relative wealth.

A new Treasury research paper on intergenerational income mobility, which crunched the income tax data on 1 million children born in Australia between 1978-82 and their earnings between 2011-2015, found that Australia was one of the more mobile advanced economies, on par with Sweden and ahead of the US.

Australian adults in their early 40s are significantly more likely than their US counterparts to climb from the bottom rungs to the top of the income ladder, although children born to financially well-off parents are even more likely to get ahead.

But it’s still easier for children born to parents at the higher end of the income scale – on average, they’re set to do even better later in life, while having an affluent peer group was also identified as having an influence on wage-earning outcomes. 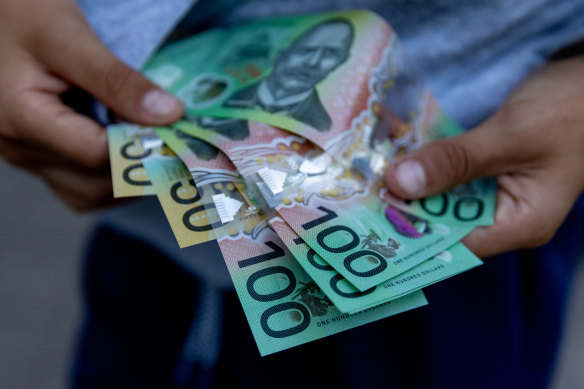 New Treasury research shows that Australian adults in their early 40s are significantly more likely than their US counterparts to climb from the bottom rungs to the top of the income ladder.Credit:iStock

Treasurer Jim Chalmers said social and economic mobility was essential for a strong and more inclusive economy and while Australia was performing well, it could do better.

“We don’t want Australians’ prospects determined solely by where they’re born or who their parents are. That’s why mobility is important – for more life chances in our communities and more dynamism in our economy,” Chalmers said.

“This research is interesting and important because it shows us how we’re faring, how we’re comparing to the rest of the world, and what we need to improve”.

Economists measure “intergenerational income mobility” to assess the degree to which high or low incomes tend to persist across generations.

University of Melbourne Professor Roger Wilkins, an economist who specialises in income inequality, welfare reliance and labour markets, said the greater mobility in Australia compared to the US was consistent with a broader trend in which countries with lower income inequality have greater intergenerational income mobility.

“This is partly is because it is easier to move from the bottom to the top because there’s less distance between the two, if you’re a more equal society. The cross-sectional level of income inequality in Australia is considerably lower than in the US,” Wilkins said.

He echoed a caveat made in the report, which was that the lag in the available data meant it was of limited use in giving researchers a picture of intergenerational mobility for children born today. Instead, the report pointed to headwinds such as declining income growth rates and sliding student test scores.

“If we compare with the 1970s and 80s, income inequality today is higher now than back then so that on its own, would be considered a headwind that is associated with more entrenched advantage and disadvantage, which is sort of the flip side of mobility,” Wilkins said.

“We’ve seen since then a big rise in the proportion of people going to private schools and a big increase in the wealth of private schools. These sorts of factors would be a cause for some concern.”

Brendan Coates, director of the Grattan Institute’s Economic Policy Program, said there were genuine concerns about what intergenerational income mobility would look like for future generations.

“With the rise in wealth and wealth inequality, increasingly people’s success in life is going to be determined more by who their parents were and whether or not they owned their house and what assets they own, than the basis of their own endeavours,” he said.