Ex-model wants her ‘non-academic’ daughter, 14, to have surgery to make her ‘prettier’ because ‘ugly people get nowhere’ – after she faked depression to get a £7K NHS nose job

A mother-of-three who faked depression to get a £7K nose job on the NHS has revealed she is encouraging her 14-year-old daughter to get cosmetic surgery because ‘ugly people get nowhere’.

Carla Bellucci, 37, from Borehamwood, Herts, admitted she doesn’t care about Tanisha’s education like she does her sons’, Jermaine, 16, and Jayden, 12, because she’s ‘non-academic’.

The ex-model insists she’s doing ‘nothing wrong’ by setting up a savings account to help pay for her daughter to have teeth veneers and breast implants.

She revealed Tanisha will have fillers when she turns 16 and isn’t against her getting a Brazilian butt lift, which has a death rate of one in 3,000. 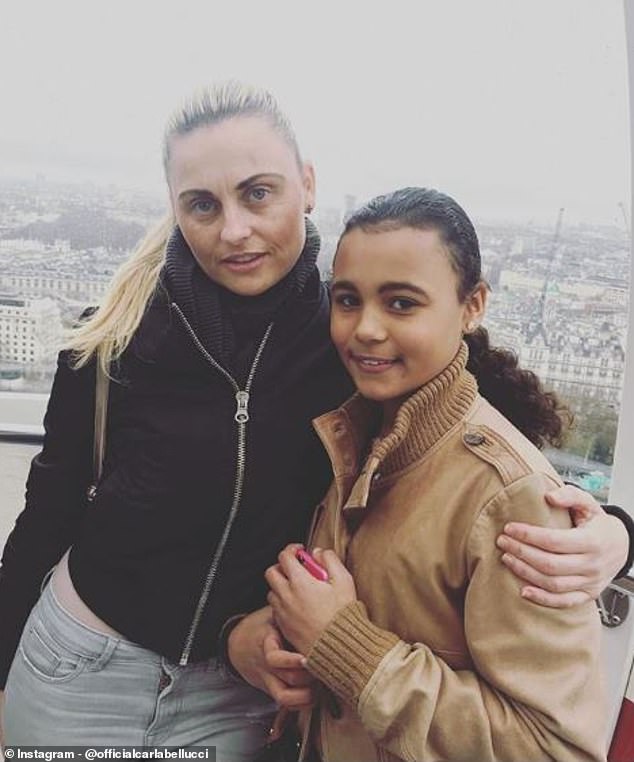 Carla Bellucci, 37, from Borehamwood, Herts, admitted she doesn’t care about Tanisha’s education like she does her sons’ because she’s ‘not academic’. Pictured together in London

Speaking to Closer magazine, Carla said: ‘Tanisha isn’t the most academic of girls, so I don’t really care about her education, unlike with my boys.

Carla said her daughter will have to ‘fit the look of the time’ if she wants to be a successful influencer and reality star.

She added that Tanisha, who currently has 927 followers on Instagram, is good looking, but ‘surgery will make her prettier’. 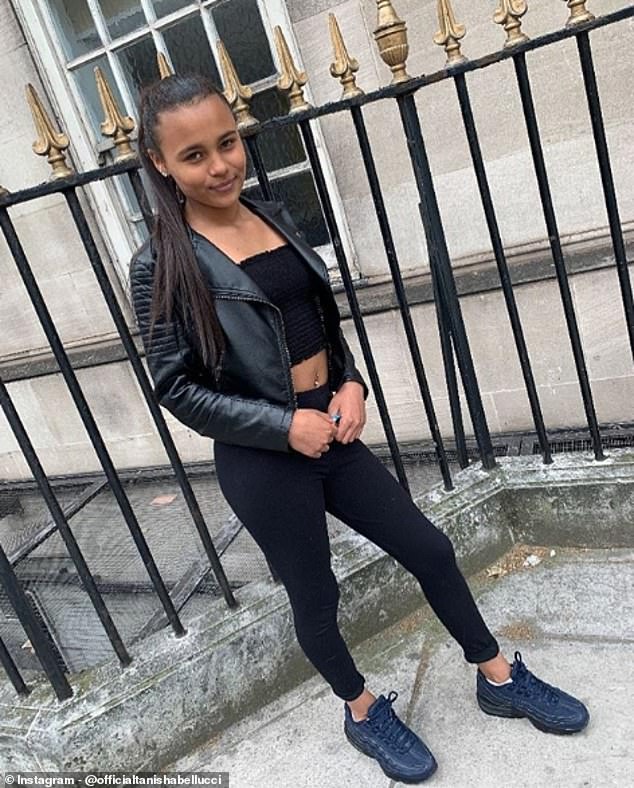 Carla said 14-year-old Tanisha, who currently has 927 followers on Instagram, is good looking, but ‘surgery will make her prettier’

‘At the moment she loves the Kardashian look with the big bum and boobs and pouty lips,’ Carla explained. ‘She’s going to get fillers when she’s 16, which I fully support.’

Carla, who’s now an admin worker, claimed her daughter’s bottom is an area that ‘needs improving’ as it is ‘very flat’.

Despite the risks of the Brazilian butt lift procedure, which claimed the life of 29-year-old mother-of-three Leah Cambridge last year, Carla said looking good is the ‘only thing that counts’.

While she and Tanisha have already saved up around £1,500, thanks to a £100 a month donation from Carla and the teenager topping it up with birthday and Christmas money, the mother said she wouldn’t rule out trying to get surgery on the NHS by ‘bending the truth’. 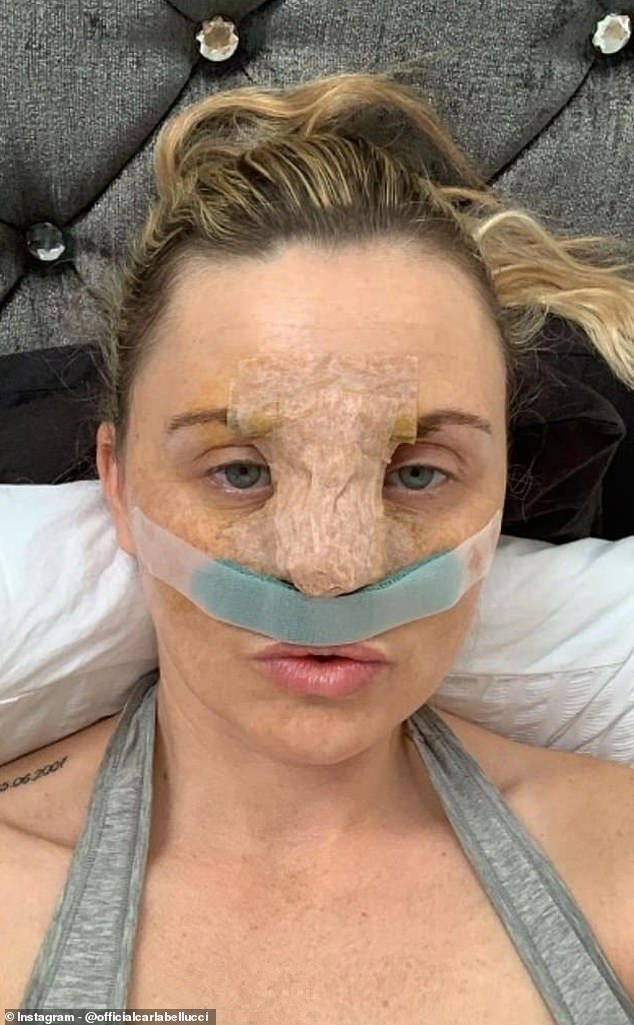 Carla had her £7,000 two-hour nose operation in February at Chase Farm in Enfield, which is part of the London Royal Free NHS Foundation Trust 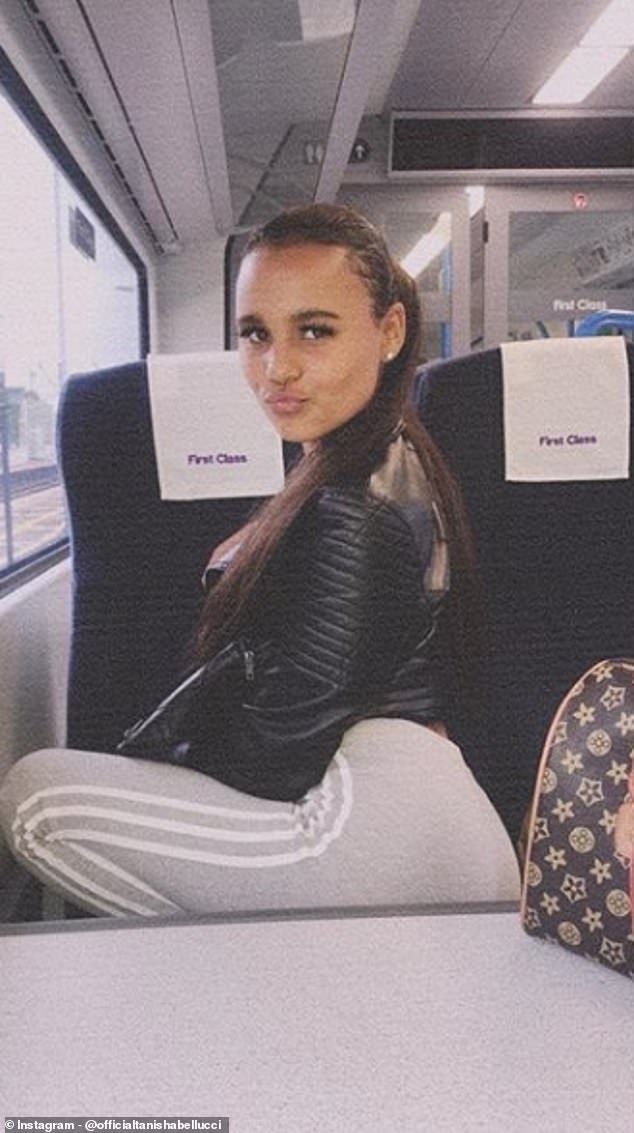 Carla, who’s now an admin worker, claimed her daughter’s bottom is an area that ‘needs improving’ as it’ is ‘very flat’

Tanisha currently has hair extensions put in every few months, which she’s been doing since she was 12, and gets a new set of acrylic nails and tinted eyebrows every few weeks, costing Carla around £200 a month.

As well as fillers, Tanisha plans to get Botox once she hits 16 and breast enhancement surgery at 18.

‘I know what I want and I’ll find the best way to get it,’ she said, adding that she dreams of being famous to appear on shows like Love Island.

‘Surgery doesn’t worry me. Mum’s had it and she’s fine.’

Shameless Carla claimed she ‘flirted’ with a GP to get the slight bump on her nose fixed for ‘free’ in February. 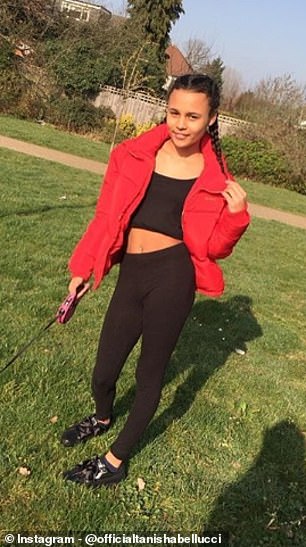 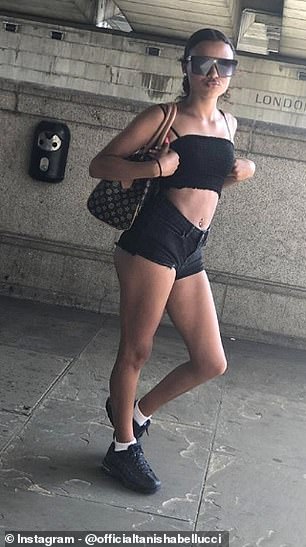 Last month she was signed off work for seven weeks after trolling on social media left her with ‘stress and anxiety’, which she insists she is not faking.

Earlier this month Carla caused a furore after she said she wants a new nose job because Philip Schofield called it ‘wonky’ on This Morning.

She said Schofield’s comments had put her ‘in a state’ and left her needing therapy.

‘I felt he really went in on me. I’m reconsidering having my nose done because what he said has affected me,’ she told The Sun Online.

‘I want to get it corrected even more. I’m trying to get it on NHS but will go private if I have to.’ 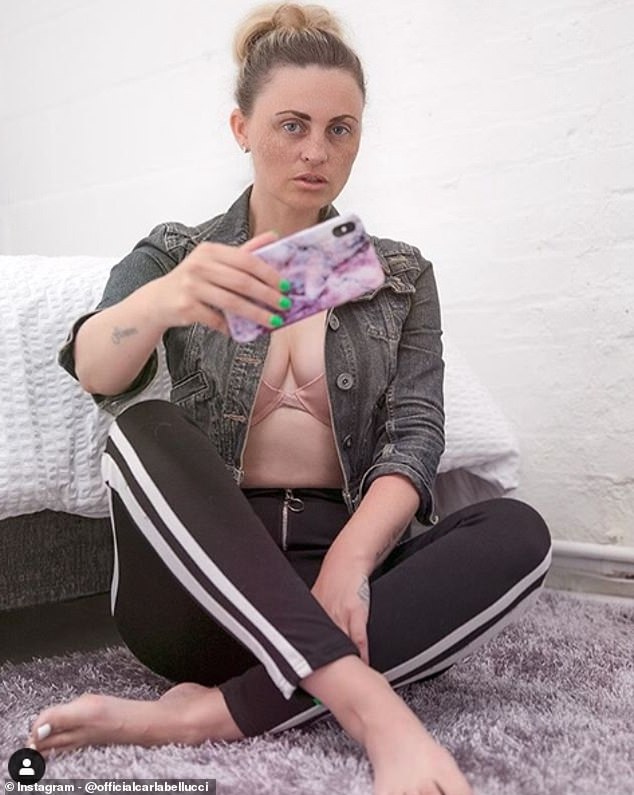 In a brazen clip from This Morning, Schofield is shown telling her: ‘Your nose is still a bit off! You will get battered on social media.’

The Instagram model has already referred herself for counselling and received six weeks of Cognitive Behavioural Therapy at the taxpayers’ expense to help her handle trolls.

‘People moan about me getting doctors notes or sick pay or having to possibly go on Universal Credit, but it’s the taxpayers’ fault because they trolled me. They caused my anxiety,’ she said.

Although she admitted she faked depression and has never suffered from it, she insisted she is experiencing stress and anxiety and begged people to stop attacking her because they’re jealous. 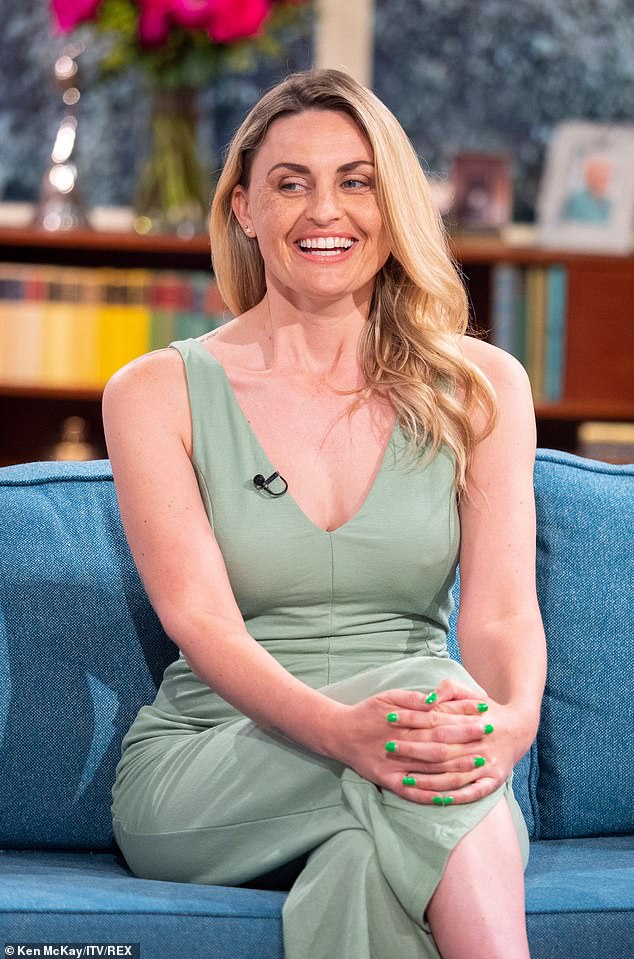 Carla claimed This Morning host Philip Schofield ‘really went in on me’, adding: ‘I’m reconsidering having my nose done because what he said has affected me’

The mother-of-three has also maintained that going to the gym and ‘posing up a storm on social media’ helps decrease her anxiety.

Following her appearance on national television, the ex-model says she’s now an anti-bullying campaigner – using her Instagram account, which is littered with revealing photographs, as her platform.

But Carla’s dream is to become a reality TV star; she told Fabulous Digital it would be ‘amazing’ if she got to appear on ITV’s I’m A Celebrity… Get Me Out Of Here!. 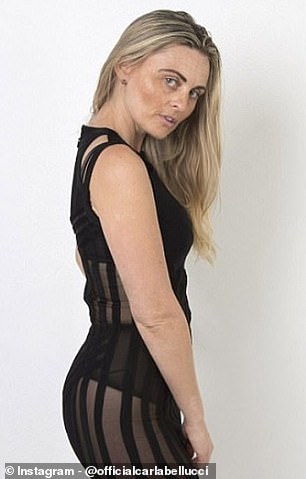 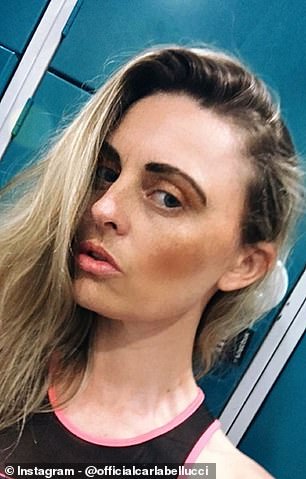 The ex-model says she’s now an anti-bullying campaigner – using her Instagram account, which is littered with revealing photographs, as her platform

Carla had her two-hour nose operation at Chase Farm in Enfield, which is part of the London Royal Free NHS Foundation Trust.

A spokesman for the Royal Free London previously said: ‘Carla Bellucci had a medical procedure at Chase Farm Hospital. No cosmetic work was carried out.

‘We would ask her to use our official complaints channels if she has any concerns about her care.’