Dr. Iggy Frome has made a serious life-changing decision when it comes to his career — he’s no longer seeing patients.  When New Amsterdam season 4 premieres on September 21, Iggy will be questioning whether or not he made the right move. HollywoodLife got EXCLUSIVE scoop from Tyler Labine about the future ahead for Iggy.

“The thing about someone who has put all of their identity into being a caretaker and caring for patients deciding to stop doing that, some stuff is going to shake loose,” Tyler told HollywoodLife. “That’s a major life change for him. I think it’s healthy. I think it’s a warranted, healthy decision. Is it going to go well? I don’t think so. Is he going to be able to stick to it? I don’t know. We’ll see. The more important part of that is we get to watch the journey of that. This season is going to be more of a joy journey if you will. But one thing to remember about people on their path to being a happier human being is that that’s not easy. That’s a choice. People make hard choices to become happier in their life. It’s not just a thing you just get by saying, I’m going to be happier. So this season is about joy. But it’s going to be a very challenging journey for these people to find their happiness and their joy, and he’s no exception.” 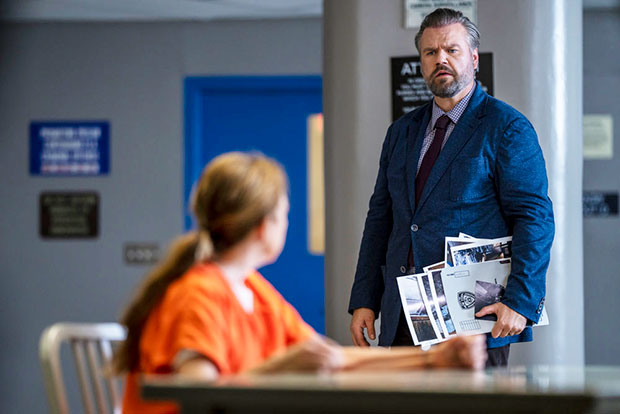 In the season 4 premiere, Iggy has to see a “long-standing patient who is very dangerous.” This person makes him start to question everything. “He gets pulled into a very, very sticky situation with her where she sees the vulnerability in him that he’s decided to stop seeing patients,” he continued. “Instead of her just helping him with what he’s dealing with, she becomes his Hannibal Lecter. She’s like picking at the scab. She’s calling him out for being a failure in making this decision. It’s really hard for him. And that kind of sets him off for the season and he’s asking, ‘Am I doing the right thing? Or is this a horribly wrong decision?’”

Since he’s not officially seeing patients anymore, he will be guiding new psychiatry residents. However, Iggy’s overprotectiveness may get in the way of him mentoring others.

“You’re going to get to see a man really, really struggling to keep his hands off,” Tyler teased. “He has new residents. He’s calling himself their ‘psych sherpa,’ which is a line they graciously let me adlib. I think it really, really encapsulates what he’s trying to be, which is this zen-like leader of residents, but I think he’s not great at it. Because I think when you struggle with projection, he’s projecting a lot onto these residents about the things that happened to him and realizing that you just can’t prepare people to help them avoid the pitfalls of the profession they’re in. But he’s white-knuckling it. He’s trying so hard. It’s like they are children and he wants to spare their feelings getting hurt. I think we see this little tyrant come out of Iggy where that manifests itself in him being a control freak.”

At the end of season 3, Max and Helen finally confronted their feelings for one another. After seasons of build-up, Sharpwin is finally happening. Tyler weighed in on this new chapter for Sharpwin and teased a “major” twist ahead. 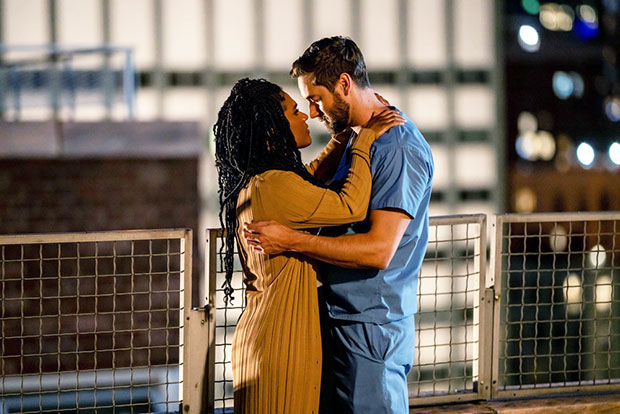 “I think things get revved up in the romance department,” Tyler told HollywoodLife. “Everyone’s feeling a little more amorous, seeing that these two are finally getting it on. I hope that ripples out to the people at home. But also, we are going to have to witness now what happens after the thing happens. When we watch TV and there’s a will-they-won’t-they relationship, like Jim and Pam, let’s say, it’s like that anticipation, juicy feeling. You get so invested in: will they? And when they do, you have to be ready to watch what happens once people do. It’s not just going to be that thing anymore. We all want to hold on to that, but we have to let go now that they’re doing it. So we have to watch it happen. And that’s happening with all the colleagues as well. We’re seeing what happens when people get together, and it’s not always what you think it’s going to be. It’s not always perfect and pretty. They drop a major bomb on us in the premiere episode.” New Amsterdam season 4 airs Tuesdays at 10 p.m. on NBC.