Statistically, Karl Stefanovic’s return to Today in 2020 – following his axing from the program last December – is likely to fail. From a gut-hunch perspective, his pairing with 60 Minutes reporter Allison Langdon gives Channel Nine’s ailing breakfast show a fighting chance.

On Saturday, Nine confirmed that current hosts Deb Knight and Georgie Gardner will move to different roles within the network, with Stefanovic and Langdon taking over in January. 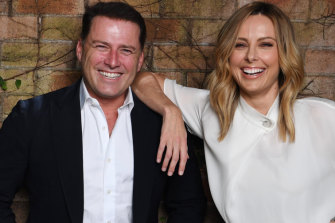 Karl Stefanovic will return to Today in 2020 with a new co-host, Allison Langdon.Credit:Louise Kennerley

Since 2005, commercial breakfast programs – including 10’s now-defunct Breakfast and Wake Up – have tried their luck with 15 different anchors. Only five can claim long-term success: David Koch, Melissa Doyle and Samantha Armytage on Sunrise; and Stefanovic and Lisa Wilkinson on Today. To put it bluntly, most presenters fail.

Compared to last year, Today's national audience is down 17 per cent to an average of 292,000 viewers. This can’t be blamed on the broader decline of live television; Sunrise (457,000) and ABC News Breakfast (248,000) have both held steady.

When Nine pulled the pin on Stefanovic in December, it had good reason to do so. At a network event in July, Stefanovic himself conceded his bosses made the right call. “I just wasn’t at my best,” he said. “You can’t be doing that show unless you are at the top of your game.”

You never know how two people will go until they’re on air.

Years of ceaseless tabloid intrusion into his personal life had also taken a toll. According to a producer from a rival network, Stefanovic's rapport with Wilkinson, who left in October 2017 over a pay dispute, helped mitigate the damage. “Viewers would be thinking, ‘If Lisa likes Karl, he must be a good bloke’,” the producer says.

Gardner’s tendency to bristle at Stefanovic's provocative remarks did him no favours but when Nine replaced him with the talented Knight, ratings fell. It’s not that Knight and Gardner did anything wrong; their on-screen partnership simply lacked the requisite spark. 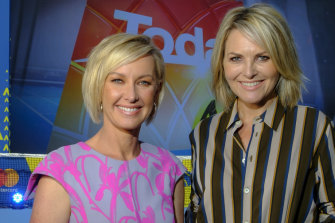 Stefanovic has a better chance with Langdon, who has demonstrated her journalistic chops on 60 Minutes and her breakfast TV skills on Weekend Today. At the very least, their pairing is unlikely to be dull.

Of course, Nine’s about-face can only succeed if Stefanovic does not repeat his mistakes.

Though he can’t control the tabloids, he can avoid playing into their hands by taking fewer luxury yacht rides with his billionaire pals. He wouldn’t be wrong to insist his leisure activities are entirely his own concern. Nine may counter that commercial television is an image business and the network has paid him a small fortune to capitalise on his larrikin charms. The constraints of “reputation management” might be irritating, but many people would put up with worse for a multi-million dollar pay cheque.

For all of Nine’s early morning woes, prime time hits such as Married At First Sight and Lego Masters have delivered its best audience share in years. Odds are the network will finish 2019 with more viewers than Seven, ending its arch-rival’s 12-year reign, and Nine is also poised to win the 16-39 and 25-54 demographics. If it can fix Today, it stands to gain a bigger slice of the $120 million that advertisers spend on breakfast programs.

On paper, Stefanovic and Langdon are a good match but as his former co-host Wilkinson knows, TV triumphs are impossible to predict. “Even though Karl and I had an incredibly successful partnership, not even we can specify what it was that worked,” Wilkinson told me in August. “You never know how two people will go until they’re on air and under the spotlight for three-and-a-half hours every day.”