A severe thunderstorm warning has been issued for parts of the Sydney metropolitan area on Tuesday afternoon, with damaging winds, hail and flash flooding expected for parts of NSW.

The Bureau of Meteorology issued an updated warning at about 3.15pm on Tuesday that showed that parts of the Blue Mountains, Wollongong and Sydney areas are expected to be affected as the result of thunderstorm cells and a low frontal system sweeping through the state, with areas such as Penrith and Marsden Park already reporting hail. 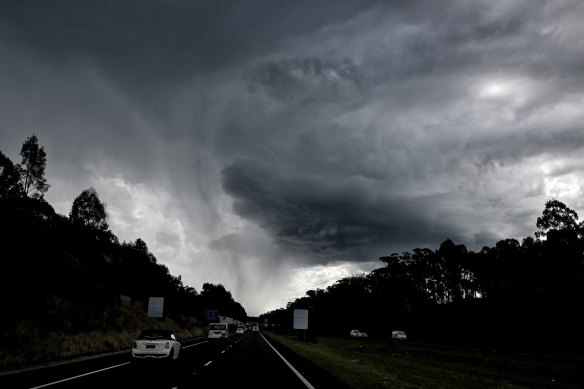 Meteorologist Jordan Notara said that the thunderstorms were likely to continue into the afternoon with showers persisting into the early hours of the morning.

“At this point we won’t be seeing a complete clearance until that system comes through,” Notara said. “However, that is not going to be the end of it. Tomorrow afternoon there will still be all the ingredients to see thunderstorms in the metropolitan, Illawarra and eastern parts of the state.” 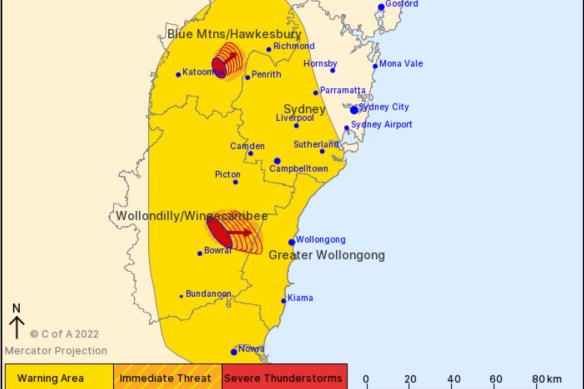 A severe thunderstorm warning has been issued to parts of NSW on Tuesday afternoon.Credit:Bureau of Meteorology

Notara said that the bureau had no reports of flash flooding, but that built-up metropolitan areas could expect isolated flash flooding in places with poor drainage.

However, he said the bureau would keep a close eye on the situation as it evolves into the afternoon and evening.