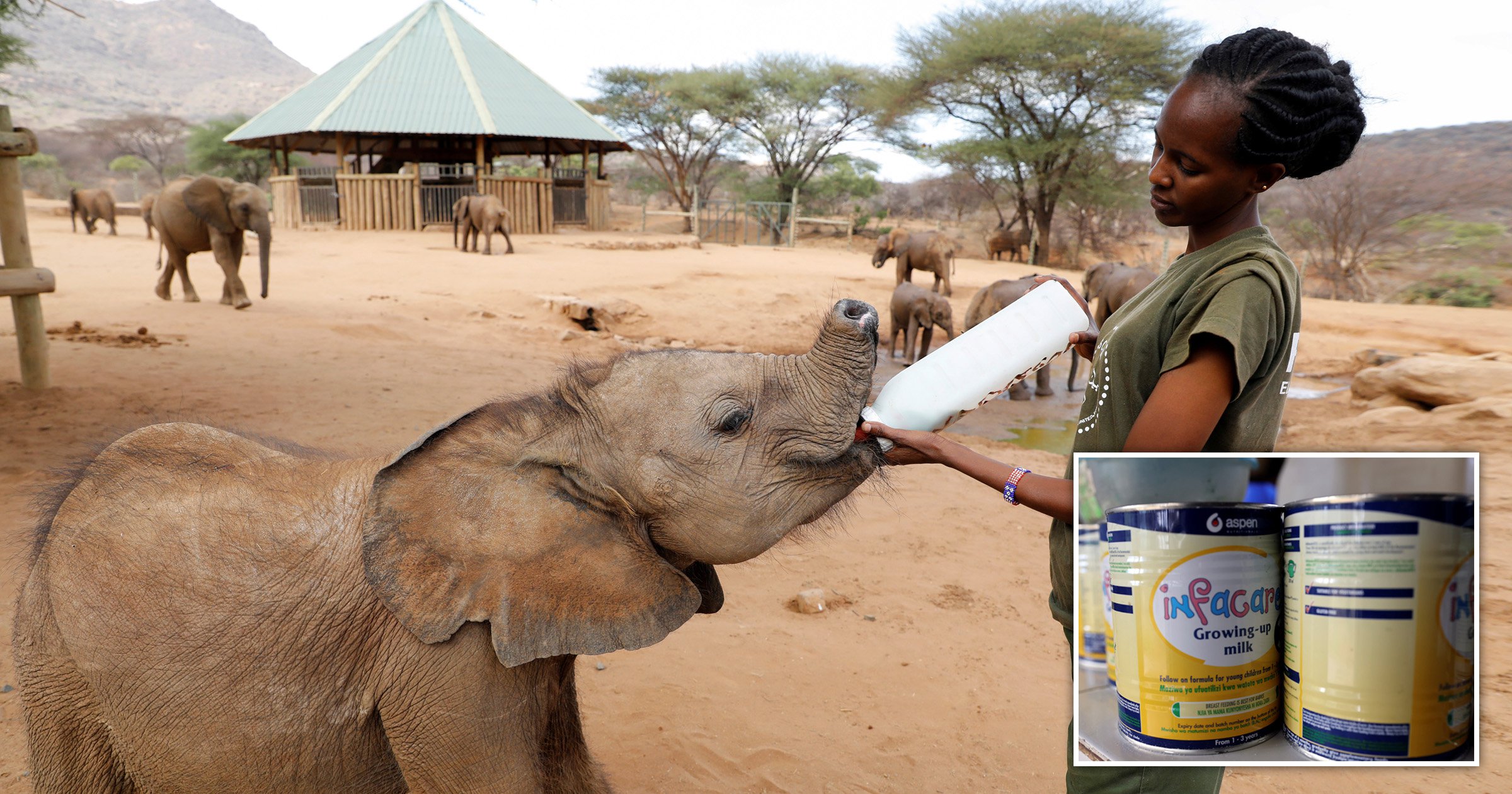 An elephant orphanage in Kenya is testing goat milk as a potential food supplement for its small herd.

A healthier and cheaper option than human baby formula that is traditionally used, the solution could see the start of a business model that will aid the local community too.

Founded in 2016, The Reteti Elephant Sanctuary is located in Samburu County in the semi-arid scrublands of northern Kenya.

The sanctuary helps to rescue orphaned and abandoned elephant calves and cares for them until they are old enough to survive on their own in the wild.

‘This is an animal that has just have maybe lost a mother, they have been separated from their family,’ he says. ‘So, they get a lot of psychological traumas, that is a big challenge, which can compromise their health. Goat milk is very good for the survival and the health of small (elephant) calves.’

The switch could cut feeding costs for the sanctuary which can feed between 15-30 animals at a time. However, a study had not yet been done to take all costs into account.

Liwana Lenakukunyia, is just one farmer selling goats’ milk to the sanctuary and says she is thrilled to have a new source of revenue.

‘Since we started milking goats and selling the milk to the sanctuary, at least we have our own cash which you can feed your family with,’ she explains.

Many of the farmers who are benefiting from the new scheme are women.

Send us an email at [email protected]