A year without performing left a profound impact on singer-songwriter Patrick Droney. He shares how the deluxe edition of his new album reflects this feeling of ‘gratitude’ that he gets to play music again.

With 2022 just weeks away, that can only mean one thing: Patrick Droney will soon hit the road again. At the end of October — following the release of the deluxe edition of his State of the Heart album — the Nashville-based artist announced an extensive tour for the start of the new year. Yet, after a pandemic year without gigs, Patrick decided to shake off some of the rust. What followed was a handful of sold-out shows in Los Angeles, Brooklyn, and Nashville and a renewed understanding of why he was put here on this earth.

“We’re getting back in,” he tells HollywoodLife after finishing up those gigs. “Kind of easing our way back. It’s just been amazing. Kind of like getting a tangible feeling of like the why you make these records and how that’s really the point – so you can experience that in a room with people.”

“Also, the same token, just how exhausting,” he says with a laugh. It’s the kind of exhaustion he’s glad to have. Patrick and his band were on the road when COVID-19 shut down the world. “We were pulled off our tour halfway through,” he said. “Coming from a guy who’s played shows my entire life, it was just a jarring stop.” The sudden change in everything – no touring, no shows, no assurance that live music would ever come back – influenced the creation of State of the Heart.

State of the Heart first arrived in May, with the deluxe edition arriving in September. Though the album includes songs written both during and before the pandemic, Patrick thinks the album has taken on a timeless nature since its release. “The song ‘Yours in the Morning has existed for like five years,” he says, “and a song like ‘River’ was written when I was cutting the record, the last month before it came out. So it kind of spans this last chapter of my life. This record was really interesting because we put out the State of the Heart EP in October, and we’ve been peppering [songs] out all the last year and a half. So it has been just like a drip-feed of music and songs. And the songs have taken shape and life in different moments of that year. They’ve all found themselves caught up to date in their own different ways.”

Helping these songs both reflect the time and shine with a glint of universality is Patrick’s approach to storytelling. His deft turn of phrase and ability to boil down the complexities of a human experience into a three-and-a-half-minute song is a talent few can boast. And that power comes with a responsibility that he discovered during this time of COVID.

“Just seeing the tangible effect that these stories have on people to help articulate their stories to help them feel less alone — putting out a song like ‘Glitter,’ which is a song about grief in a time of this mass grief,” he says. “Again, that was just humbling and showed me like this is way more purpose-driven than I even thought it was that, you know, I have to hold myself accountable to telling my story the best I can in the most honest way.

“Because,” he adds, “I found, the more specific I get as a songwriter, the more universal that becomes. It’s fascinating. Like, the little details are what connects us. It’s not so much the grand themes. It’s like the little things.” 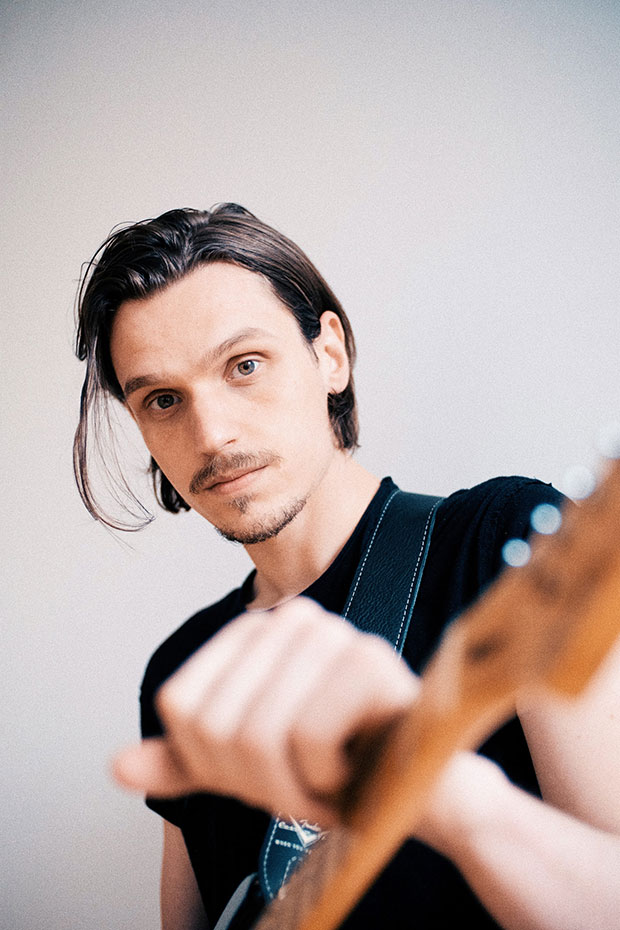 This renewed purpose of telling an honest story led to the deluxe edition of State of the Heart. Deluxe, remastered, or re-released editions can sometimes be expensive cash grabs. In the past, they were ways to get fans to buy the same album over and over again. That may not be so in the era of streaming, but there are still versions of albums that feel a bit excessive.

Not for State of the Heart. Patrick says that this version, with five new songs — “Good Die Young,” “Like The Water,” “Hummingbird,” and a cover of ZZ Top’s “Rough Boy,” featuring the band’s Billy Gibbons – was “really important to tell the story, and finish the archivist narrative” of the album’s story.

“Songs like ‘Forgive Yourself’ like that song, in particular, that’s something I really want people to hear because I really needed to hear it when I wrote it,” he said. “Luckily, I have incredible fans who are engaged in this music on this journey with me. So it’s felt like I was able to put out like, another record, again.”

The deluxe edition of State of the Heart also hits close to Patrick’s heart. He said he came up with “maybe three records-worth of material” for the album, and when it came to picking songs for this new version, they “kind of found me at the moment. Like, with ‘Rough Boy’ with Billy Gibbons – that song is one of the first things my Dad ever showed me. It’s kind of our song. Growing up, Billy was a huge hero of mine.”

“To be honest with you, that was so serendipitous. I could not have planned for that to happen in the last couple of months. Billy happened to be in town. This thing just happened. So that was like, thank you from like the gods. So I couldn’t plan for that,” he says. “‘Hummingbird’ is a song that I knew would be on the deluxe [edition[, because that’s another theme of this record. And ‘Good Die Young’ is a song I actually wrote with my brother a couple of months ago, and that, again, like I couldn’t plan for it, but just these little things that just made them like, ‘oh, that has to be on this record, because of like, what it means in the context.’ ”

When Patrick got the Billy Gibbons feature, he couldn’t wait to tell his Dad the news. “I was debating whether or not to tell him and surprise him.” The collab was a moment of “manifesting,” explains Patrick. At the start of making State of the Heart, he put together a “mood board”-type of playlist, of “pillar songs in my life,” he says. “And for me, ‘Rough Boy’ was such an incredible pop song with two massive guitar solos. ‘This is how you do it.’” When it came time to record his version of “Rough Boy,” Patrick felt the pressure. He wanted to celebrate the song that he and his father bonded over, but, as he says, he also wanted to “put my own flavor on it. And Billy gave me his approval to make it my own.”

“And I think the thing that I love about Billy,” adds Patrick, “is he’s so feel-driven and soul-driven. And he’s at the stage of his career, that you know, unfortunately, just had a very massive loss in the band in Dusty [Hill], but he’s still as beautifully invigorated to make music as I’ve ever seen anybody ever. That willingness to participate at the moment, no matter what you’ve accomplished or you’ve done, is always humbling and inspiring to me. So I think just watching his willingness to come to the table and sing a song with a guy in his twenties, like, it’s awesome.”

Fans will get a chance to experience this awesomeness firsthand when the State of the Heart Tour kicks off in February. “That’s another milestone,” he says. “For me to do a headline run off of that? To pull something like that off, — not only post-pandemic like that is itself a feat – but it’s kind of mind-blowing that we’re able to do it safely. It’s a true dream. I’m meeting my fans. That’s the biggest, coolest thing for me all these shows, it’s like, I’m finally getting to say hi to the people that have helped me get by, you know, this last year and a half.”

“It’s all very exciting,” says Patrick. I’m very grateful. I have a lot of gratitude right now. To be able to do this, to get to this place right now where can go back and play? Just nothing but gratitude.”