Drew Pavlou, an activist, former Senate candidate and outspoken critic of the Chinese Communist Party, was ordered by Australian Federal Police to leave Parliament House in Canberra yesterday or risk arrest if he refused to do so.

Renowned for his confrontational style of protesting, trenchant criticism of Chinese President Xi Jinping and China’s treatment of Uighur Muslims, Pavlou had been at Parliament House to meet with MPs and senators on the parliament’s intelligence committee. 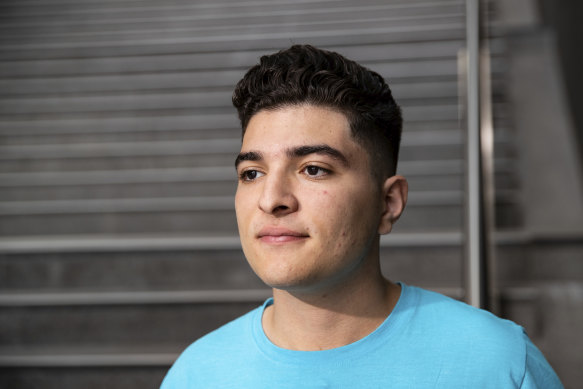 The 23-year-old said he had been finishing lunch with two friends at the Queen’s Terrace cafe, in a publicly accessible part of the building, when he was approached by AFP officers and told he was a “high risk” individual, an “active protestor” and “higher ups” had decided he must leave or he would be trespassing.

“I said, I’m not protesting whatsoever. I’m here to meet with MPs and senators. I showed them the emails that I had [with MPs’ offices] confirming my attendance,” he said.

“Some people think I’m a troublemaker…. But this was a day where I was literally not seeking out any trouble whatsoever. I was not there to protest. I was trying to keep a low profile.”

“I’m someone who’s testified before parliament before. I’ve been to parliament multiple times, I’ve met dozens of MPs and never any problems so it’s just bizarre.”

A video of the incident, posted by Pavlou to social media, appears to corroborate his version of events.

Pavlou said he would attempt to re-enter Parliament House today.

Liberal senator James Paterson, who had met with Pavlou earlier in the day, said he was concerned the activist’s removal was an overreach.

“Australian citizens who protest frequently visit Parliament House for meetings, including union officials and environmental activists, without being asked to leave by the AFP,” Paterson said.

“I am concerned that Mr Pavlou’s lawful activism is being cited as a reason why he was not permitted in areas of Parliament House open to the public, particularly as he had bipartisan meetings in the secure area of the building without incident.”

A spokesperson for the AFP confirmed they had “engaged a male at Parliament House yesterday who then departed the building voluntarily”, but declined to say why he was instructed to leave.

“No arrests were made as a result of this incident. No further comment will be made on this matter,” the spokesperson said.

Earlier this year, Pavlou was evicted from the Wimbledon men’s final for staging a centre-court protest over the Chinese Communist Party’s treatment of women’s tennis player Peng Shaui.

He was later arrested and detained by British Metropolitan police for more than 20 hours on July 21, after he staged a protest outside the Chinese embassy in London. He was arrested on suspicion of issuing a bomb hoax against the embassy but maintains he was framed by CCP sympathisers who created an email account impersonating him to send the threat.

During the 2022 federal election campaign, while running as a candidate for the Queensland Senate, Pavlou took a “F— Xi Jinping” sign to a shopping centre in a heavily Chinese part of Sydney, sparking a confrontation with locals and drawing the attention of police.

On another occasion, Pavlou and others disrupted a campaign event for then-Liberal MP Gladys Liu, who was showered with fake Chinese yuan while Pavlou shouted about Hong Kong.