Steven had already caught his girlfriend cheating, but instead of leaving her he decided to propose to her.

Fast forward six months and the woman is now pregnant with Steven’s baby.

He decided to enlist the help of YouTube channel To Catch A Cheater to find out once and for all if she has moved on from her “cheating” ways.

The channel decided to recruit rapper Lil Flip to hit on Steven’s partner.

They filmed Flip chatting to the woman in a bar before things got more heated.

The pair decide to leave and continue their conversation in the rapper’s car.

Steven is visibly shocked as he watched his partner then appear to get frisky with the rapper, before the camera cuts.

Asked if he considers that cheating, he responds: “Are you kidding?!”

The channel’s host – Luis Mercado – then reveals that the woman sent a video to the rapper after he left the car.

Luis then put the finally cherry in the pie by explaining how the woman and her friend ended up going back to Lil Flip’s hotel. 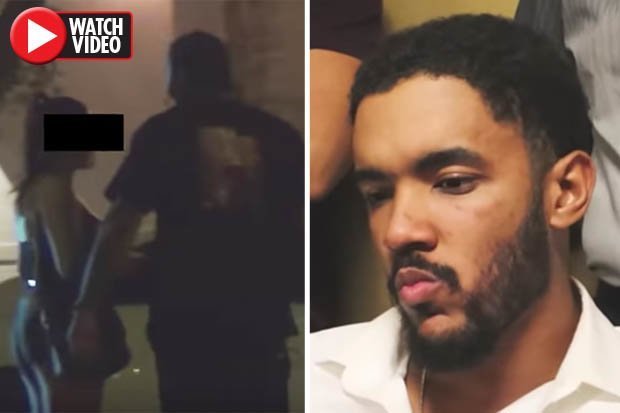 But a heartbroken Steven refuses to believe what he is seeing.

The clip ends before we find out whether Steven has decided to go ahead with his marriage or not.