Prince Harry and Meghan Markle attended the National Service of Thanksgiving at St. Paul’s Cathedral in London on Friday.

For the church service, which is part of Queen Elizabeth II’s Platinum Jubilee celebrations, the Duke and Duchess of Sussex arrived early in the procession around 11:05 a.m.

As Page Six previously reported, the 96-year-old monarch announced she would no longer be attending the service after she felt “discomfort” following Thursday’s festivities.

“Taking into account the journey and activity required to participate in [Friday’s] National Service of Thanksgiving at St. Paul’s Cathedral, her Majesty with great reluctance has concluded not to attend,” Buckingham Palace said in a statement Thursday.

“The Queen is looking forward to participating in [Thursday evening’s] Beacon lighting event at Windsor Castle and would like to thank all those who made today such a memorable occasion.”

Keeping with tradition, the Queen appeared alongside fellow members of the royal family on the iconic balcony at Buckingham Palace on Thursday for the Trooping the Colour parade. 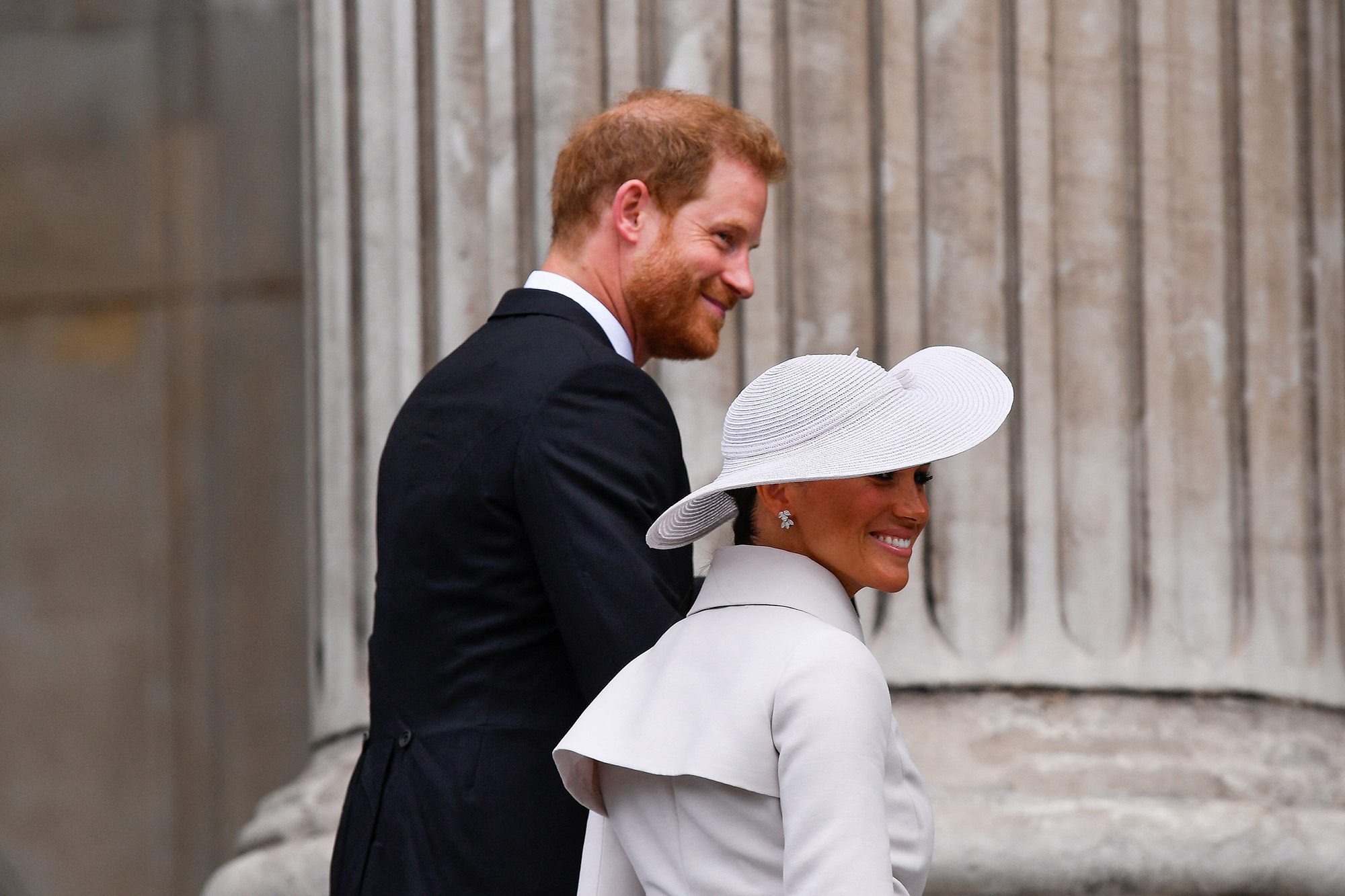 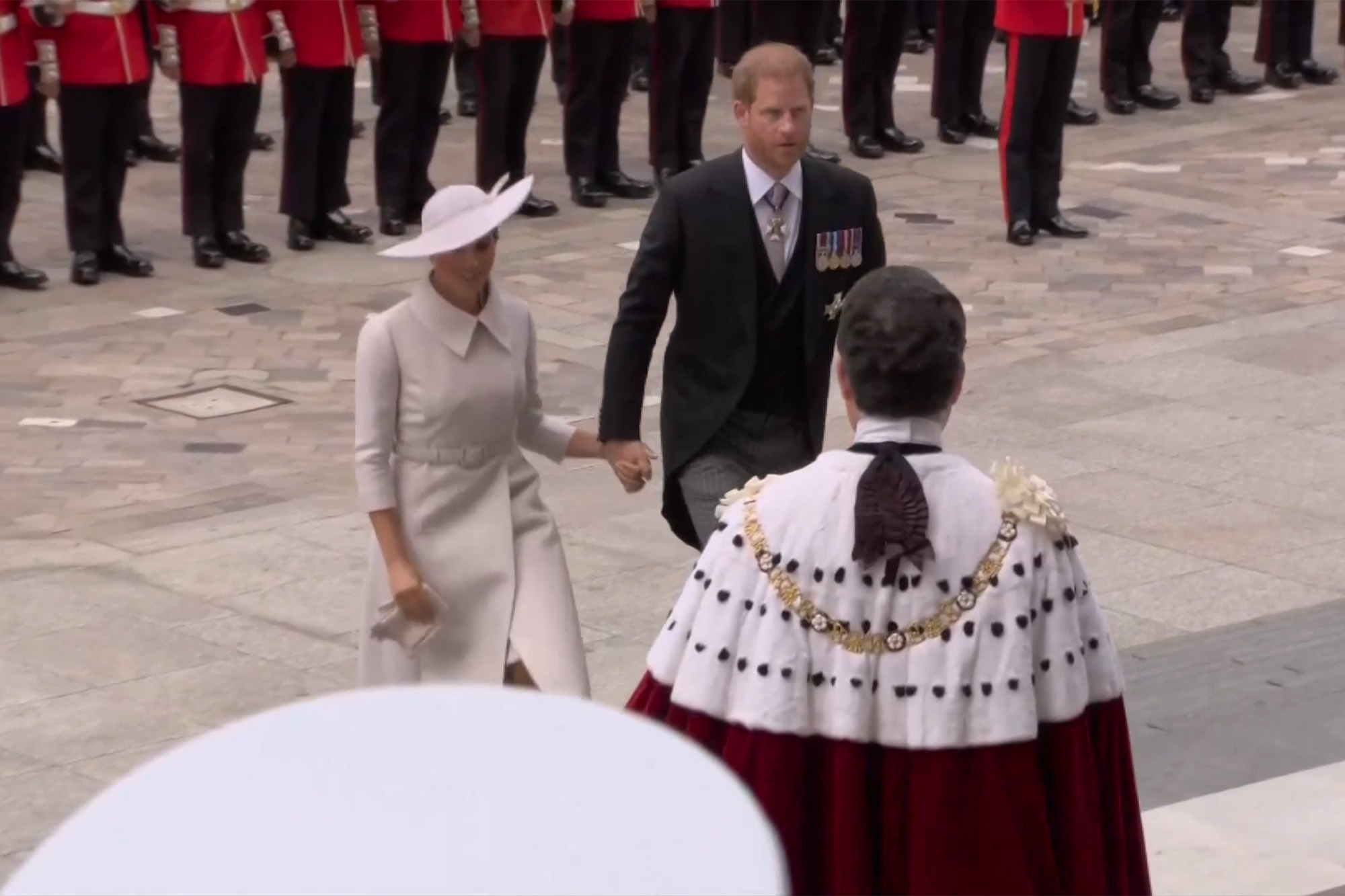 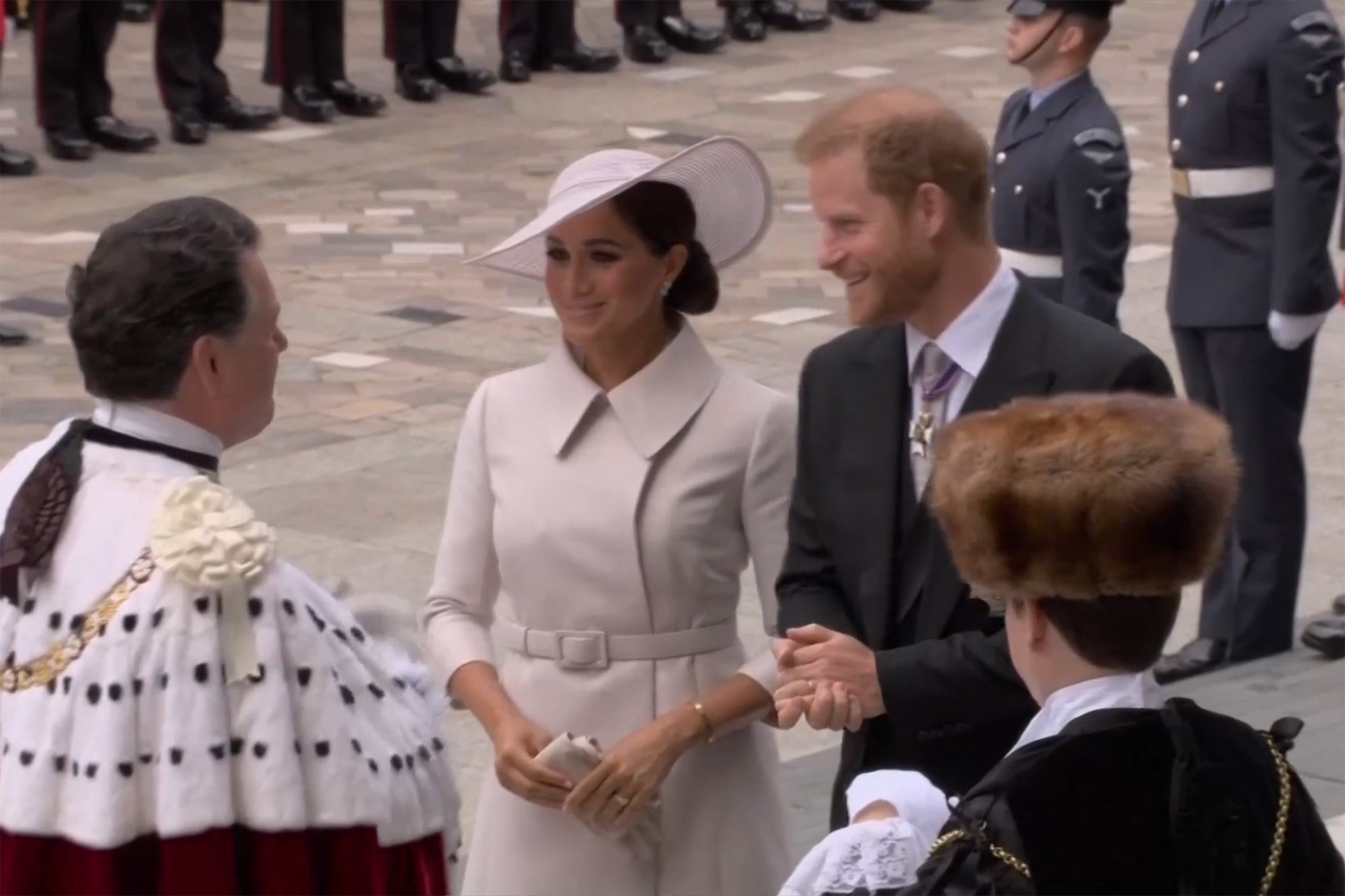 She was joined by Prince William and Kate Middleton. Also in attendance was Prince Charles, who is next in line to the British throne, and his wife, Camilla, who will take on the title of “Queen Consort” when he becomes King. 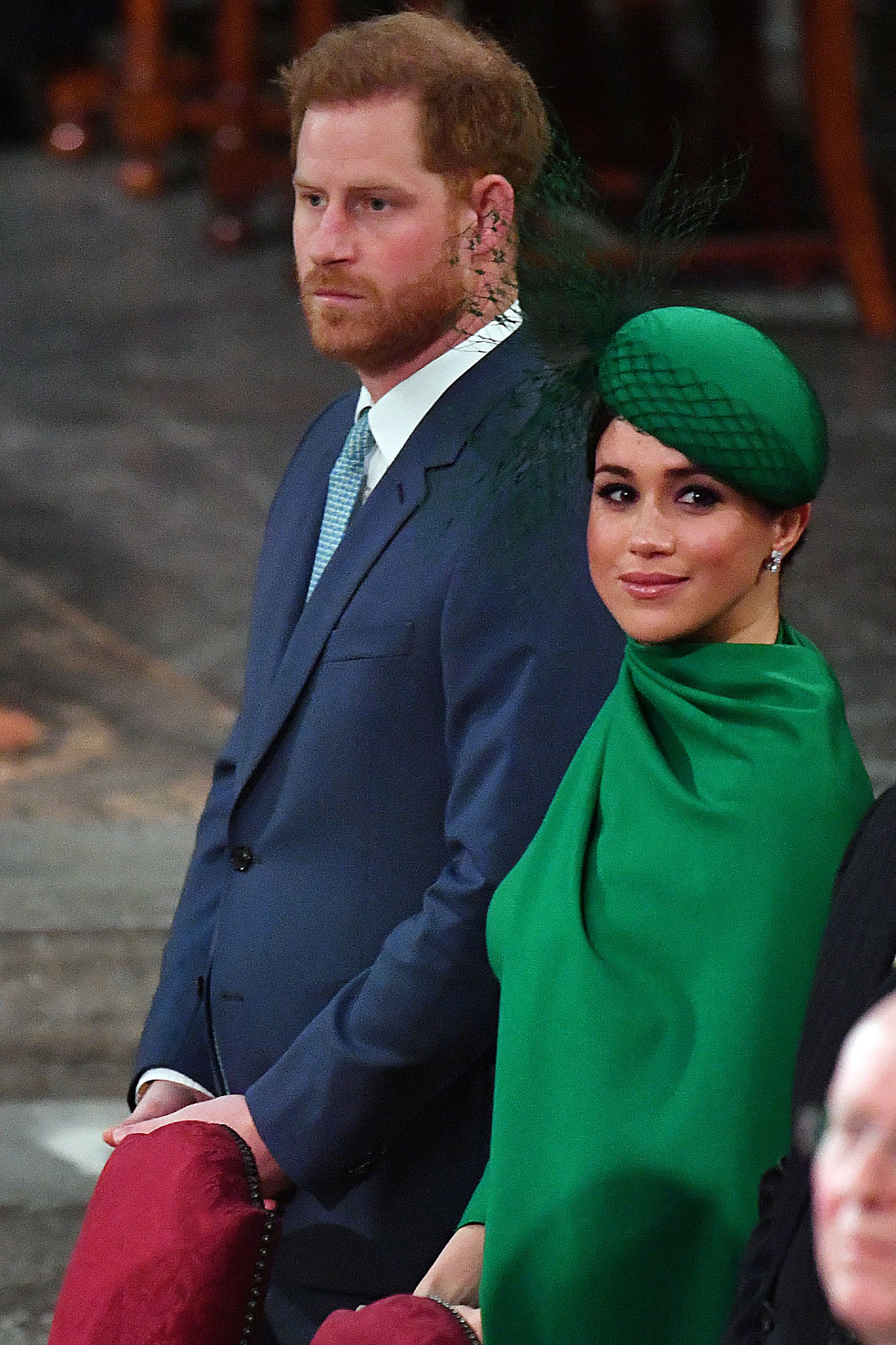 The outing marked the royal family’s first balcony appearance since COVID-19 swept the globe in 2020.

As previously reported, the Queen decided that the Duke and Duchess of Sussex would be taking a back seat during the Platinum Jubilee after the pair resigned from their royal duties and moved to California in 2020. However, the two were spotted keeping a low profile at the Trooping the Colour parade, where they spent time with some of the younger royals.

Page Six exclusively reported that Meghan, Harry and their kids touched down in London on Wednesday. Their visit to the UK marks the first time the Queen will meet her great-granddaughter ahead of Lilibet’s 1st birthday on June 4. 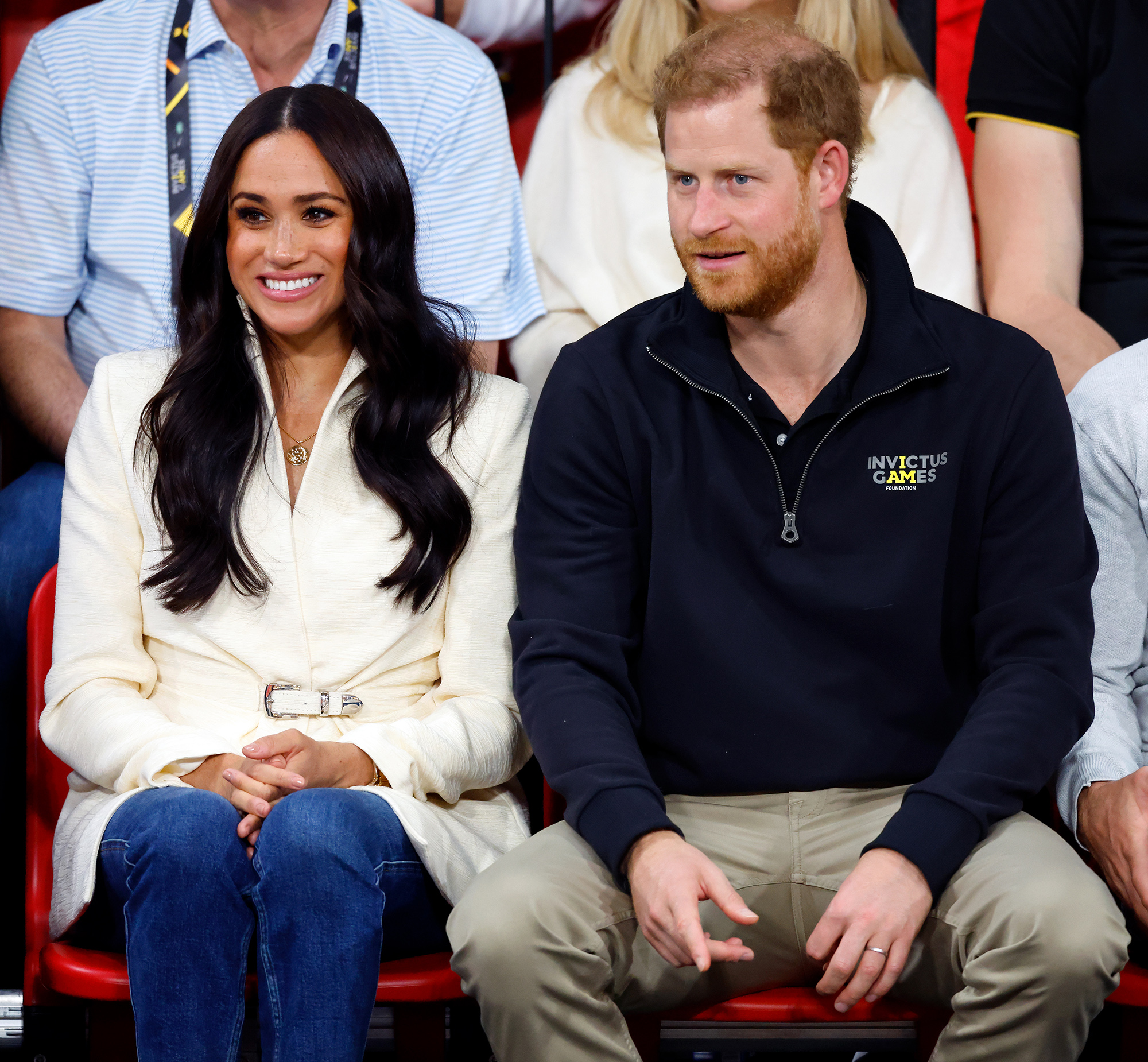 The “Suits” alum and her husband had only returned to the UK together once since moving to the States, secretly visiting the Queen on the way to the Invictus Games in the Netherlands in April. Harry visited two other times solo but has expressed concerns over a lack of security to protect his family.

Harry has yet to be seen with his brother, the Duke of Cambridge, amid their reportedly tense relationship.