First home buyer activity has dropped to its lowest level in years despite falling property prices, as rising interest rates and a fear of overpaying push aspiring homeowners to the sidelines.

Declining property prices sound like good news for first home buyers but are of little help when borrowing power is falling faster and prices are still well up on previous years, industry figures say. 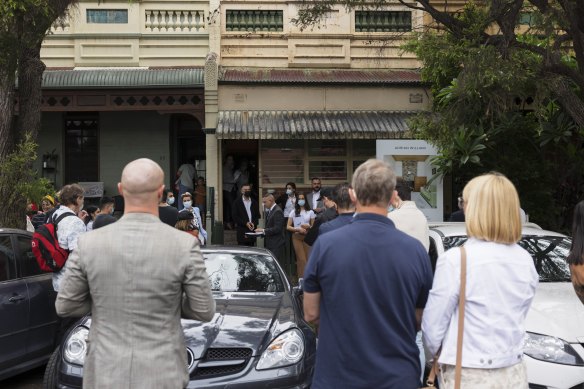 Predictions for sizable price falls have prompted some to put purchase plans on hold and continue saving in the hope of securing a better deal next year.

“Now we’re in an environment where incentives have wound down and interest rates have risen and it has hit first home buyers,” he said, adding that they were affected more than investors who could claim tax concessions.

The number of first home buyer owner-occupier loans in NSW reached its lowest level in more than three years in July, the latest month for which Australian Bureau of Statistics figures are available.

The number and value of loans were down by more than 40 per cent year-on-year, based on seasonally adjusted figures, and had fallen about 18 and 17 per cent, respectively, since April – the last month of the record-low cash rate. They comprised a quarter of new home loans in July, down from almost a third the previous July.

Oliver said first home buyers were seeing little benefit from falling prices, as rising rates were cutting their borrowing power. Once rates had peaked, which he expects to take place mid-next year, they could return to the market in earnest.

But even if prices fell 15 to 20 per cent nationally, as Oliver predicts, it would bring prices back only to December 2020 levels, when poor affordability was already an issue. Prices would need to drop at least 25 per cent for a broad improvement in affordability, a recent report found, a drop the report’s authors did not expect.

Oliver added that the government, as in previous downturns, may look to reintroduce incentives such as HomeBuilder to support the market if the economy slowed. 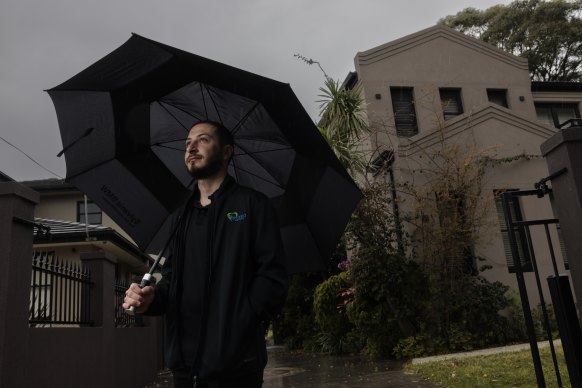 Lewis Alha, 24, is among aspiring first home buyers nervously watching the market. He lives with his family in Croydon Park and is hesitant to buy just yet, turning his focus instead to increasing his savings. He wants to purchase by mid next year, however, when he thinks prices will reach their lowest point of the dip.

Alha plans to use the government’s Home Guarantee Scheme, which would allow him to purchase with as little as a 5 per cent deposit.

“While the prices of property are declining I don’t know if it’s going to be better to wait in the long term for them to really drop because, as they drop, the interest rates are going up. At the moment I’m trying to wait it out … but I might miss the boat,” he said.

Less borrowing power, and the prospect of higher mortgage repayments, have also shifted his focus from newer two-bedroom units costing about $700,000, to older, smaller units asking $500,000 to $550,000. But many options were up in the air, he said.

“You have some savvy first home buyers at the moment who are placing themselves very well, but that’s a fraction of the market, say two out of 10 buyers; the rest are scared,” he said.

Daoud said the rising cost of living, particularly increasing rents, was making it harder to save a deposit.

Buyer’s agent Michelle May, principal of the eponymous buyer’s agency, said some first home buyers were striking good deals. Many, though, were nervously watching the market.

“There’s also not a lot of stock, and a lot of it is investors offloading stock that is not renting, and that’s not the stuff we want to buy,” she said.

May urged buyers against trying to pick the bottom of the market, as they were bound to miss it, and instead suggested focusing on finding a quality home.

“Although the market is coming off, they can also borrow less, so it’s not really helping them,” he said.

Edge said interest in the Home Guarantee Scheme had fizzled out among his clients, but help from the Bank of Mum and Dad was still widespread.

Most Viewed in Property