There’s a beautiful moral simplicity about sporting contests. Win or lose. In or out. So how nice it is that England, which voted in 2016 to leave the European Union, has done so well in a competition that’s called Euro 2020.

After the Brexit vote, the outgoing EU Council president Donald Tusk warned that this country would become a ‘second-rate player’.

Really? What about his own country, Poland, who didn’t get past the group stages, or Angela Merkel’s Germany and Emmanuel Macron’s France, who were eliminated days ago?

We may no longer be EU partners, but, without doubt, football is the national game of Europe and everyone is invited.

Wimbledon is enjoyable. The Tour de France is tough. Alpine skiing whiles away Sunday afternoons. Formula 1 still draws a crowd. But football is the special one.

All across Europe, people sit in bars and parks, beers in hand, glued to their TV screens. 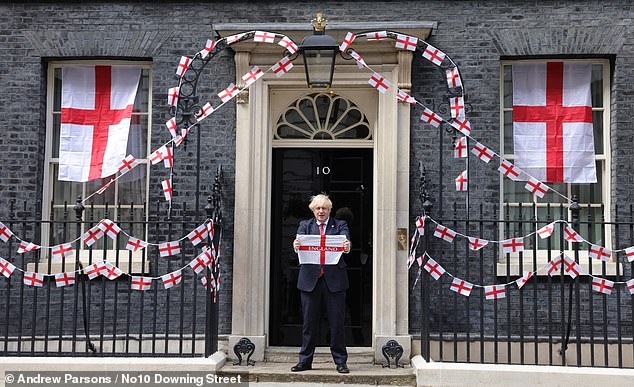 But in this country, success at Euro 2020 has been particularly important at a time when our sense of national identity is being tested.

Traditionally, England is a country that doesn’t really do flags – neither public nor private. But on high days and holidays, out they come. Like Christmas lights, or party balloons, or bare chests, out they come for the moment, and then to everyone’s relief they’re put back where they came from.

It used to be the Union Flag for all four of our constituent nations, but increasingly it’s the separate flags of England, Scotland, Wales and Northern Ireland.

I get the impression that the working class fly the cross of St George with most fervour as they are not afraid – unlike many of the metropolitan elites – to show pride in their country. Indeed, there are precious few flags hanging like washing over garden balconies in well-heeled Hampstead.

In an age when the liberal intelligentsia seem to have given up on the nation state (including their own), the red cross is streaming now from white vans and bedroom windows across the land and, of course, Downing Street.

How significant that the cross of St George was the battle flag of the Peasants’ Revolt in 1381 and also of the anti-royalist Puritan regiments in the English Civil War.

If England win tonight, there will be red crosses everywhere and the Labour Party is going to have to learn all over again the mountain it has to climb (flag in hand). 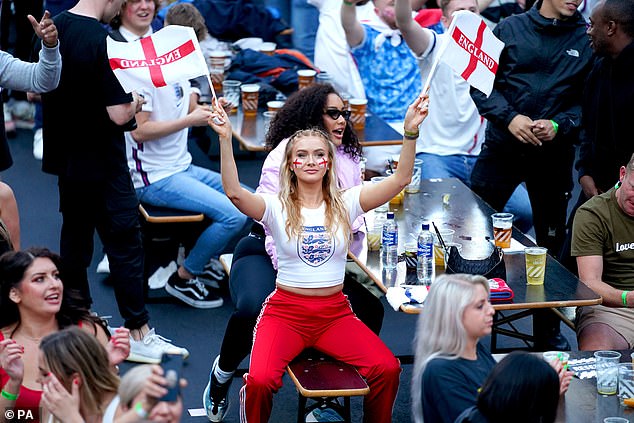 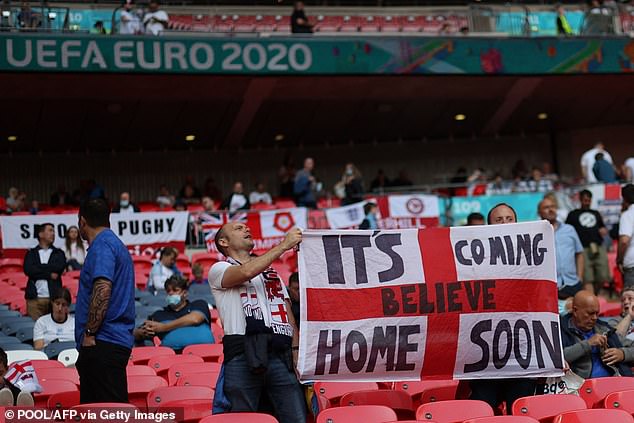 We can argue about the origin of modern sports till the cows come home, but there’s no argument about football. In the words of Arthur Hopcraft, author of The Football Man, it is ‘inherent in the people’.

As a boy growing up on Tyneside, I played with a football from morning to last evening call from our mams under lamplight.

It is true of course that there’s a dark edge to the people’s game. The booing of opponents’ national anthems and of the German flag at Wembley was a disgrace and manager Gareth Southgate should have said so.

My mother’s generation really did beat the fascists. In her care home during England games, the lounge has been full of women sitting down to their knitting, cheering with all the passion of a Kop end.

When we left the EU, most Europeans were baffled, more than angry. They wanted to know why a country they respected could be so uncomprehending of its own interests. Nor could they understand why we should let the masses decide such a complex question. In other words, they could not understand the point of national sovereignty. 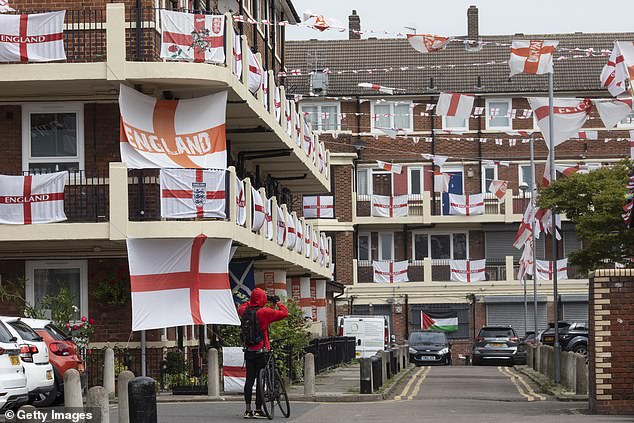 Meanwhile, here, the opinionated classes were so angry that they ran out of opinions and came up with abuse instead.

Talk about crumbling Red Walls! Some Labour-supporting intellectuals spoke about denying poor and uneducated people the right to vote.

But this is where we are, still trailing Brexit behind us – but we are doing OK and most important of all we are accountable to ourselves for what happens.

And taking on Europe must say something to all our European neighbours who wondered why we did what we did.

Win or lose, it’s down to us – and not just ‘us’ of course, because no man is an island, and all our young English sporting talent has been managed by outstanding European coaches, and brought to life by great European players.

But when the shirt goes on, and the lions roar, it’s down to us: lads from Sunderland to Jamaica, and Gareth Southgate the manager, the man who was said to be too middle-class for football.

Every age has to redefine what nationhood means. Football brings us together, whoever we are. We are not looking for a new England but, this time, for the first time in a lifetime, it looks like football could be coming home.