ROBERT HARDMAN: Prince Charles didn’t flinch when he was shot at in 1994 – this virus won’t trouble him either

His was perhaps the most stylish royal solution to the handshake ban which prefaced this crisis: a traditional Hindu ‘namaste’, or pressing of the palms with a nod of the head.

As we now learn, a ‘namaste’ was not quite enough. The Prince of Wales thus becomes the world’s most high-profile Covid-19 patient to date.

And despite the inevitable concerns which apply to any 71-year-old diagnosed with the virus, he is said to be in good spirits and ‘up and about’.

Since the symptoms first presented themselves on Sunday, he has not been bed-ridden and is no worse today then he was then. 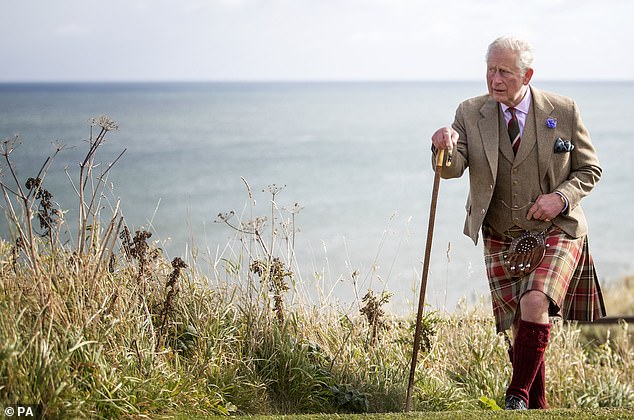 The Prince of Wales, known as the Duke of Rothesay while in Scotland, during a visit to Dunnottar Castle near Stonehaven last February

Indeed, the latest bulletin is that ‘it is unlikely his condition will escalate in to a more serious case from now on’. According to one person who spoke to him yesterday afternoon, he was ‘very cheery’ and very much trying to look on the bright side.

This might seem at odds with the picture his critics sometimes paint of a man prone to self-pity and despair at the state of the modern world, but it is to overlook a central aspect of his character — his stoicism and a sense of inner calm.

This is a man who endured what appeared to be an assassination attempt with the nonchalance of someone waiting for a bus.

Back in 1994, the Prince was attending an Australia Day event in a park in Sydney when a man charged out of the crowd and made straight for the royal stage, firing a gun directly at the heir to the throne.

David Kang, 23, was finally floored by half a dozen policemen just a yard from the Prince’s feet, as his personal protection officer, Chief Superintendent Colin Trimming, stepped in front of his principal. 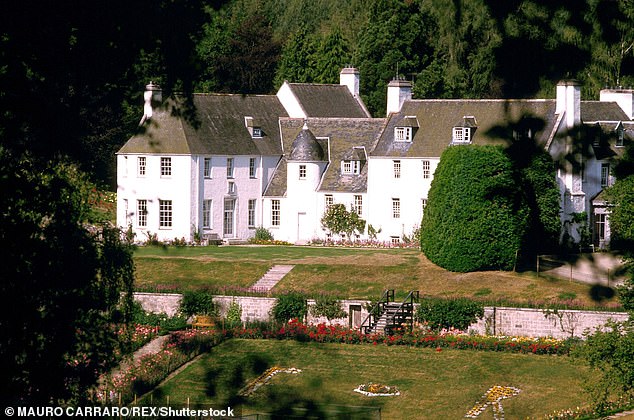 The Prince of Wales has become the world’s most high-profile Covid-19 patient to date, writes Robert Hardman (Pictured: Birkhall on the Balmoral estate) 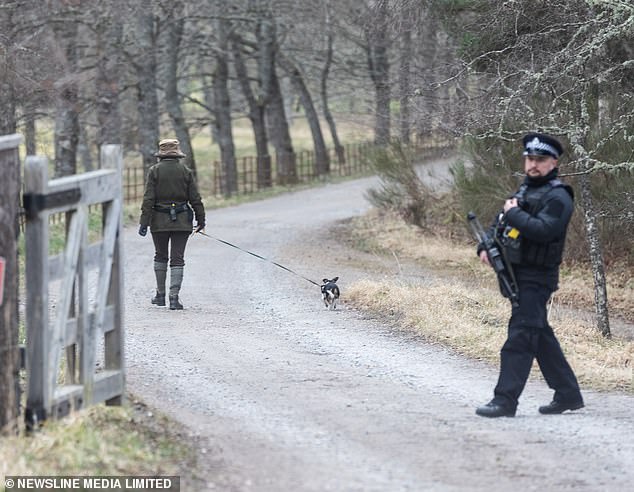 Pictured: The Duchess of Cornwall arrives back at Birkhall in Aberdeenshire after walking her dog on a previous visit

The Prince was not to know that Kang’s gun was firing blanks (it turned out to be a protest by the university student — who later went on to study law and now works as a barrister in Sydney). Yet, at no point did Charles so much as flinch.

He later likened it to his experience of encountering a charging elephant on an African safari when the advice had been to stand perfectly still. So he did.

In 1998, I followed the Prince to Sri Lanka to mark the 60th anniversary of independence, at a time when that country was convulsed by a bitter civil war. ‘Have you got your bullet-proof vests?’ he joked to reporters (some of whom actually had). No sooner had the flight touched down than his first engagement, a trip to a temple, was called off when the temple was blown up.

What his team dreaded most was the Independence Day military parade. While writing my latest book, I talked to one of the royal entourage that day.

‘There was the Prince sitting alongside this very unpopular president and we all felt as if we were on borrowed time, that we might get mown down at any minute,’ the aide told me. ‘It only needs one soldier to turn round with a gun. But the Prince is brave — and he is stoical.’

Another reason for his sunny disposition in the middle of this crisis is that he is at his favourite residence, Birkhall, on the Balmoral estate. Built in 1715, it is a comfortable though not palatial house where he and the Duchess of Cornwall are berthed with half a dozen staff for the foreseeable future.

It has not been a case of hunkering down in a second home. This is where the Prince is always based at this time of year, just as the Queen always relocates to Windsor in the run-up to Easter.

In fact, he spends as many if not more nights of the year here than at any other royal residence. 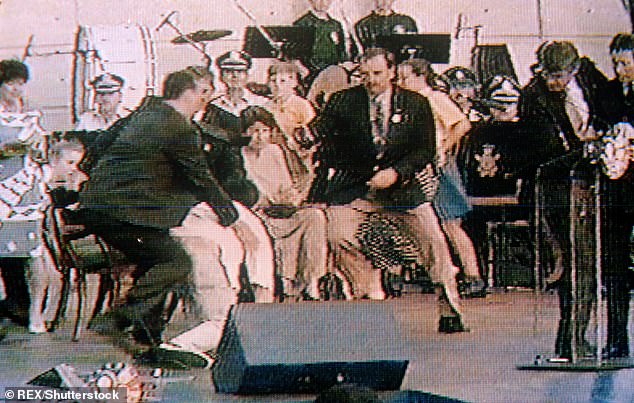 Birkhall is something of a homage to the previous resident, the Prince’s adored grandmother, Queen Elizabeth the Queen Mother. Her collection of Vanity Fair Spy cartoons still line the walls, while the downstairs loo is still known as Arthur’s Seat — in memory of her former treasurer.

The Prince has made a few alterations, not least making an entrance to a hallway where nuts are left out for the local red squirrel population.

He is also very proud of the garden which the Queen Mother created and which he has expanded on the banks of the River Muick.

There are echoes of his grandmother in the Prince’s approach to his Covid-19 diagnosis. ‘As far as the Prince is concerned, this is only going to give him a better idea of the way this virus is impacting on everyone,’ says one of his team. ‘When he is better and meeting people, he will be able to speak with first-hand experience.’

His attitude is reminiscent of that famous remark by the Queen Mother after Buckingham Palace received the first direct hit during the World War II: ‘Now I feel I can look the East End in the face.’ There has been a certain degree of sniping on social media from people wondering why the Prince and the Duchess (who does not have the virus) had been given a test for the virus when some NHS workers have yet to receive one.

Royal staff have insisted that the Aberdeenshire NHS took the decision on the same clinical grounds that would apply to anyone else fitting the same age and medical profile. The chief medical officer for Scotland, Dr Catherine Calderwood, has issued a statement to that effect.

For now, the Prince continues to receive the usual volume of paperwork from the private office at Clarence House, the one difference being that it now arrives online rather than in a box (while the Queen has red boxes, the Prince’s are green).

‘The green boxes are now digital green boxes,’ explains a member of staff, adding that this week’s bundle of online documents has included the latest draft of the Coronavirus Bill which can expect Royal Assent from the Queen any minute.

The virus has not stopped him keeping abreast of official papers and of coronavirus updates from his various charities and regiments, though there may be a certain delay in receiving replies for a while.

The Prince’s health has always been good, a legacy of his fondness for the ‘5BX’ fitness regime of the Royal Canadian Air Force — five basic exercises which can be done in 11 minutes, even in a confined space — and of his diet. A very disciplined eater, he usually avoids stopping for lunch or even eating it (‘I’m like a camel,’ he once told me) and he drinks little.

Since the results of his test were confirmed on Tuesday evening, he has talked to the Queen and been in regular contact with both his sons. Never a great one for computers, he has nonetheless had video communication installed at Birkhall and will continue to talk to the family in that way until normal life resumes.

In his present isolation, at least, it makes no difference whatsoever whether Prince Harry and his young family are tucked away on the far side of Canada or just down the road in Ballater.