“Our fights were legendary.”

Sharon Osbourne is looking back at her tumultuous-at-times marriage with rock legend Ozzy Osbourne.

During an interview with DailyMail, the former “The Talk” host said things got so bad between the couple that they would resort to violence. 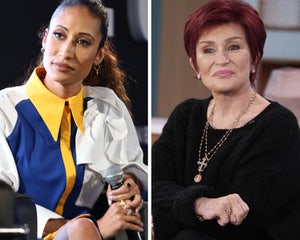 “Our fights were legendary,” Sharon exclaimed. “We would beat the s— out of each other. It stopped, must be, 20 years ago, but we had a good run.”

The couple met through Sharon’s dad, who was the manager of Ozzy’s band Black Sabbath. They would go on to marry in 1982 and welcome three children: Aimee, 38, Kelly, 36, and Jack, 35.

While both Sharon and Ozzy have spoken of their turbulent marriage in the past, it will be documented, once again, in an upcoming biopic, according to Sharon.

Despite what critics may say of what is shown onscreen, Sharon said she is simply showing her truth. “Some people have volatile relationships and ours was very volatile.”

Last year, with the release of “The Nine Lives of Ozzy Osbourne” documentary, Sharon and Ozzy proved how volatile the relationship became, as they recalled Ozzy being arrested in 1989 for trying to strangle Sharon in a drug-fueled rage.

“It’s not exactly one of my greatest achievements,” Ozzy said in the film. “All I remember is waking up in Amersham jail and I asked the cop, ‘Why am I here?’ And he says, ‘You want me to read your charge?’ So he read, ‘John Michael Osbourne, you have been arrested for attempted murder.'” 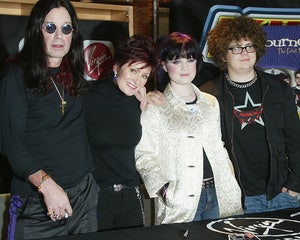 Sharon said she didn’t recognize her husband the night of the attack. “He was calm, very calm, then suddenly he lunged across at me and just dived on me and started to choke me. He got me down on the ground on top of me.”

After she managed to hit a panic button, the police eventually arrived and Ozzy spent six months in medical detention.

“Thank God the judge put him in treatment for six months,” she said. “I had time to really think about what he should do. I told him, ‘I don’t want the money but if you do this again, either I am going to kill you or you are going to kill me. And do you want that for the kids?'”