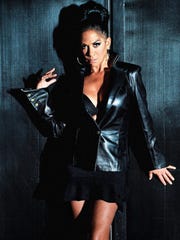 Sheila E.'s career has spanned more than 35 years. She continues to tour and she co-founded a nonprofit organization that helps young people who are recovering from trauma or neglect. (Photo: Rob Shanahan)

Sheila E. is in panic mode. Yesterday she flew from a Paris gig to Minneapolis, where the first leg of her tour starts tomorrow.

But the percussionist and singer, who is considered one of the best female drummers alive, has nothing to wear. The airline misplaced her luggage. “I’ve still got on what I wore on the plane,” she moans. “I have no clothes or makeup. Nothing!”

It’s rare to find Sheila E., whose full name is Sheila Cecelia Escovedo, not in total control of her life. She has been laser-focused on her goals since she started banging on pots at the age of 3, trying to replicate the sounds produced by her percussionist father, Pete Escovedo. At age 13, as a rising track star, she wanted to win a gold medal at the Olympics. At 15, she switched her interest to music, which led to the title track of her 1984 debut album The Glamorous Life earning multiple Grammy nominations.

LA-based Sheila E. has spent 47 years in show business. It may sound glamorous, but she prefers “glorious,” punctuated by “hard work.” “I’m busier than I’ve been in years,” she says. “It’s rewarding but exhausting.”

When her 50th birthday rolled around a decade ago, she was ready to embrace it. “I was excited,” she remembers. “I felt very vibrant and fortunate and blessed. It was the next chapter of my life, and I was equipped to play even harder and better than I had before.” 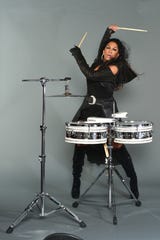 With her signature stilettos, Sheila E. has been called one of the greatest female drummers of all time. (Photo: Rob Shanahan)

Then came a little glitch. “In my late 50s, I started going through menopause. When your body starts changing … oh my God! I have friends who went through it, and I didn’t really believe what they told me. ‘It can’t be that bad.’ Then I experienced it myself. I feel being a woman means I’m in control of things, but during ‘the change’ I had to alter my diet. I felt disoriented and confused.”

Sheila E. will turn 62 in December, and she has her exuberance back. “I started to work out again,” she says. “Sixty is about prevention. Now I work harder to maintain being healthy and strong. I’m back to the mindset of ‘I’m 25,’ and my body says, ‘Not really!’” She laughs.

“But I understand what my body needs and what it can and cannot do. I have my flaws. My face is dropping. I have wrinkles. But that’s who I am. I’ve earned those wrinkles.”

Drumming has taken Sheila E., also an Emmy Award-nominated artist, around the world. She served as musical director for President Barack Obama’s In Performance at the White House: Fiesta Latina in 2009 and performed in the house band at the 2012 Oscars. She played drums on movie soundtracks such as Man of Steel and Batman v Superman: Dawn of Justice.

Her high-spirited percussion work has also landed her in the doctor’s office. “I’ve gone to therapy many times for my shoulder, my ribs and my arms,” she says about the injuries she sustained standing and pounding drums, bongos, congas and timbales. Years of performing on the drums in her signature high heels also took a toll in 1990, when she temporarily lost the use of her legs, as a result of shortened calf muscles. “Playing two separate kick drums with the snare in between and hi-hat on the far left of my left foot forced me to twist my lower back,” she says. “It took me four months to be able to walk around the block. Then on my last tour, I fell and twisted my right ankle. I’m known for performing in dresses and stilettos. When I put on heels I feel tall (she’s 5 foot, 3 1/2 inches), sexy and really pretty. It took my Achilles and ankle almost a year and a half to heal before I could wear heels again.” 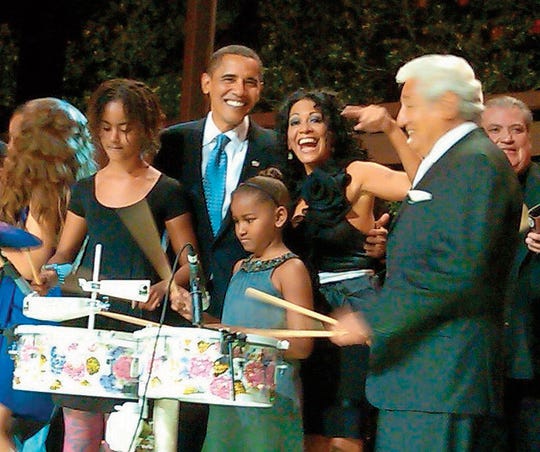 The oldest of four siblings, Sheila E. grew up in Oakland, Calif., in a musical family. Latin jazz star Tito Puente was her godfather. “We grew up poor,” she recalls, “but we didn’t know we were poor. We had no car and not a lot of food, but that was OK. My dad would take us to facilities to help kids who didn’t have parents or had parents who were on drugs or in prison. He would bring his percussion, and we’d go play with them and bring some light into their lives.”

After committing herself to percussion at 15, Sheila E. made her professional debut with her father’s band, Azteca, opening for The Temptations. “That’s when I knew I was supposed to do this for the rest of my life,” she says.

In the beginning, she heard “No” a lot and “Who said girls can play drums?”

“I looked at those words as opportunities. Even when I couldn’t pay rent, all of those noes forced me to try harder and be better.”

She has performed with such high-profile names as Marvin Gaye, Michael Jackson, Ringo Starr and Lionel Richie. In the mid-1970s she connected musically and romantically with Prince. Their relationship, which included a brief engagement, was on and off for more than three decades. “We were in each other’s lives for most of our adult lives,” she says. “It was a great time, good and bad. We learned a lot from each other.” 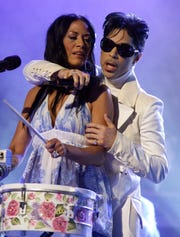 Throughout her life, Sheila E. has had to deal with the effects of child abuse. When she was 5, she was sexually assaulted by a babysitter who lived in her building. Despite talking about it with friends and strangers, she continued to struggle until 1995, when her best friend, singer Lynn Mabry, made a suggestion.

“We were in Japan, and she asked me to write down what happened so I could share it with a group in Bible study,” Sheila E. says. “Lynn knew I would feel better. I wrote for an hour and a half, and when I started to read it, I realized how awful it was. I cried for two or three days. That was the beginning of healing. You can’t hold nto these things. It’s not your fault. Don’t feel guilty or ashamed. That stops you from leading your fullest life and experiencing joy.” She wrote a 2015 autobiography, The Beat of My Own Drum: A Memoir, detailing the abuse. 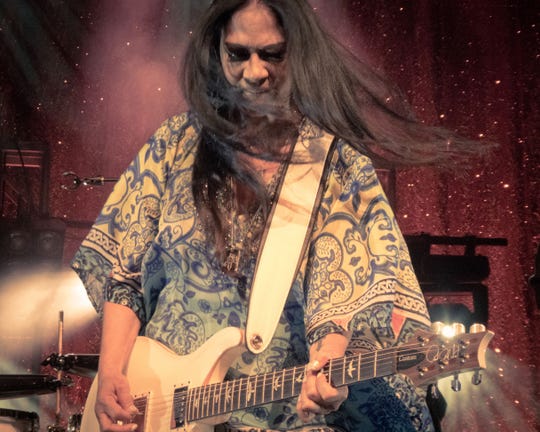 Sheila E. is known for her percussion skills but she is a multifaceted artist who has enjoyed a long, successful career. (Photo: Rob Shanahan)

Because of her personal experience and strong belief in the healing power of music, she and Mabry created the nonprofit Elevate Hope Foundation in 2001 to help young people who are recovering from trauma or neglect.

“We know how much music has saved our lives, and we’re able to share how we feel through music,” Sheila E. says. “We thought it was important to share, ‘Hey, we know where you are. We’ve been there. We’ve been abused. We understand it. We went through being angry as well. We know what that’s like and you know, this music helped us.’”

What began as a small endeavor, the organization, now called Elevate Oakland, has helped more than 3,000 kids. There are plans to expand the program to other cities.

These days, Sheila E. is planning a follow-up autobiography — this one about what happens backstage. By the end of the year she hopes to finish a children’s book, write a screenplay, direct two documentaries and appear in a movie. She also wants to strengthen her connection with her parents.

“I talk to them every day,” she says. “They’re celebrating their 63rd anniversary in October. I just recently got my dad a trainer. I told him, ‘Pops, we got to get you back in shape so you can play golf again.’

“I’m blessed that I’m still alive and well,” she says. “I want to make the best of however long I’m here.”

Meanwhile, back at the airport, Sheila E. did not get her luggage delivered in time for her first Minneapolis tour performance, but as usual, she took control: “I borrowed clothes from my singers!” 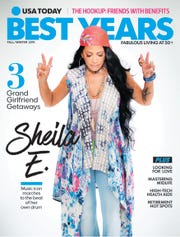