Changing the game? Sister Wives star Paedon Brown claimed his father, Kody Brown, wanted TLC to enforce a rule preventing his children from speaking negatively about him outside the show.

Inside Kody Brown’s Ups and Downs With His 18 Kids: Paedon, Ysabel and More

The 24-year-old opened up about his experience in the plural family during an interview with YouTuber John Yates on Wednesday, January 11, recalling an “out of the blue” phone call from Kody, 53, after months of not talking. “It’s like an hour-long conversation and it goes really, really well,” Paedon said. “And I’m like, ‘OK, I might be getting my father back. This is wonderful.’”

When Paedon informed his mother, Christine Brown, about the phone call, she allegedly told her son that the conversation wasn’t so “spontaneous.” (Along with Paedon, the 50-year-old Utah native shares daughters Aspyn, 27, Mykelti, 26, Gwendlyn, 21, Ysabel, 19, and Truely, 12.)

“Apparently he was trying to convince the … high-ups [at] TLC and [was] trying to discuss with them [and] trying to put it in our contracts that we are not allowed to say anything negative about him on our platforms,” Paedon claimed. “And he’s fighting with [my] mom about it because [my] mom is saying, ‘You can’t control our children that way.’ He’s trying to say, ‘Your children can’t say anything bad about me.’” 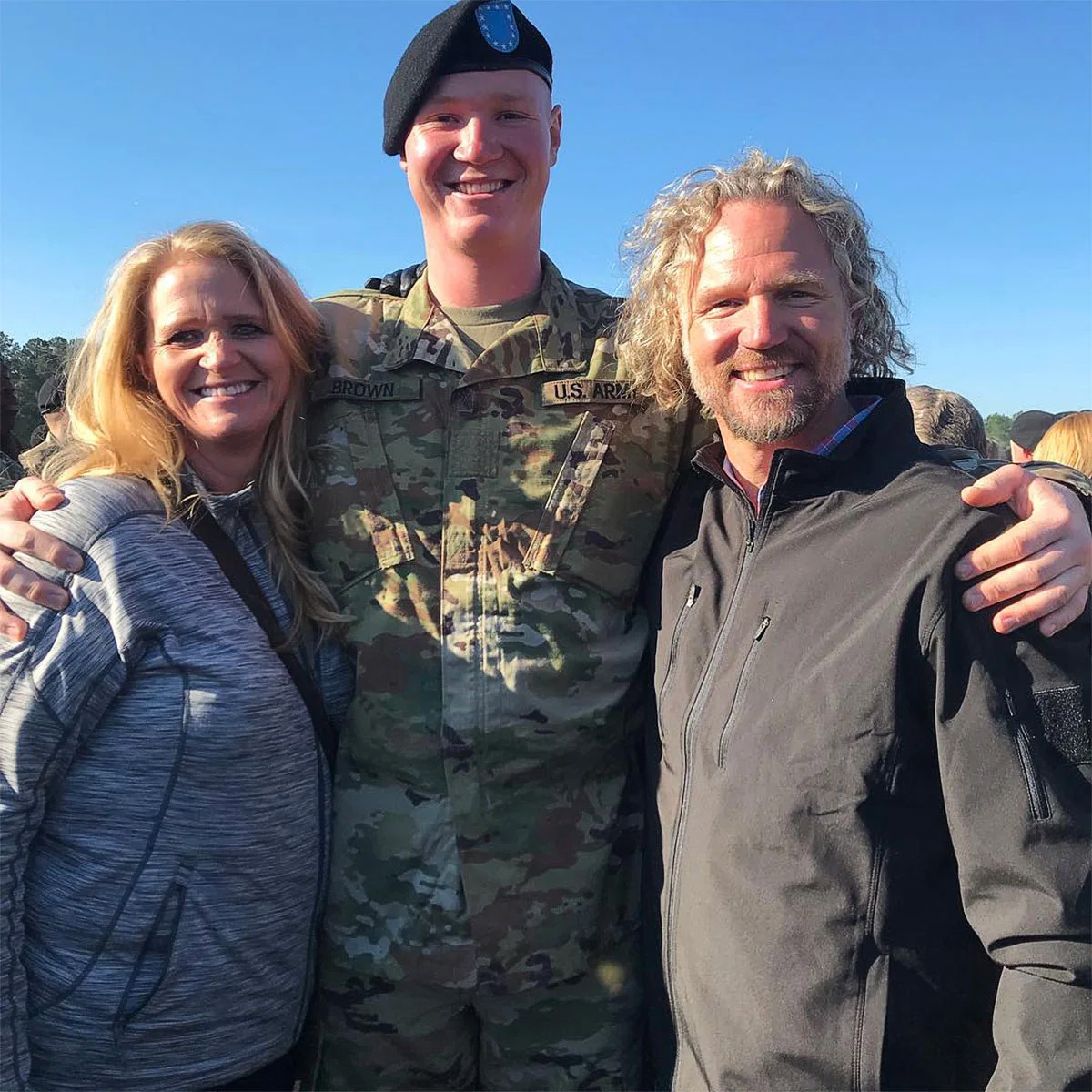 According to the National Guardsman, Kody didn’t want his kids to be able to say anything that “hurts his image.” Christine and the network, however, weren’t on board.

“TLC was like, ‘I don’t think we should do that,’” Paedon alleged. “And my mom was fighting. My mom was like, ‘No, you’re not allowed to tell our children what they can and can’t say about you. You have to earn their love back.’ … He doesn’t want us talking negatively about him online.”

The reality star guessed that Kody also called Aspyn, Mykelti and Ysabel “after losing a battle” with Christine. “He just happens to call us, and I realized he didn’t call me because he wanted to talk to me,” Paedon continued. “He called me because he doesn’t want me talking negatively.”

Paedon’s parents shocked Sister Wives fans when they announced their split in November 2021 after more than 20 years together. The aftermath of their breakup played out during season 17 of the TLC series, which aired the final part of its tell-all special earlier this month.

During the Sister Wives: One-on-One finale on Sunday, January 8, Kody claimed that he wished Christine the best as she moved on. (Kody is still legally married to Robyn Brown, but Meri Brown and Janelle Brown pulled the plug on their spiritual unions with the patriarch.)

“One of the kids told me, ‘Dad, Mom says you have your soulmate and she wants hers,’” Kody said on Sunday. “I hope [Christine] finds her soulmate.”

Paedon previously dished on his mom’s state of mind after she left the polygamist family, exclusively telling Us Weekly that Christine is “happier” than ever. “She is now minutes away from her two oldest daughters. And eventually, in the future, maybe more children will move up there,” he said in February 2022, adding that the Cooking With Just Christine star is “done” with plural marriage. “She’s grateful for the sister wives. I think it’s the same thing for the kids. We’re all grateful for it, she’s grateful for it, but it’s just not for us and just not for her anymore.”