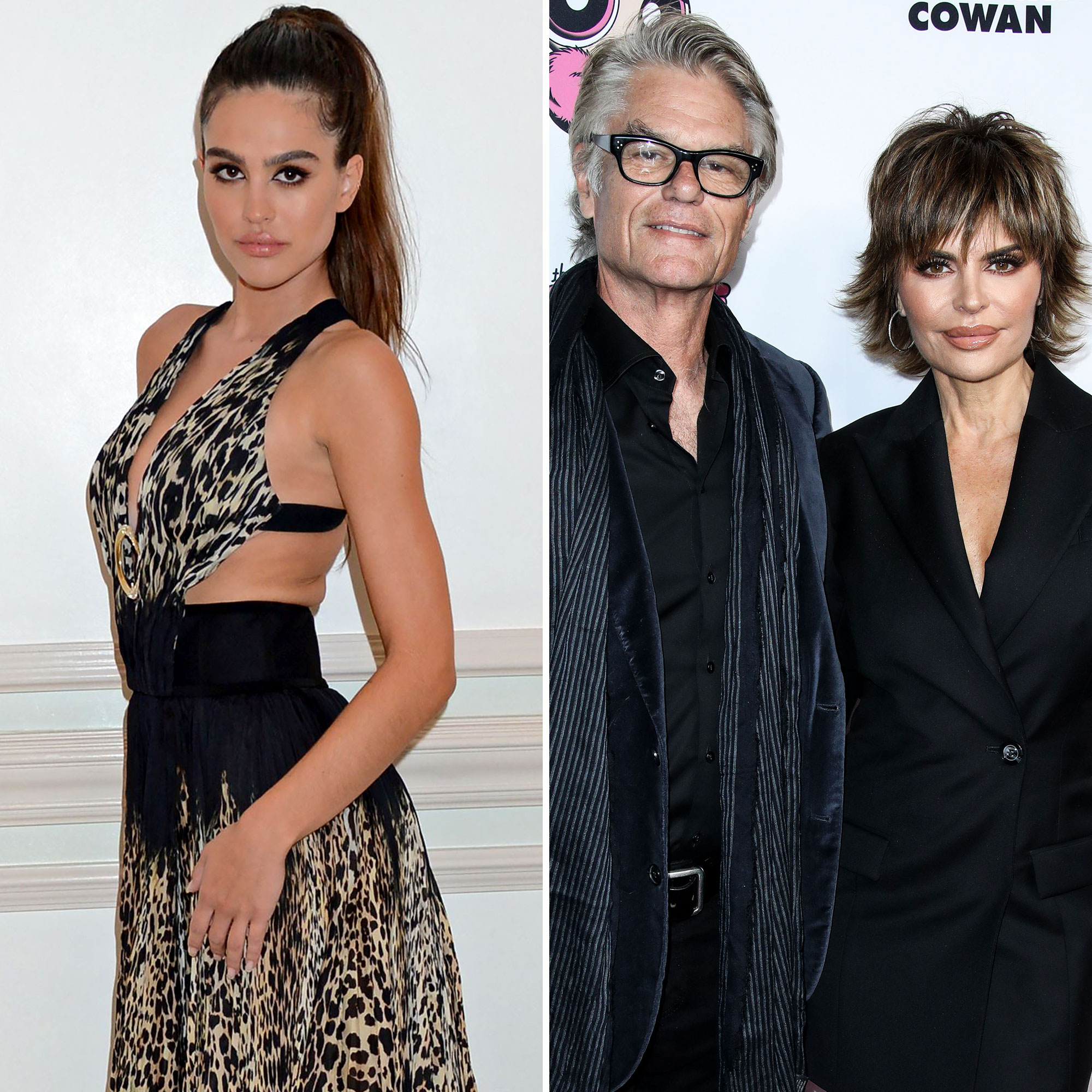 Fashion first! Amelia Gray Hamlin sent an apology to her parents after wearing a see-through dress.

“Free the nipple I guess,” the 20-year-old joked on Instagram Stories on Sunday, September 19, along with a snap of her wearing the transparent dress.

Project Runway alum Natalia Fedner designed the convertible metal skirt and metal wrap top. The look left little to the imagination since it was completely see-through, exposing the model’s nipples.

As the daughter of actors Harry Hamlin and Lisa Rinna, fans couldn’t help but wonder what her parents thought of the dress, which she wore to the Perfect Magazine party at London Fashion Week on Sunday. Amelia shared a screenshot of the family group text. “For the people concerned about Harry Hamlin,” she wrote on her Story. 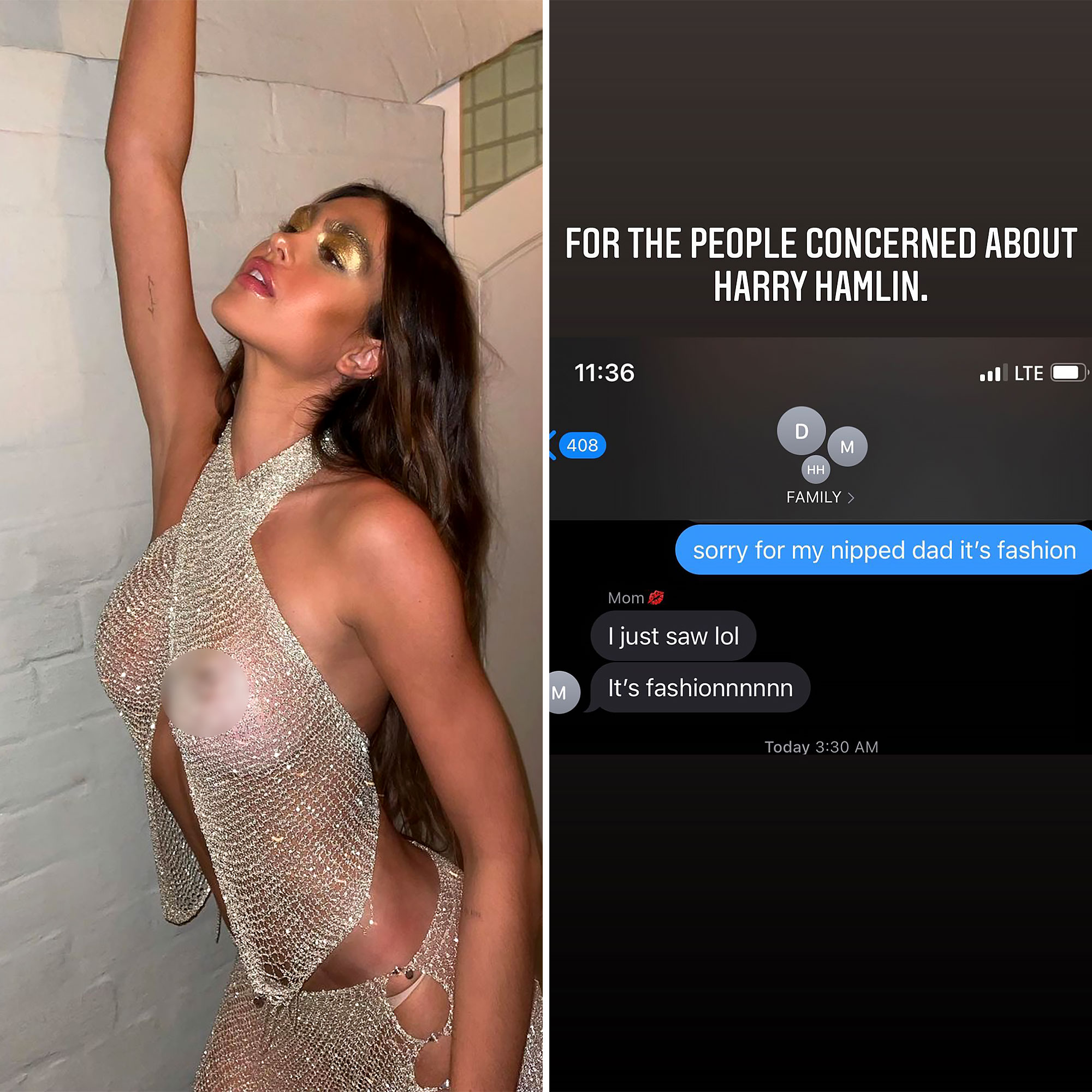 She didn’t share if her dad had a comeback. Delilah, 23, however, shared her opinion in an Instagram comment, and it seems she wants to dig into her sibling’s closet. “I’ll borrow this next plz,” she wrote.

Fedner, 38, also commented on Marx’s post, calling the look “hot,” before adding, “Thanks @ameliagray and @jmarxy for this epic moment for my designs.”

In her own post, Fedner praised Hamlin for rocking the racy gown. “Fashion Icon Is Born,” she wrote via social media.

Amelia has been focusing on her career in fashion amid her breakup with Scott Disick.

“Amelia was the one who ended things” with the 38-year-old earlier this month, an insider told Us Weekly. She and the Keeping Up With the Kardashians star were first linked in October 2020.

“Amelia felt the relationship was toxic,” another source exclusively told Us, adding that the California native is “not upset about the breakup and feels like she made the right decision.”

Since splitting from the father of three, who shares Mason, 11, Penelope, 9, and Reign, 6, with ex Kourtney Kardashian, the California native made her New York Fashion Week debut on the Dundas x Revolve runway and flew across the pond to walk in London Fashion Week.