Many people have their fair share of embarrassing parent stories — celebrities are no exception. Spider-Man star Tom Holland recently revealed a “mortifying” experience he had with his mom on the set of Spider-Man: Homecoming back in 2017 when she told his producers to make sure he had enough bathroom breaks. As embarrassed as Holland might have felt at the time, her intervention might have saved him from potential health issues.

It’s no secret that Holland’s Spider-Man suit is very tight-fitting. And since most of it is all one piece, the web-slinging costume can be pretty tricky to get in and out of. While filming Spider-Man: Homecoming, Holland’s first full-time run as the superhero, the actor revealed that one of his biggest challenges with the suit was finding time to go to the bathroom.

“Drinking water is dangerous in the Spider-Man costume because an accident is not an option,” he admitted on Live With Kelly and Ryan in 2017. “That suit is so expensive. They’ll be so upset with me.”

Because the Spider-Man suit took so long to put on — at least 45 minutes at the time — Holland always had to plan out bathroom breaks. Unfortunately, the opportunity to relieve himself didn’t come along very often.

“It looks amazing, [but it] feels terrible. But that said, it’s such an honor to wear it. It outweighs any discomfort. But going to the bathroom is a mission. You have to plan 45 minutes in advance,” he added.

Tom Holland’s mom got the ‘Spider-Man: Homecoming’ producers in trouble for not allowing more bathroom breaks

Although it’s undoubtedly a hassle to take off a complicated costume just for a quick bathroom break, putting off those breaks can have serious health consequences. It can lead to urinary tract infections, long-term bladder problems, and even kidney damage. Holland’s mother knew that and grew concerned that the actor wasn’t getting enough breaks.

In a recent interview with Jeremy Lynch, as seen above, Holland told the story of how his mom advocated for him to get more bathroom time — and got the Spider-Man: Homecoming producers in trouble.

“On the first film, I remember we did a sequence on the Washington Monument, and I had to climb up and down it for, like, weeks on end. And basically, I didn’t go to the toilet for like 11 hours or something, and I was desperate,” he said, explaining that his harness made the costume extra tight.

Holland added that he called his mom and mentioned that he went 11 hours without going to the bathroom. The next thing he knew, a few days later, the producers pulled him aside to ask how his kidneys felt.

“And they said, ‘Your mom’s called us and told us to give you adequate toilet breaks,’” the Cherry star explained.

As “mortified” as Holland said he felt at the time, he did secretly feel grateful for his mother’s interference.

“I really needed to go to the bathroom, and I was too scared to disrupt filming,” he said.

The ‘Spider-Man’ actor now finds the suit easier to manage 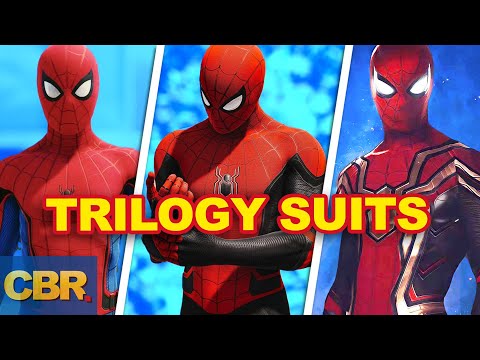 Three Spider-Man movies later, Holland has gotten used to donning the suit. He told Lynch that he’s shaved his suiting-up time down from an hour to “10 to 15 minutes.” Plus, he worked up the courage to speak up when he needed to use the bathroom on set.

Spider-Man: No Way Home is now playing in theaters.