Refusing to break. Amid the ongoing breakup drama with her ex Dale Moss and dealing with her mother’s declining health, Clare Crawley opened up about staying strong and attempting to move forward.

“It takes a lot to bring me to my knees,” the former Bachelorette, 40, wrote via Instagram Story on Saturday, October 2, while walking her dog down the street. “But damn this week has pushed me to that point.” 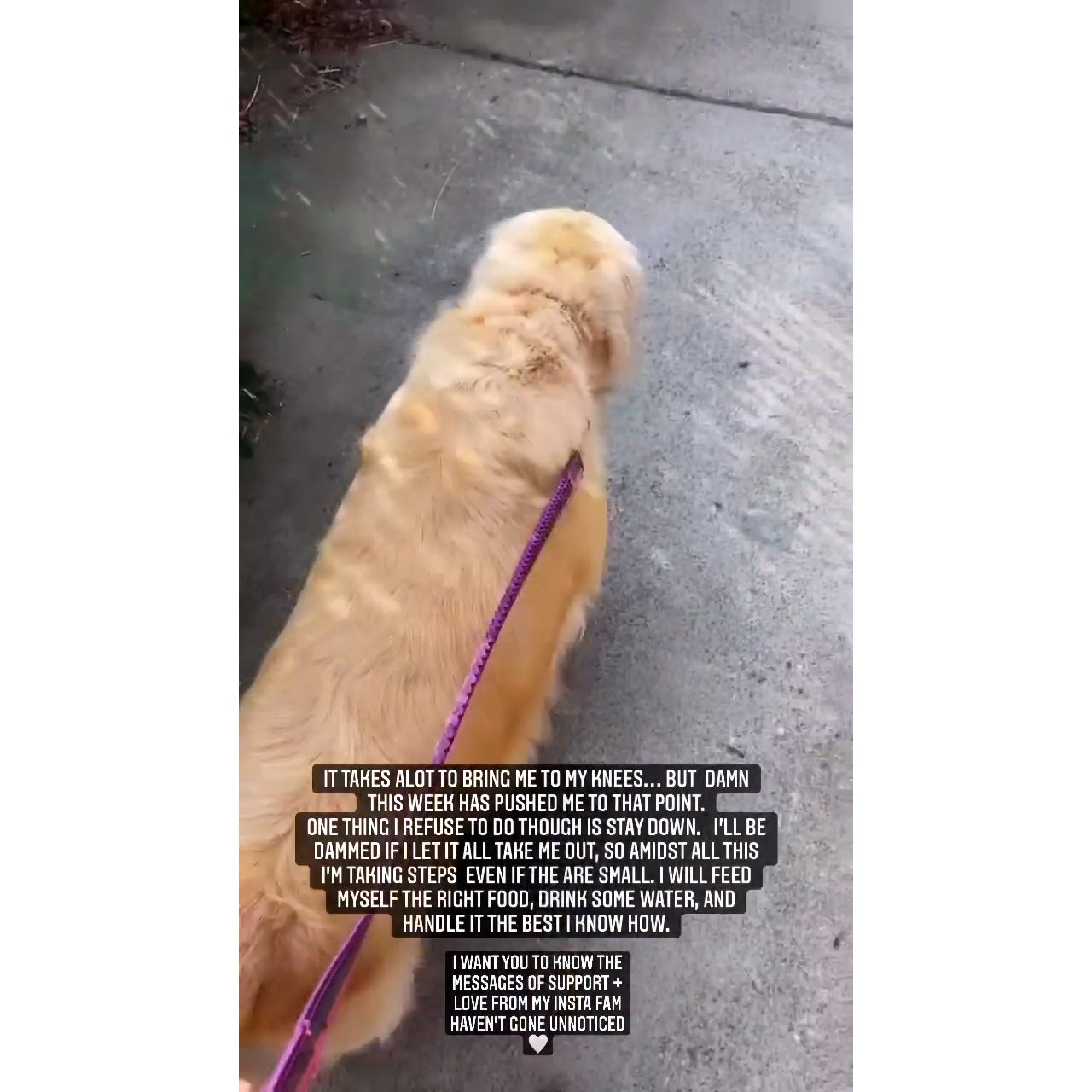 She continued in her post, “One thing I refuse to do though is stay down. I’ll be dammed if I let it all take me out, so amidst all this, I’m taking steps even if [they] are small. I will feed myself the right food, drink some water and handle it the best I know how. I want you to know the messages of support + love from my Insta fam haven’t gone unnoticed [white heart emoji].”

Celebrity Splits of 2021: Stars Who Broke Up This Year

The Sacramento, California, native also shared footage petting her dog at the time, alongside the caption, “Refilling my cup [red heart emoji].”

The hairstylist’s emotional update was shared days after she seemingly weighed in her split from the 33-year-old former football player amid speculation he hooked up with a fellow Bachelor Nation alum.

“I hate that I even have to say this, but in response to all the questions that are coming my way right now … I’m choosing not to speak right now on the details of my relationship, because at the end of the day anyone can put on an ACT or throw words together to form any narrative they want,” Crawley wrote via Instagram on Thursday, September 30, while holding her mother’s hand. “What I will speak on is emotionally and physically I’m going through a lot with healing from my recent [breast implant removal] surgery still, and my mother being placed on hospice care now. So my energy is focused on grieving, healing, and being present at home here in Sacramento while trying to share and help others going through similar life experiences as I’m sharing today.”

Crawley concluded her post at the time, “I am just thankful for the people in my life who offer genuine unconditional love with no personal gain, and stand by me through thick and thin. ESPECIALLY WHEN THE CAMERAS ARE OFF with no accolades. Actions speak for themselves.”

“They have different visions and wedding planning wasn’t happening which made Clare really upset,” a source exclusively revealed to Us on Tuesday, September 28. “She wants to be in Sacramento to be close to her family, especially her mom who isn’t well. Dale wants to remain in NY. They will still support each other and have love for each other no matter what.”

The former couple met on season 16 of The Bachelorette, which aired last fall. After the pair hit it off, Moss proposed to Crawley after less than two weeks of filming. After a brief split in January, the pair reconciled one month later before their recent breakup.