One final showdown. As fans await the conclusion to season 4 of Stranger Things, executive producer Shawn Levy hinted that the best is yet to come.

“No one is winging it. Honestly, I think that the Duffer brothers have [an idea of how the show end] and they have teased it for me over the past six and a half years. But they keep things very private amongst themselves until it is fully formed,” Levy, 53, exclusively told Us Weekly earlier this month. “Then they bring it to me and then we take the next steps. It is very, very clear now and it became clear for a while now that we have one season more that feels worth it and reliably amazing.”

The director noted that there is a plan to make the final season of the hit Netflix series feel worth the wait. “We don’t want to be one of those shows that outstays its welcome and is flailing while it searches for a way to stick the landing,” he added. “We really want to stick the landing. I feel like we have been able to do that every season and we also want to do it for the series.”

Earlier this year, creators Matt and Ross Duffer, 38, confirmed that Stranger Things would be ending with a fifth and final season. “Seven years ago, we planned out the complete story arc for Stranger Things,” they stated in an open letter to fans in February. “At the time, we predicted the story would last four to five seasons. It proved too large to tell in four but — as you’ll see for yourselves — we are now hurtling toward our finale. Season 4 will be the penultimate season; season 5 will be the last.”

Everything We Know About ‘Stranger Things’ Season 4

At the time, the writing duo also teased more projects in the Stranger Things universe. “There are still many more exciting stories to tell within the world of Stranger Things: new mysteries, new adventures, new unexpected heroes,” the message concluded. “But first, we hope that you stay with us as we finish this tale of a powerful girl named Eleven and her brave friends, of a broken police chief and a ferocious mom, of a small town called Hawkins and an alternate dimension known only as the Upside Down.” 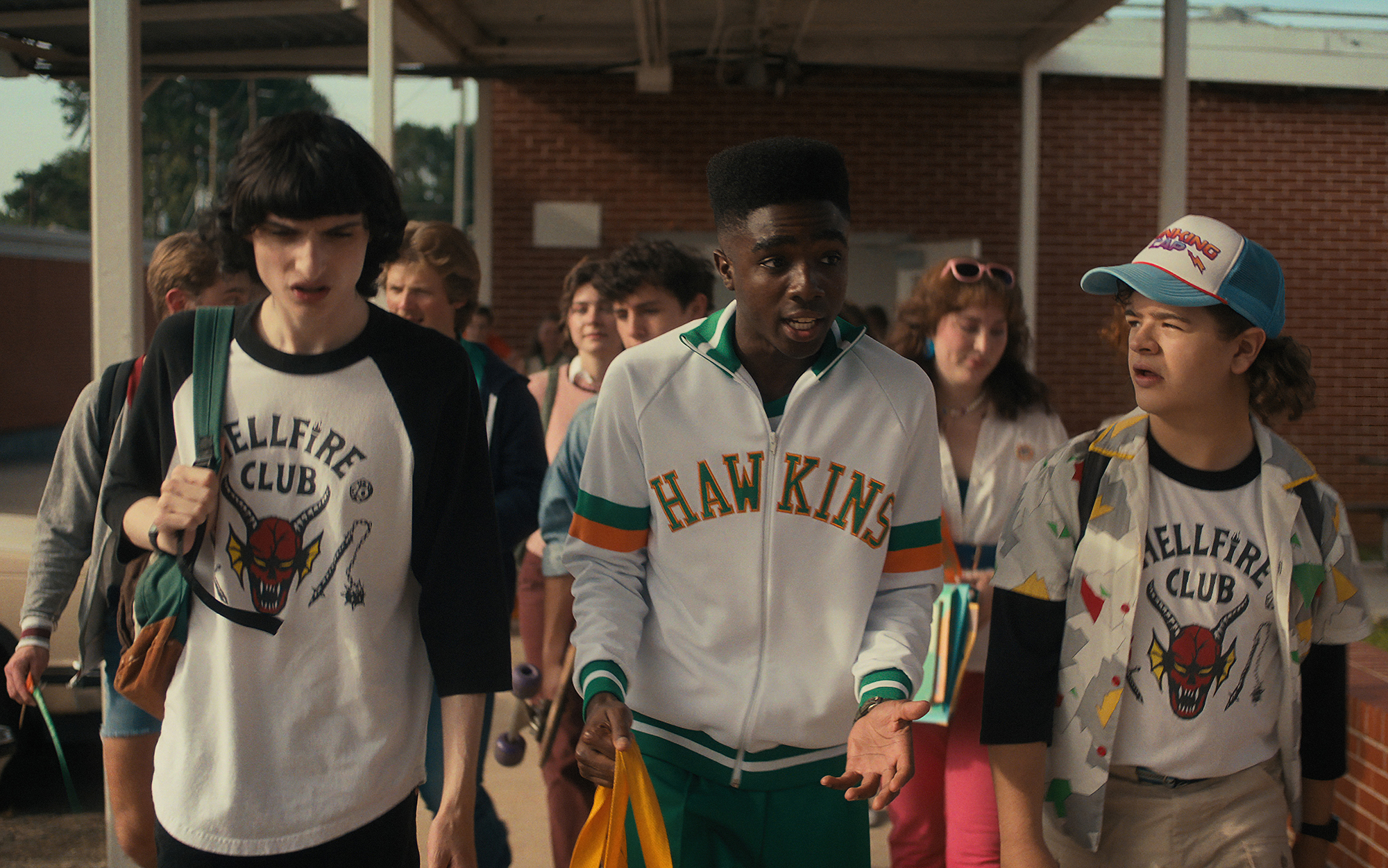 Ahead of the season 4 debut on Friday, May 27, the Duffers revealed that one cast member already figured out the direction they wanted to go in the upcoming spinoff.

“We do have an idea for a spinoff that we’re super excited about, but we haven’t told anyone the idea yet, much less written it,” they wrote in an email to Variety earlier this month. “We think everyone — including Netflix — will be surprised when they hear the concept, because it’s very, very different. But somehow Finn Wolfhard — who is one crazy smart kid — correctly guessed what it was going to be about. But aside from Finn [who plays Mike], no one else knows!”

Fingers Crossed! TV Couples We Need to See Together in 2022

For now, the Stranger Things cast is looking forward to wrapping their own story lines up. Priah Ferguson, who plays Erica Sinclair, opened up about what she was hoping to see happen in season 5.

Her costar Joe Chrest, however, pointed out that there were still plenty of twists yet to be introduced. “There has been a lot of speculation within the cast about what Ted [Wheeler]’s story actually is. The Duffers have been very mysterious about if we are going to learn anything,” the West Virginia native, 56, explained to Us. “That is not anything I would want to divulge. But [my onscreen wife] Cara [Buono] and I have had a lot of speculation. We will have to see if it actually fleshes out.”

Season 4 of Stranger Things is now streaming on Netflix.