Two teenage girls charged in the death of an UberEats driver in Washington, D.C. are due back in court Wednesday. The girls, ages 13 and 15, have been charged with felony murder and armed carjacking following the death of 66-year-old Mohammad Anwar.

Anwar, of Springfield, Virginia, died last week after the teens allegedly Tased him while attempting to carjack him near the Navy Yard metro station, police said. The incident caused a rollover crash that killed Anwar.

Graphic video of the attack was shared in court last Wednesday, CBS Washington, D.C. affiliate WUSA reports. In the video, one of the girls is heard screaming “He has my phone,” as the driver yells, “They’re trying to take my car.”

One girl admitted to going to Navy Yard station with the intent to steal a car, and she blamed the other girl for jamming the car in gear, swinging the steering wheel and crushing Anwar to death, a Metropolitan Police Department detective said, according to WUSA.

Police and the D.C. Superior Court did not provide any further details about the girls, including their names, because they are juveniles.

The video of the attack was shared on Twitter, where it quickly went viral.

Anwar’s relatives set up a GoFundMe to help his family. The page had raised nearly $1 million as of Tuesday, after news of Anwar’s killing was shared extensively on social media. 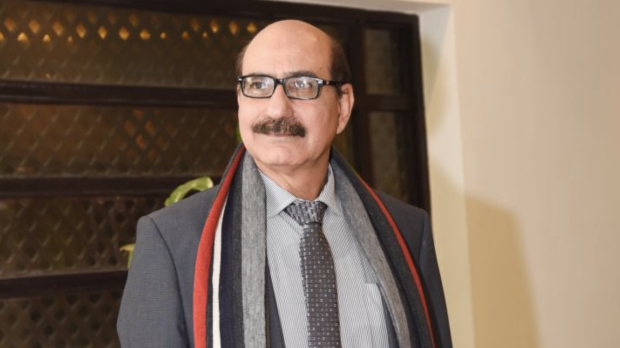 “Mohammad Anwar was a hard-working Pakistani immigrant who came to the United States to create a better life for him and his family,” the GoFundMe reads. “He was simply at work … providing for his family, when his life was tragically taken in an appalling act of violence.” The post adds that he was working his UberEats job when he was killed.

In a statement to WUSA, Anwar’s family said: “The family is devastated by this senseless crime. Mohammad Anwar was a father, a grandfather, a husband, a brother, and uncle beloved by many here in the United States and in Pakistan, his birth country.”

Anwar’s family called him “a hardworking immigrant who came to the United States in 2014, working tirelessly to build a better life for himself and his family.”

“He chose happiness each day and it was infectious,” the statement says. “The loss felt by his death is immeasurable and he is missed tremendously by family and friends.”

On March 25, one day after the suspects’ first court appearance, the American Pakistani Public Affairs Committee called on police to investigate the death as a hate crime.

In a statement posted on Twitter, the organization said Anwar’s “death is a devastating loss to his family and community and our hearts go out to all who are mourning his loss.”

As our nation reckons with rising incidents of hate and violence directed toward minority communities, APPAC stands in solidarity with all who fall victim to the senseless consequences of Islamophobia, racism, xenophobia, religious prejudice, and oppression. pic.twitter.com/rJaWXGQjX3

“This unspeakable act is another tragic example of the hatred and violence that Muslim Americans regularly endure,” the committee said. “We demand authorities investigate this incident as a hate crime and prosecute the alleged assailants to the fullest extent of the law.”

“As our nation reckons with rising incidents of hate and violence directed toward minority communities, APPAC stands in solidarity with all who fall victim to the senseless consequences of Islamophobia, racism, xenophobia, religious prejudice and oppression,” the statement continued.

Carjackings in D.C. have drastically increased this year, police said, with 101 carjackings to date in 2021, compared with just 22 at the same time last year, WUSA reports. The station reports that least 19 carjacking arrests have involved at least one juvenile, and that at least four other teens have been arrested for carjacking incidents in the last week.