Superhero drama The Boys has become one of Prime Video’s most successful original series to date, and fans can finally look forward to season 3. That’s right, the streamer has revealed when the Supes will return to the small screen — and it’s not that far away.

The Boys Season 3 is one of Prime Video’s most-anticipated releases of 2022, and fans can officially mark the premiere date on their calendars. The series’ Twitter account revealed that the new episodes will kick off on June 8. That means viewers can look forward to a summer full of Supes.

The Boys Season 2 streamed during the fall 2020 television season, so it’s been a while since fans caught up with Homelander and the rest of the show’s self-proclaimed heroes. The second season didn’t end on the kindest note for all of them, so viewers are eager to find out what’s next.

With The Boys Season 3 kicking off at the beginning of June, how long of a run can viewers anticipate?

How many episodes will ‘The Boys’ Season 3 be?

According to the announcement from The Boys Twitter account, season 3 will consist of eight episodes in total. Of those, three will drop on the platform as soon as it premieres. Multiple streaming platforms have utilized this release model recently. In fact, Amazon just did so with its The Wheel of Time TV series.

The Boys broke down what its schedule will look like this summer, promising something to look forward to every Friday:

Interestingly enough, the account writes “Herogasm” where “Episode 306” should be, leaving fans to interpret that cryptic message. The term is clearly a reference to The Boys: Herogasm spinoff comics. Showrunner Eric Kripke teased an adaptation of this story on Twitter in January 2021. In the miniseries, the Supes take a trip to a remote island where they engage in several days of debauchery.

Replacing episode 6 with “Herogasm” could suggest fans are getting some kind of special rather than a regular installment. They’ll have to stay tuned to see if there’s more behind the account’s June 24th listing.

What else to expect from the Prime Video series’ next outing 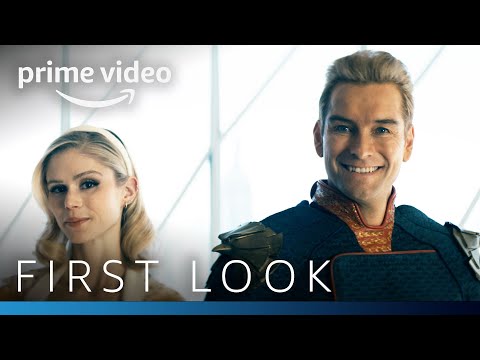 Outside of an indulgent vacation for the Supes, what can fans expect from The Boys Season 3? In addition to seeing one of their favorite miniseries adapted, many are looking forward to Jensen Ackles joining the cast. The Supernatural alum will make his debut as Soldier Boy in the coming episodes — and fans can’t wait to see the actor take on the role.

The third season will also need to reckon with the fallout of season 2, most notably all that happened with Stormfront (Aya Cash). As usual, viewers can expect plenty more action and drama.