It’s not every day that Winchelsea, population 1633, hosts the world premiere of a movie. But then it’s not every day a movie gets made about the rural town’s most famous former resident either. So far, in fact, it’s only happened twice.

On Saturday night, the Globe Theatre will host the first public screening of Marjorie Lawrence: The World at her Feet, a documentary celebrating the career of the woman who was born in nearby Deans Marsh in 1907, moved to Winchelsea with her family in her early teens, and left in her early 20s with dreams of conquering the grand opera houses of Europe.

Remarkably, she did just that, and so much more. A feted soprano, she starred at the Paris Opera and the Met in New York, performed for then-president and first lady Franklin and Eleanor Roosevelt at the White House, and for the Queen Mother (then just the plain old Queen) in Buckingham Palace. 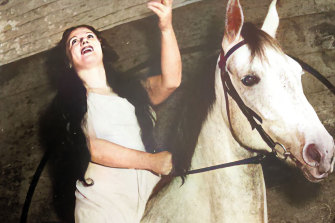 Horse throat: Marjorie Lawrence astounded audiences in New York in 1936 by riding a horse into flames onstage during the finale of Wagner’s Gotterdammerung.

“She was the most famous Australian woman in the world in the 1950s, but now she’s largely forgotten,” says Wayne Groom, who has made the movie with his partner Dr Carolyn Bilsborow. “Like most people, I had no idea who she was until last year when I read Richard Davis’ 2012 book Wotan’s Daughter, and I thought, ‘wow, what a life’.”

By 1941, Lawrence had reached the very top of her field when her career was cut brutally short by polio. But with the support of her American husband Tom King, an osteopath, she found a way back to singing and eventually taught opera, despite being confined to a wheelchair. 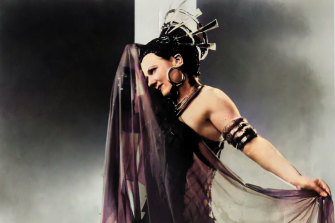 In 1949 she released her autobiography – ghostwritten by Charles Buttrose, father of Ita, who appears in the film – which became a bestseller. In 1955, her story was filmed as Interrupted Melody, with Eleanor Parker playing the Aussie country girl who conquered the world; it won an Oscar for best screenplay. The same year This Is Your Life broadcast her story to 60 million Americans.

“Fighting back is when she really became famous,” says Groom. “It’s quite a fluke that she’s disappeared from our consciousness, but those who know her love her, and I’m hoping that when the rest of Australia sees her she’ll be resurrected as one of our great human beings.”

Saturday night will be the first test of that, and the early signs are good: all 106 tickets were snapped up within days.

The Globe, which was built by Marjorie’s father William from 1926-27, is the ideal venue. This is where she staged her farewell concert before heading to Europe in 1928, and where she staged her first show – to a packed crowd of around 300 inside, and many more with ears pinned to the walls outside – upon her triumphant return in 1939 (keeping a promise she’d made to her father, even though he was by then dead). 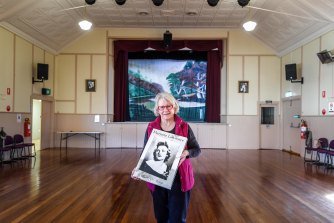 Maureen King hopes the film will once again make Marjorie Lawrence a household name in her hometown. Credit:Justin McManus

The heritage-listed building carries the words “the home of Marjorie Lawrence” on its portico, but according to Maureen King, secretary of the theatre’s management committee, “unfortunately she’s not a big deal here. More of the older generation know her, but the hordes of young people who are moving into the area have mostly never heard of her.” 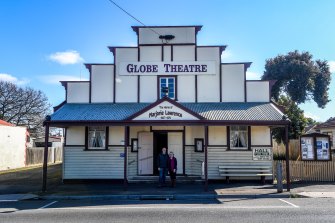 The heritage-listed Globe Theatre was built by Lawrence’s father from 1926-27.Credit:Justin McManus

Like Groom, King hopes the film will change all that. “I think a lot of people are going to be surprised at what she did,” she says. “She was loved overseas and we’d like it if she were a little more popular here.”

COVID restrictions mean the Adelaide-based filmmakers can’t be there on Saturday – “it’s heartbreaking,” says Groom – but that won’t diminish his appreciation of Marjorie Lawrence.

“I hope Winchelsea gets a grant to build a statue or stage an annual opera competition,” he says. “I really think they should be using her as an opportunity to say to all small communities, ‘look what you can achieve’.”