After what was, on reflection, some serious over-thinking, my seven-year-old and I are reading Enid Blyton’s The Famous Five collection together. He loves the adventures. Children solving mysteries that baffle adults is appealing when your world is governed by the decisions of grown-ups.

My hesitation concerned the racism and sexism that permeate Blyton’s 600-odd books for children. Many parents have looked forward to sharing stories they loved as youngsters with their own children, only to find their nostalgia ruined by abhorrent views that should never have been published in the first place.

I considered gender-swapping the characters and editing out instances of racism. I considered simply not reading these stories at all. But, ultimately, I chose to accompany reading these books with some difficult but necessary conversations. 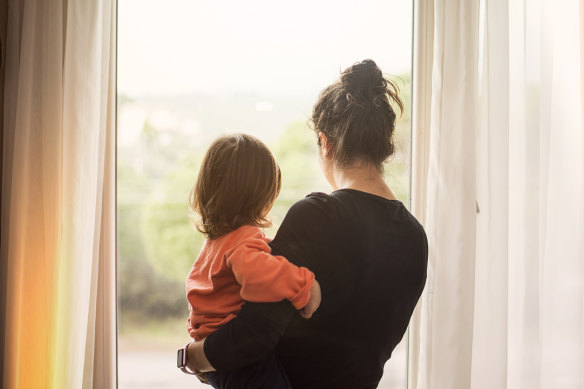 Now, I am learning, as kids get older and become more autonomous, it’s their questions and conversations that have the highest degree of difficulty. Credit:iStock

As we read – my kid and I often take a page or chapter in turn each night – I pause and explain why I wouldn’t use an offensive description or outdated turn of phrase. I ask my son if he thinks it’s fair that girl characters aren’t allowed to do things that boys are. We unpack the evolving meaning of “queer” and I explain how communities who have experienced discrimination sometimes reclaim a word once used pejoratively. Some of it goes over his head. Some of it hits him hard.

On more than a few occasions, my kid has become so upset by me pointing out examples of sexism that he has buried his face in his hands and said he doesn’t want to talk about things that are upsetting. It’s not an act. He is genuinely confused and shaken by the injustice. In fact, he cheers up only when he remembers that these books are very old. This is followed by a grand pronouncement of how glad he is that the world isn’t like that any more.

This, in turn, has prompted more hard conversations. When your children are babies or toddlers, it’s the exhaustion and relentlessness that make parenting hard. Now, I am learning, as kids get older and become more autonomous, it’s their questions and conversations that have the highest degree of difficulty.

And so my son and I have started talking about discrimination in the present, rather than the past, tense. Conversations about fairness, kindness and inequality. Conversations about concepts to which schoolyard examples won’t stretch. All delivered by me in a way that, hopefully, broadens his mind but not so much that he won’t sleep at night for the weight of the world lying heavy on his heart.

Children’s capacity to consider change as both achievable and positive – and not something to be scared of – is something their parents could learn from. Adults struggle to see the possible because we’re so entrenched in how things are now.

On more than a few occasions, my kid has become so upset by me pointing out examples of sexism that he has buried his face in his hands and said he doesn’t want to talk about things that are upsetting.

I don’t often talk to my son about what I do for work. After all, there is nothing more humbling than explaining what you do for a living to a child. Nonetheless, in the spirit of hard conversations, I have told my kid that Mum’s work isn’t as simple as writing for the newspaper or talking on the television; that my work is about sharing different views that might encourage people to change their minds.

He then asked whose stories I’m sharing and how this changes anything. Thanks, mate. I take a deep breath and try to explain that not all discrimination is overt, that biases can be unconscious but these are equally insidious. I attempt to translate to a first-grade level the complexity of why human beings make assumptions about one another based on gender or race.

And I fail, miserably. Undeterred I take my kid’s question on notice and return the next night, more prepared. This time I tell him that my colleagues and I ask people to think really seriously about how they behave at work. To think about whether their decisions on pay or promotions or who gets to do the most exciting tasks are truly fair. Or whether they are reserving better pay, more opportunities and even respect for people who are similar to them.

I tell him that my work is about sharing stories so that people who’ve experienced different lives can better understand one another. I tell him that if I do my job well – along with a whole lot of other people – that in 70 years’ time, other kids will look back on us and be proud of how the world has changed. I am not sure if this satisfied him. But he smiled, and told me to keep reading.

Make the most of your health, relationships, fitness and nutrition with our Live Well newsletter. Get it in your inbox every Monday.

Most Viewed in Lifestyle