Every so often, a news story comes along that appears too good to be true, as if a rogue editor has dropped a bunch of random, enticing words into a headline generator and waited to see what it would spit out.

“Chess cheating scandal involving Elon Musk and sex toy,” might seem the ultimate example of that, but luckily for you, for all of us, really, this story is delightfully legitimate.

Well, that’s where it gets juicy. Let’s unpack.

Chess cheating scandal!? Not going to lie; I’m already hooked. Hit me with the context. 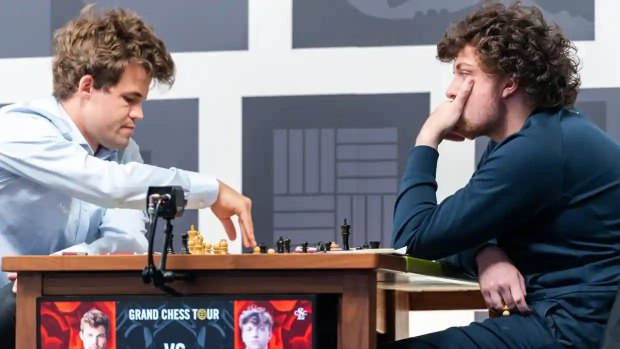 Got it. Hans and Magnus.

Both are excellent at chess, but Magnus is the reigning world champion and has long been untouchable on the chess tour with a 53-match unbeaten run. Earlier this month, the pair met in the third round of the Sinquefield Cup, an invite-only series recognised as the most important chess event in North America.

Is it the most important chess event in North America?

Well, do you want to check, mate?

Very good. Can I continue?

Magnus Carlsen is a former Sinquefield Cup champion, but in shocking scenes, he lost in the third round to Hans Niemann, the lowest-rated grandmaster playing in the tournament.

Ouch. But I do love a teenage giant slayer. So far, so good, right?

Wrong. Niemann wasn’t that gracious in defeat, telling reporters, “It must be embarrassing for the world champion to lose to me. I feel bad for him!” The day after Niemann’s victory, Carlsen pulled out of the tournament altogether.

Exactly. And to make things even more interesting, Carlsen took to Twitter to post a cryptic video of football coach José Mourinho saying: “If I speak, I am in big trouble.” Internet sleuths interpreted this as Carlsen accusing Niemann of cheating, sending the chess world into meltdown.

Why do people think Niemann cheated? Can’t he just be good at chess?

As the match played out, Carlsen employed a move called the “Fianchetto variation,” allowing him to take out Niemann’s dangerous bishop. Niemann reacted with a rarely seen counter move that allowed him to win Carlsen’s pawns and ultimately take out the match. Following the victory, Niemann claimed that earlier that same morning, he happened to watch footage of a Carlsen match from four years ago where the Norwegian had used the exact same sequence of moves.

That is a bit suspicious. But how do you cheat in chess, though? Isn’t everyone watching you all of the time?

This is where the story gets really weird.

Oh, now it gets weird.

Right. So the sex toy told him where to move the bishop. And you also mentioned Elon Musk?

Yes. The Tesla founder is a big chess guy. 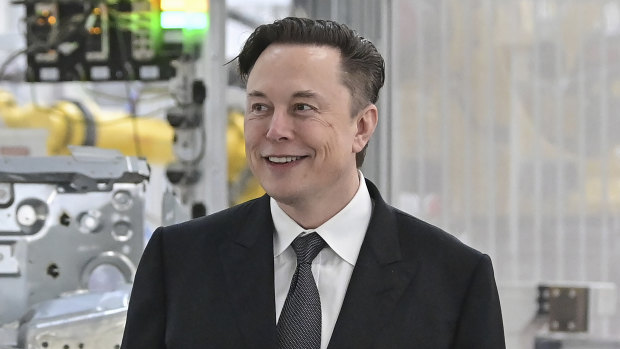 Hmm. And did Niemann respond?

He did. The problem facing Niemann is that he had previously admitted to using a computer chess engine to cheat at online chess in the past (when he was 12 and 16). But he claims that was when he was young and stupid, and now he is, well, still young, but not so stupid. He also offered to strip naked to prove he was innocent.

“If they want me to strip fully naked, I will do it. I don’t care. Because I know I am clean,” Niemann said in an interview after his win.

Naked chess could be a vibe.

Without doubt. But hold up, there’s even more. Niemann and Carlsen competed in the Julius Baer Generation Cup again, just this week, and guess what?

No. But they ended up playing one another in a rematch, and Carlsen made just one move, turned off his camera and exited the game, shocking the chess world (again).

So, what happens now?

Well, it’s all about who makes the next move.

Was that a chess joke?

Correct. Carlsen has refused to speak publicly on his defeat to Niemann, his tweet, or Monday’s shocking default. Meanwhile, Dr Kenneth Regan, a University of Buffalo faculty member who is an expert in chess and identifying cheaters, watched all of Niemann’s matches over the past two years and declared he doesn’t believe the teenager has been cheating.

I guess the only question remaining is: when do we get the Netflix true-crime series?