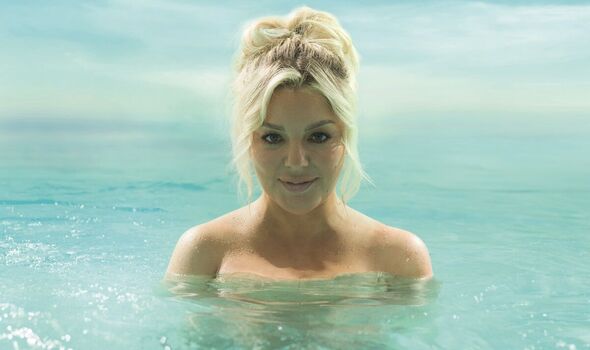 This mood is reflected in feel-good musicals and plays coming to our theatres in an attempt to counteract the prophets of non-profit doom and the social and commercial mayhem that we are now facing. Here is my selection of what is on offer.

Of the big beasts in the West End, Mrs Doubtfire (mrsdoubtfiremusical.co.uk from May 12) is undoubtedly the biggest, trailing rave reviews from Broadway and Manchester. It opens at the massive Shaftesbury Theatre following an extensive refurbishment.

I anticipate queues for returns to see Sheridan Smith inherit the role of Shirley Valentine from Pauline Collins as Smith is sure to bring her magic touch to Willy Russell’s celebrated one-woman show at the Duke of York’s (Shirleyvalentineonstage.com Feb 17-June 3).

There is a feeling of deja-vu with the return of the musical Groundhog Day to the Old Vic where it proved a smash hit seven years ago. (Oldvictheatre.com May 20-August 12).

Meanwhile, Paddington Bear’s greatest rival comes to the Riverside Studios in the shape of the new musical adaptation of Disney’s Winnie the Pooh (winniethepoohshow.co.uk March 17-May 21, then UK & Ireland tour from May 31).

Daniel Mays heads the cast as Nathan Detroit in Nicholas Hytner’s new staging of Guys and Dolls in a production that promises to immerse the audience at Bridge Theatre in the gambling milieus of Manhattan and Havana (bridgetheatre.co.uk March 3-Sept 2).

Fans of the original Star Trek series will be among those beaming down to Charing Cross for George (Mr Sulu) Takei’s revealing autobiographical musical Allegiance (Charingcrosstheatre.co.uk Jan 7-April 8).

As if to prove that you can make a musical out of anything The Great British Bake-Off the Musical comes out of the oven onto the stage of the Noel Coward Theatre (Bakeoffthemusical.com Feb 25-May 13).

Even more bonkers-sounding is the musical Berlusconi at the Southwark Playhouse Elephant (Southwarkplayhouse.co.uk Mar 25-April 29).

The enterprising and endlessly inventive Original Theatre folk have come up with The Time Machine – A Comedy – a stage version of HG Wells’ SF novel which premieres at Ipswich’s New Wolsey Theatre before going on tour. (Originaltheatre.com UK tour Feb 23-April 29)

Expect plenty of star wattage down in Bath for a revival of Who’s Afraid of Virginia Woolf? (Theatreroyal.org.uk Jan 13-Feb 11) as Dougray Scott & Elizabeth McGovern battle it out in Edward Albee’s play about marital war games.

For a gentler, more nostalgic experience, I recommend the stage version of the hit film Steel Magnolias (Steelmagnoliasplay.co.uk UK & Ireland Tour Jan 19-July 22) which is likely to leave a trail of smiles, tears and tissues in its wake.

Finally, for the adventurous theatregoer a visit to at least one of the 15 shows at the London International Mime Festival is certain to bring unexpected and delightful rewards. (Mimelondon.com Jan 16-Feb 5).