While Scorpios are often considered the most fiery and unpredictable of the star signs, it appears a Scorpio woman is the most appealing in the world of online dating.

Tinder gathered data from Australian users to determine which star signs receive the most swipes right – and the results might come as a shock to some.

FEMAIL takes a look at the rankings for both men and women and the personality traits associated with each of the zodiacs. 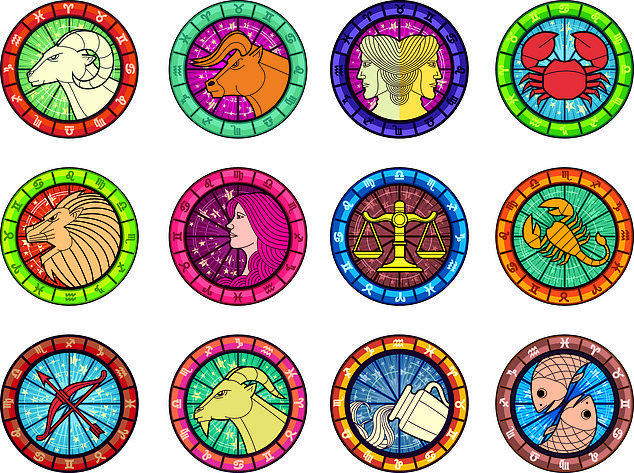 Scorpio women fall into the eighth house of the zodiac and come across as the sign most in tune with her sexuality, mortality and desire to connect on a deeper level.

A Scorpio woman is fiery and will challenge her significant other to express himself in a deeper way.

For those seeking a male partner, reliability and stability were the prevailing characteristics.

The Taurean man came out on top according to the Tinder stats – and for good reason.

Grounded and driven by his earth sign, a Taurus man may be stubborn and strong willed, but he is in touch with his emotions and isn’t afraid to express himself.

The next most appealing for those seeking a female on the app was the Leo woman – also known for her headstrong nature and leadership qualities.

Most Leo women come across as high maintenance, and require a little more effort and consideration than some of the more relaxed air or earth signs, but this appears to be a defining trait of the women who topped the Tinder dating list.

Following suit from the top performers, the second place for males was the Virgo man.

Dependable, muted and Mr. Fix It, this earth sign is trustworthy and honest – at least temporarily.

The Virgo man is easily bored, and may continue to seek something better as soon as he identifies a perceived flaw in his significant other.

Regardless, women are swiping right on him.

The dependable Taurus becomes the overall most appealing star sign as we reach third place in the list, with women from the sign rated as the third most swiped on zodiac.

The Taurus woman is easy. She is compassionate – a natural mother and a natural lover.

She is the most feminine and nurturing in relationships of the signs.

It is easy to see why she places so well on the list, but her senses are well attuned to noticing a lie when she sees one – so men on Tinder seeking something other than a relationship may be looking in the wrong direction if they stumble upon a Taurus woman.

Tenderness seems the theme for third place all around.

The Pisces man is also attentive and respectful, and seeks a homebody to share his life with.

Pisces men on Tinder are less likely to be looking for a one night stand than more fiery signs – and may take a little longer opening up before they’re certain the love interest is worth their effort. 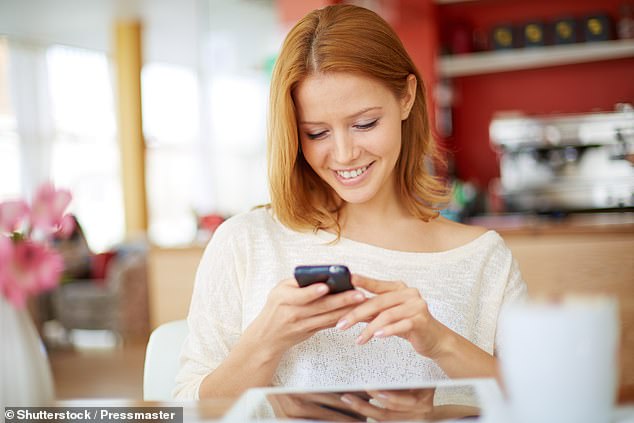 A Cancer woman is trustworthy and respectful until the moment she feels betrayed.

She again is considered easier to date than our top two in the female category, and prefers to be at home with her significant other or surrounded by people she knows.

She seeks an intellectually compatible partner who appreciates her own abilities and intrinsic qualities.

The Aquarius man is quite erratic – and may have placed so high on the Tinder list due to his fun-loving nature and spontaneity.

He is the most likely to show up late to your date, or to have his reservation cancelled last minute, or for his car to break down on the way in – but he is also one of the most trustworthy of all the zodiacs.

He is honest, unapologetic and feels deeply.

The Aquarius man is seeking something on an emotional level – but he rarely knows exactly what it is he is looking for.

But deep down, she wants to nurture – similar to that of a Taurus woman.

A Virgo woman is happy to get everything done on her own – because she knows that she can, but the right man in her life will stop her and remind her that she doesn’t have to do it alone.

She seeks the finer things in life, but doesn’t expect a date to repeatedly go out of his way to impress her.

The Libra man is gallant and sometimes over the top with his huge personality.

He knows what he wants and expects a partner to be up to his standards.

A person who finds themselves dating a Libra man should consider the possibility that his big personality is a facade for low self esteem – but is affectionate and loving to a woman who he believes deserves such treatment. 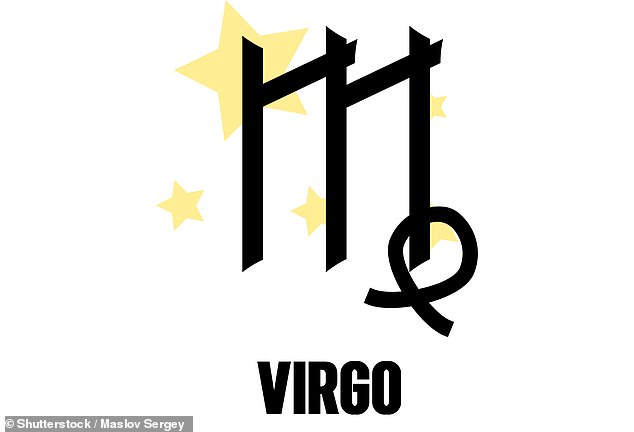 A Virgo woman is happy to get everything done on her own – because she knows that she can, but the right man in her life will stop her and remind her that she doesn’t have to do it alone

The Capricorn woman seeks loyalty above all else.

She came in about half way down the Tinder swipe list, along with the Scorpio man.

The Capricorn woman is an earth sign – and is grounded and low maintenance, just as it sounds.

She is capable of taking care of herself and is willing to stand alone until the right man comes along.

Meanwhile, the Scorpio man is said to be more likely to be obsessive and possessive over his significant other.

In contrast, he can also be loyal to a fault and supportive through the most tiresome of circumstances – but sometimes the lines blur and it is difficult to immediately discern which of the above he falls into.

A Gemini woman is spontaneous and seeking the fun in life.

She is not willing to settle for less than she knows she deserves and is flighty enough to leave a relationship (or budding relationship) the moment she believes it no longer serves her best interests.

Despite this, dating her is easy. She likes what you like, and is up for giving anything a go.

Relationships with an Aries man, on the other hand, are often less than easy.

The first Aries to make the Tinder list, more people are swiping left to this fiery zodiac than right, according to the statistics.

He finds it easy to be alone – and thoroughly enjoys it, but also enjoys spoiling a woman and going over the top on the romantic gestures. 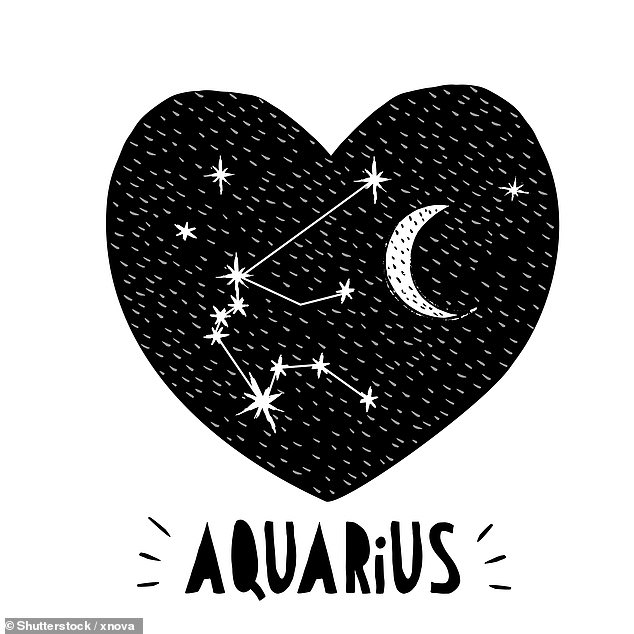 Dating an Aquarius woman may as well be an Olympic sport. She is exciting, unpredictable and hates the thought of being tied down

Dating an Aquarius woman may as well be an Olympic sport.

She is exciting, unpredictable and hates the thought of being tied down.

Men may be put off by the idea of instability with an Aquarius woman, and she is getting far less right swipes than left according to Tinder statistics – possibly due to her eccentricity.

He is the lion of the signs – a born leader and not afraid to show it.

Dating a Leo man is often exactly as it sounds – sparkly, extravagant and a little exhausting.

He will do anything to show off his prowess, but sometimes the excess does more harm than good and turns people away quicker than they’re coming.

A Libra woman is essentially a walking contradiction.

She is heading toward the lower end of the Tinder list – meaning she is not getting the attention on the dating app that other zodiacs are enjoying.

It may be because she is hard to read. She comes across as so many different elements all at once, that some may be put off at the fact they can’t read her.

In general, she is a faithful partner, but also may be quite selfish and closed off.

But when she has found a partner she wants to be with, she may become quite needy and dependent – and it happens quickly.

The Gemini man is equally as confusing.

He rarely knows what it is he is searching for, but is always on the look out for the ‘spark’.

It is impossible to fall into a pattern or boring relationship with a Gemini man, and those involved with him are often encouraged to live in the ‘now’ rather than look to the future. 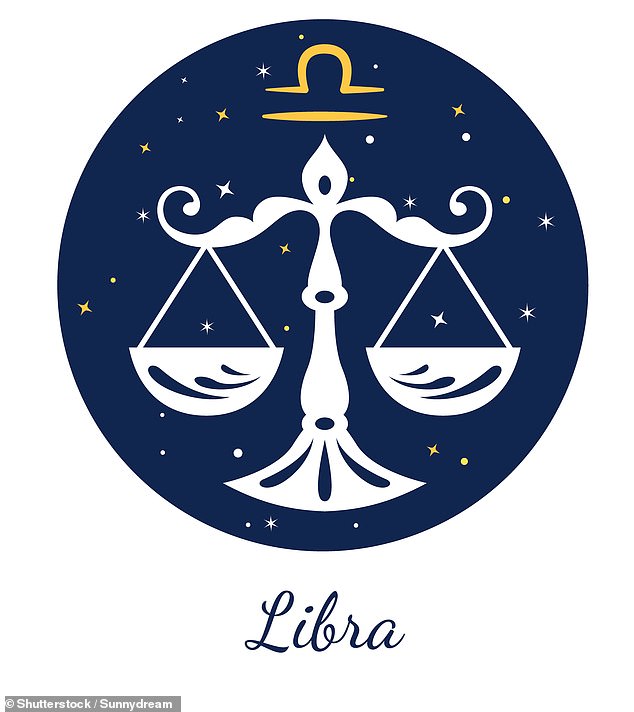 A Libra woman is essentially a walking contradiction. She is heading toward the lower end of the Tinder list – meaning she is not getting the attention on the dating app that other zodiacs are enjoying

The Aries woman is in touch with her sexuality and isn’t afraid to show it.

But with the energy of two toddlers crammed into a single body, she is often exhausting and may find herself burning through relationships with partners who simply cannot keep up.

But for those who can handle what she offers, she makes a great lover and one of the most trustworthy of the signs.

According to Australian Tinder profiles, most potential partners simply aren’t willing to find out.

Dating a man who falls under the Cancer sign is fine.

He does all of the right things, but sometimes seems to be simply going through the motions and lacks the passion or spontaneity to drive the relationship forward.

The Tinder world is simply not interested in the Sagittarius.

Both men and women for this zodiac came in at the tail end of the list, according to Tinder.

It may be because both are extreme in their own way – and neither extreme is overly attractive to a potential suitor.

The female Sagittarius is almost always open to the possibility of a long term relationship.

She is ready to be committed, to have a significant other and to have the Instagram-worthy relationship of every girl’s dreams.

But sometimes her attempts at finding that can come across as pushy and excessive. It might be turning potential suitors away from her online dating profiles.

As for the Sagittarius man, he tends to lean toward the opposite extreme.

He is looking for a fun time and often his feelings are fleeting.

The Pisces woman has likely made the same online dating faux pas as her Sagittarius companion also at the bottom of the list.

She is a relationship woman. She is reliable and loves the idea of love, but sometimes holds back showing her true colours out of fear.

Pisces women are known for their gentle and sensitive nature – but those qualities don’t seem to be getting the right swipes some would argue they deserve.

The Capricorn man may very well be considered the most difficult to date of all the signs – contributing to his overall ranking as the least matched male in the Tinder-sphere.

He has high expectations and rigid rules, and follows a moral compass that may only make sense to himself.

For those up for the challenge, he can be an excellent lover.

But the issue with online dating is that people are rarely willing to put in the effort based on a bad first impression.