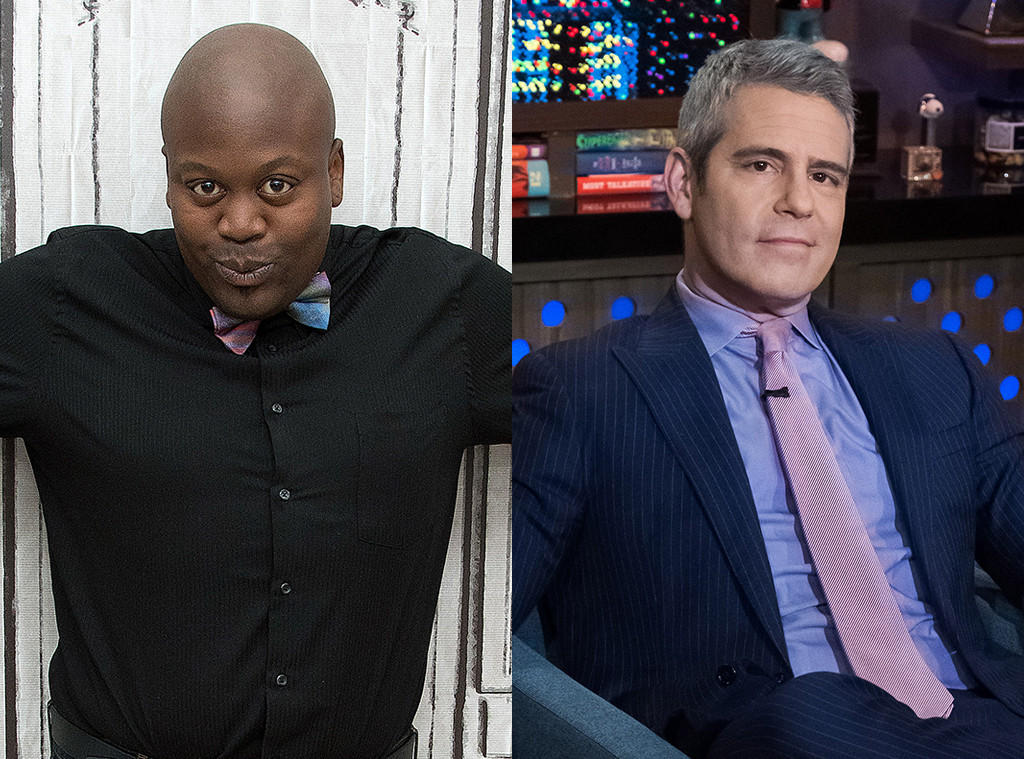 Tituss Burgess is sounding off on Andy Cohen following his appearance on Watch What Happens Live.

The Unbreakable Kimmy Schmidt actor, who appeared on the talk show on Sunday evening alongside Laverne Cox, took to Instagram on Monday to share his thoughts on the Bravo host’s behavior. During his appearance on WWHL, Burgess received a fan question about working with Eddie Murphy on the movie Dolemite Is My Name.

“Was he cool to work with?” Cohen asked.

“He was wonderful to work with,” Burgess replied. “He is a brilliant man and I’m so excited, for all of the younger generations who do not know Eddie Murphy, will learn why he’s the legend that he is.”

Cohen then asked Burgess if he got to “chat” with Murphy “at all” during filming.

“I just wonder if you got close at all ’cause he was very problematic for the gays at one point when I was coming up,” the 51-year-old host said.

Cox also noted, “It was a long time ago, people can evolve.”

“He was great,” Burgess went on to share. “And any troubles he may have had with gay people I guess are gone because he loved me.”

This conversation led to a bit of an awkward moment, when Burgess, who appeared to disapprove of the topic, was seen saying something to the audience.

“What are you saying, Tituss?” Cohen asked. 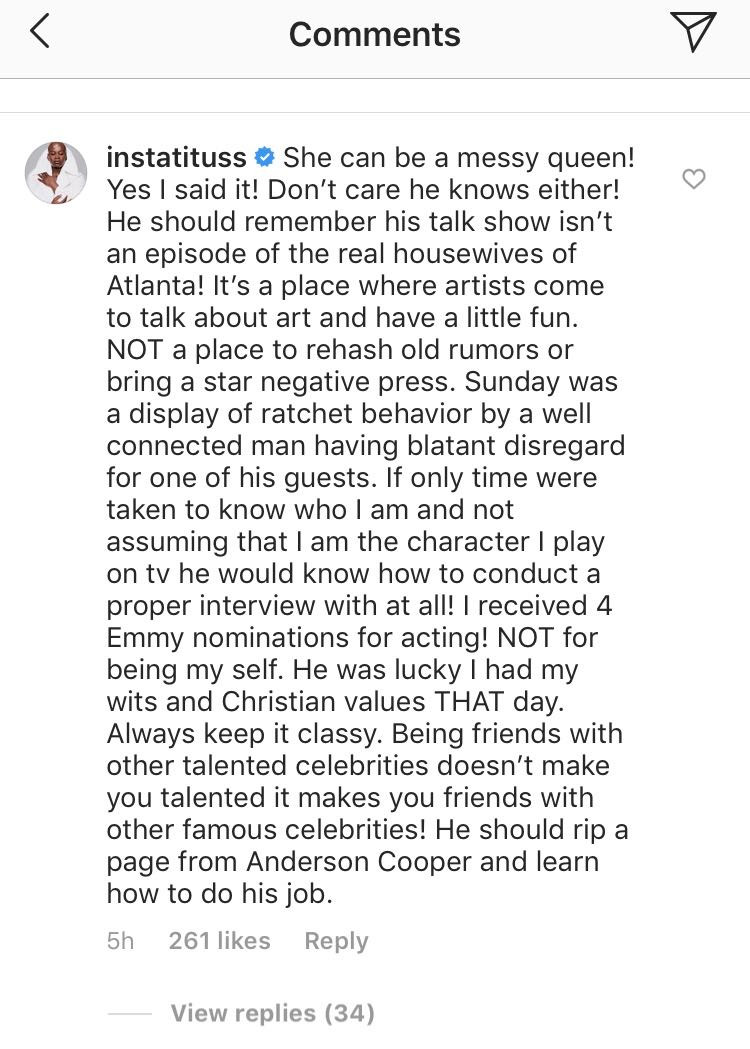 On Monday, Burgess addressed the situation with Cohen on his latest Instagram post, writing, “She can be a messy queen! Yes I said it! Don’t care he knows either! He should remember his talk show isn’t an episode of the real housewives of Atlanta! It’s a place where artists come to talk about art and have a little fun. NOT a place to rehash old rumors or bring a star negative press.”

“Sunday was a display of ratchet behavior by a well connected man having blatant disregard for one of his guests,” Burgess continued. “If only time were taken to know who I am and not assuming that I am the character I play on tv he would know how to conduct a proper interview with at all! I received 4 Emmy nominations for acting! NOT for being my self. He was lucky I had my wits and Christian values THAT day.”

(E! and Bravo are both part of the NBCUniversal family).