Things are getting too real in the ballroom for Sharna Burgess and Brian Austin Green. During the Monday, October 11, episode of Dancing With the Stars judges accused the real-life couple of being … too in love?

Dancing With the Stars’ Hottest Hookups

“I never thought the waltz was going to come. It was so much kissing and cuddling and messing about,” Len Goodman said after the pair danced to “Someday My Prince Will Come” from Snow White. “I would’ve liked to see a much more traditional waltz.” 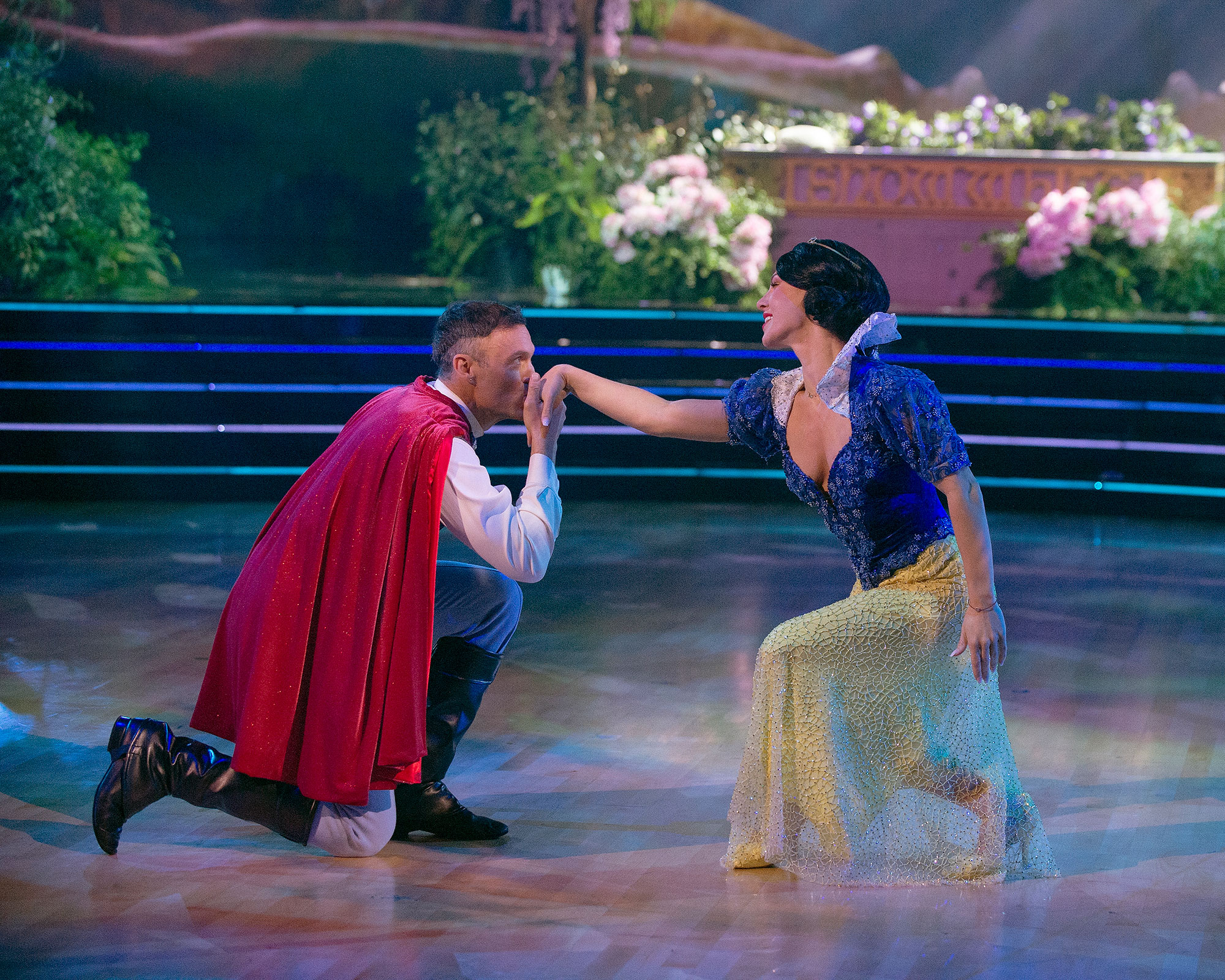 Bruno Tonioli added, ”Sometimes too much sweetness gives you a toothache. … I know you love each other. I love it and I love you two, but come on.”

When asked about the criticism by host Tyra Banks, Green, 48, responded, “I mean it’s Snow White, I don’t know how you don’t love each other.”

Fans of the ABC dance competition appear split by the feedback of their waltz, which earned Burgess, 36, and Green a 25 out of 40.

“I feel like the judges are extra hard on Sharna & Brian just because they’re a couple like they literally have nothing good to say ever #DWTS,” one viewer tweeted.

Another added, “Lmao at all the people mad at the judges’ comments to Brian and Sharna. I’ve said it before and I’ll say it again. I’m pretty sure they just want her to be a little bit harder on him because maybe they see he has potential and could be doing much better performances. #DWTS.”

“I’ll say it again…F—KING. RIGGED. #DWTS seriously???? Brian and Sharnas dance was better than Sasha and his partner!” a third person wrote, preferring to Sasha Farber and Suni Lee. “And y’all gotta doc Brian and Sharna cuz ‘they were too mushy and lovey-dove’”…when that was literally BARELY a thing throughout their routine..stfu..”

A fourth person tweeted, “If brian was with any other pro he would’ve been gone last week they’re just keeping him around for sharna #dwts.”

The couple have been linked since late last year. During a recent interview with Us Weekly, the pro suggested that their relationship may actually be a “disadvantage” in the competition.

Biggest ‘Dancing With the Stars’ Feuds

“We have this sensitivity when minding each other’s feelings. We want to make sure our relationship is good outside of it. That’s always going to be a priority for us,” she explained on October 7. “People are expecting this intense chemistry all the time on the dance floor. And if it’s not there, then people are like, ‘They don’t have chemistry.’ Dance is so different. … We are doing our very best with it.” 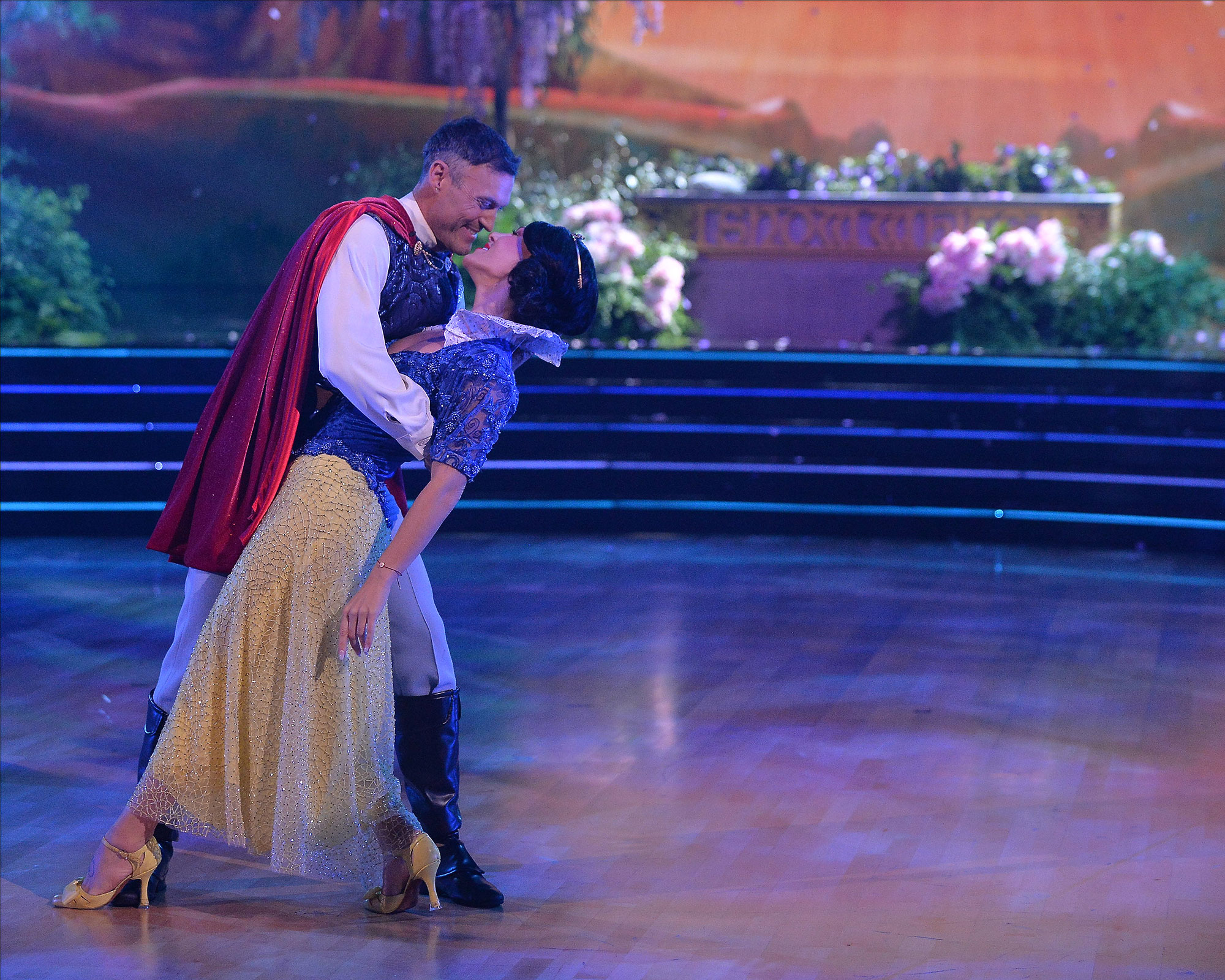 During Monday’s episode, Burgess admitted that she’s struggling to find the balance.

“The first few weeks I think I was much more careful of your feelings,” she said. “But as your coach, I know I just need to say, ‘Suck it up and do it again.’”

Dancing With the Stars returns to ABC for part two of Disney night on Tuesday, October 13, at 8 p.m. ET.