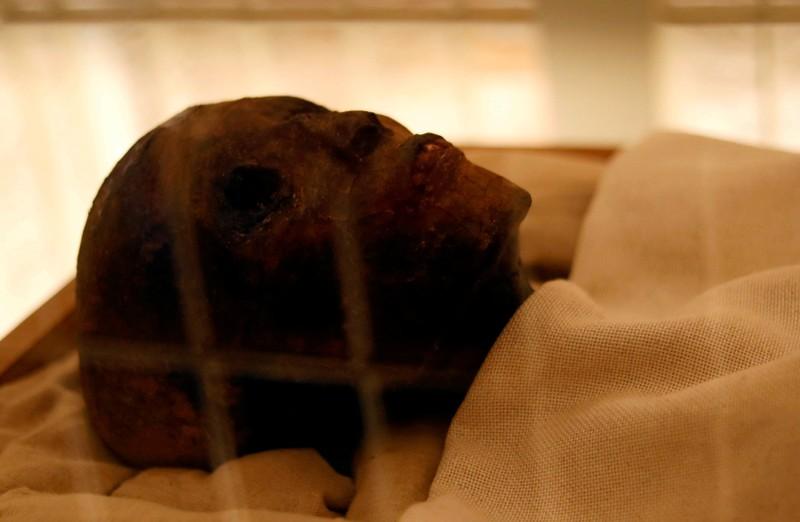 CAIRO (Reuters) – Experts have begun restoration work on the golden-plated coffin of Egypt’s boy-king Tutankhamun for the first time since the discovery of the tomb in 1922, the Egyptian Ministry of Antiquities said on Wednesday.

The coffin and the treasured collection of Tutankhamun’s tomb are expected to be the centerpiece of the new Grand Egyptian Museum (GEM) that Egypt will open next year near the Pyramids of Giza.

British archaeologist Haward Carter discovered the tomb of the 18th dynasty king in the Valley of the Kings in Luxor in 1922. The tomb was untouched and included about 5,000 artefacts.

The ministry said the coffin was transported from southern Egypt to the GEM three days ago “in order to be restored for the first time since the tomb’s discovery”.

“The coffin has suffered a lot of damage, including cracks in the golden layers of plaster and a general weakness in all golden layers,” said Eissa Zidan, Head of the First Aid Restoration Department at the GEM.

“The restoration work will take about eight months” he added.

Egypt has previously announced that the GEM, which has been under construction for about 15 years and is partially funded by Japan, will officially open by the end of 2020.