During one conversation, the undercover officer described sexually abusing his ten-year-old daughter Jess to another user, before going on to unmask paedophile Graham Marshall, 36, and arrest him.

But viewers were left horrified by the programme, with one commenting: ‘That was the most difficult, sickening documentary I have ever watched.’ 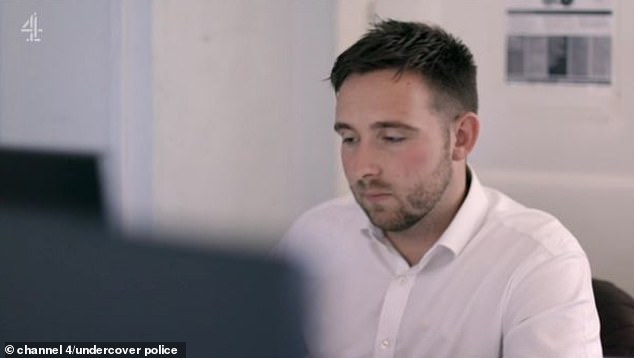 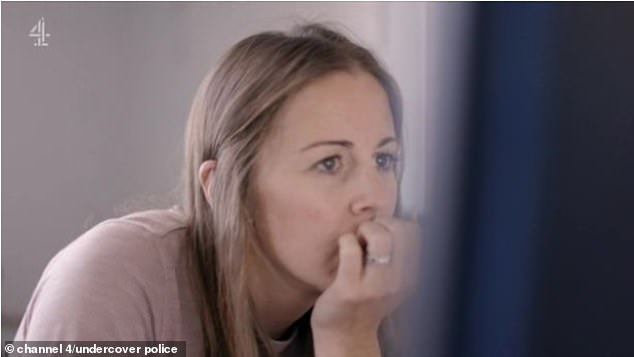 They continued: ‘I don’t think I can watch the next part – totally shocking. Our police are incredible for the work they do to catch these horrendous people.’

Another wrote: ‘One of the hardest watches in my life #Undercoverpolice wanted to turn it off to be honest. But I think it would be arrogant of me to not be aware of what’s going on!

‘This team need praising. Like wow – god bless them and espiecially the children in my prayers.’

The programme began as the undercover officer described the character of Simon as a ‘second skin’ which he had to slip into. 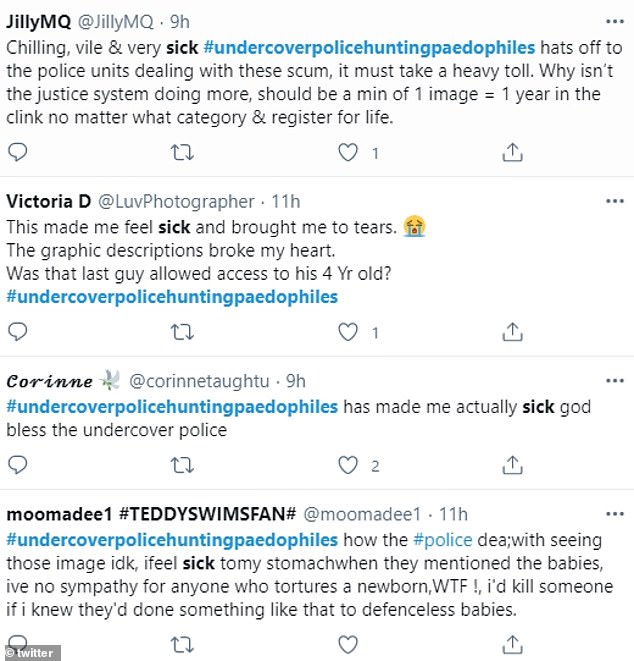 Many viewers said they’d been left feeling physically sickened after watching the documentary, in which there were graphic descriptions of child abuse

He said he had 20 years of experience working undercover but that none of his family or friends know about his real role, adding: ‘I can be deployed on drugs…on this occasion, it’s child abuse.’

He said: ‘I’m looking for inspiration at the moment, to flesh out Simon’s life. It’s very easy to create the offending side.’

The officer went on to say: ‘It’s quite disturbing portraying myself as an old male paedophile but it’s such a good technique to catch people who are looking to abuse, rape or hurt children.

‘Children will be saved as a result of this bit of work we’re doing now. It won’t be a single offender we’ll catch. The rewards are huge.’ 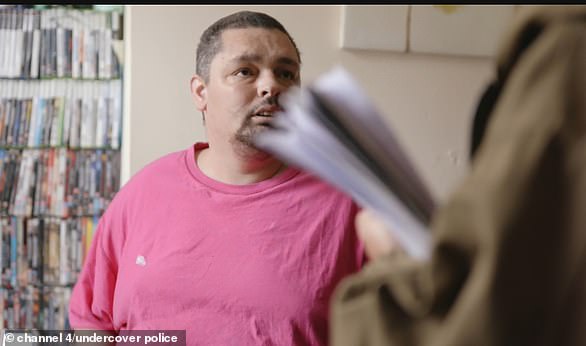 Graham Marshall was arrested at his home in Burnley, on August 14 and went on to be sentenced to four and a half years custody, with an extended licence period of four years

Graham Marshall was arrested at his home in Burnley, on August 14.

Throughout the course of the exchanges with the officer Marshall used a series of screen names, including Bodycount, which he was banned from doing by a sexual offences prevention order issued in the past.

Marshall pleaded guilty to encouraging or assisting in the commission of a sexual offence believing it would be committed, distributing indecent images of children, breaching a sexual offences prevention order and failing to comply with notification requirements.

Judge Richard Gioserano deemed Marshall, who believes the age of consent should be lowered to 14, to be a dangerous paedophile because of his distorted and deep-seated sexual interest in children.

He was sentenced  to four and a half years custody, with an extended licence period of four years.

After building up the character, the officer said Simon had an interest in ‘3-4 year olds to around 11.

He said: ‘My interest in young girls started when I was sexually active with my sister and the girl next door.

After Simon was ‘deployed’ into the chatroom, he described seeing users with names including ‘Gramps’, ‘pervyguy’ and ‘preteenloveruk’. 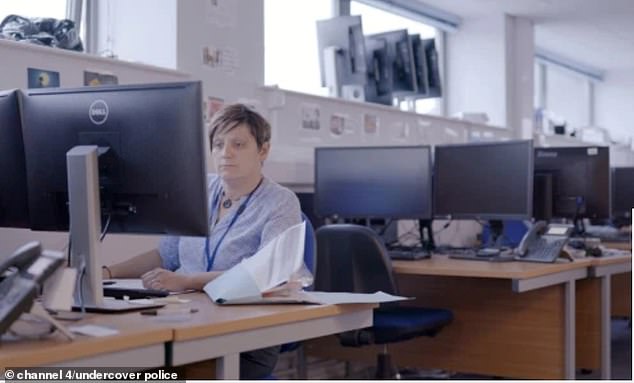 After Simon was ‘deployed’ into the chatroom, he described seeing users with names including ‘Gramps’, ‘pervyguy’ and ‘preteenloveruk’ 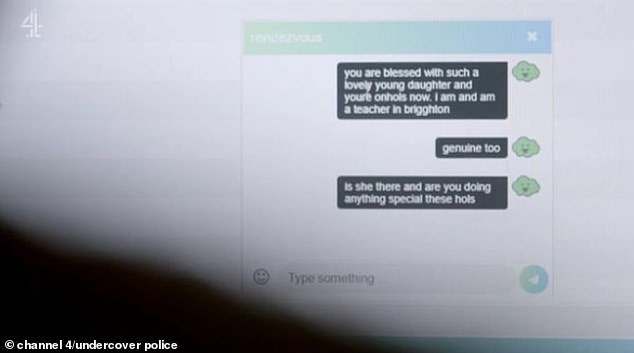 One user told Simon: ‘You are blessed with such a lovely young daughter. I’m a teacher in Brighton.’

Simon said he had received 23 contacts who identified as adult males get in touch in a three hour period.

Figures suggest 300,000 Britons have a sexual interest in children

Worrying figures suggest some 300,000 Britons have a sexual interest in children, amid growing availability of illegal material online.

With increasing availability of such material, Simon Bailey, lead for child protection at the National Police Chiefs’ Council, added that grooming was also on the rise and said arresting hundreds of sex offenders every month has little effect.

The explosion in online child sexual abuse has only worsened during the pandemic with reports of obscene material more than doubling globally to over four million in the first month of lockdown in 2020.

In April of the same year, there were nearly nine million attempts in the UK to access child sexual abuse websites which had been previously blocked by the Internet Watch Foundation.

He confessed he had had to say some ‘pretty horrible things’ but added that he is trying to identify the ‘top tier of offenders’ and called the results ‘overwhelming’.

He met a user in a chatroom who appeared to be a like-minded in sharing horrific fantasies about young girls, and used the name @BodyCount.

The user said he was interested in ‘boys to girls aged six to 15’ and, after Simon described his relationship with his daughter, commenting on how much he would enjoy the 10-year-old’s ‘smell’.

Simon said he ‘liked to pull her knickers down and play with her…love the feeling of her naked against me’, to which the other user responded: ‘I bet she’s lovely and tastes very sweet.’

After spending six weeks as Simon, the officer described meeting and speaking with over 70 adults online.

The officers went on to determine Bodycount was an already convicted paedophile Graham Marshall, 36.

The paedophile committed to meeting Simon and his daughter Jess and spoke about raping the 10-year-old.

He bought a £132 rail ticket so he could have sex with the young girl.

The officers arranged to meet him before they were able to arrest him.

He was later jailed for four-and-a-half years after admitting a string of charges including inciting sexual activity with a child.

Many viewers said they left disgusted by the documentary, with one commenting:  ‘This made me feel sick and brought me to tears. The graphic descriptions broke my heart.’

Another wrote: ‘Chilling, vile, very sick. Hats off to the police units dealing with these scum, it must take a heavy toll.

Why isn’t the justice system doing more, should be minimum 1 image = 1 year in the clink, no matter what category and register for life.’