After releasing the “Classic Chicken Sandwich” last week, the fast food chain has announced that people can get it for free for the next two weeks.

Wendy’s announced the promotion on Monday, which will run through Nov. 8.

In order to get a free “Classic Chicken Sandwich,” fans just have to make any purchase through the Wendy’s mobile app or at the restaurant, according to a report from TODAY.

Those who purchased the new chicken sandwich are eligible to get two free sandwiches – one each week for the two weeks the promotion is running, TODAY reported. 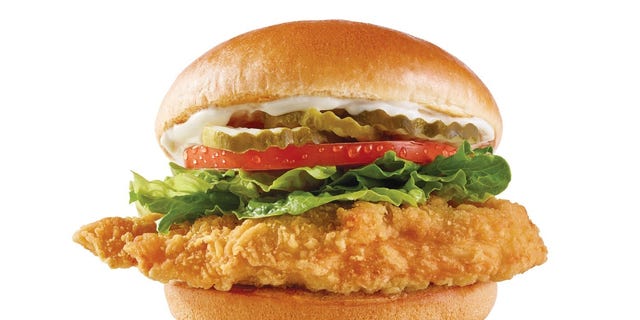 After the promotion ends, the “Classic Chicken Sandwich” will return to its previously estimated price of $4.99, depending on location, according to the original announcement last week.

The new sandwich — which was promoted as being “crispier” and “juicier” than the previous iteration — is made with an all-white meat chicken breast and topped with mayo, tomato, lettuce and pickles, the announcement said.

The updated chicken breast will also be used in all of Wendy’s other chicken sandwiches.

Last year, spicy chicken sandwiches became incredibly popular after Popeyes released one — and for a while, the sandwich sold out.

Sam’s Club even got in on the game, releasing its own spicy chicken sandwich last month that has been deemed similar to Chick-fil-A’s.

However, there are still likely to be several more chicken sandwiches on the market soon.

Last December, McDonald’s started testing a new chicken sandwich in select cities and in May, KFC did the same.

There were also rumors earlier this month that Burger King also started testing its own chicken sandwich.