Is Xi Jinping the most powerful man in the world as suggested in the subtitle of the biography by Stefan Aust and Adrian Geiges? The answer is clearly “yes” given that China’s gross domestic product is first in the world in terms of parity purchasing power, and that Xi, newly confirmed in his third term as president, rules with few of the constraints that limit leaders in liberal democracies.

The authors are German journalists who set out to provide an insight into Xi’s history, the nature of his rule, and the impact of Xi’s China on the rest of the world, relying heavily on interviews and their own experiences in China. The book offers a good introduction to contemporary China viewed from the perspective of Xi’s rule. 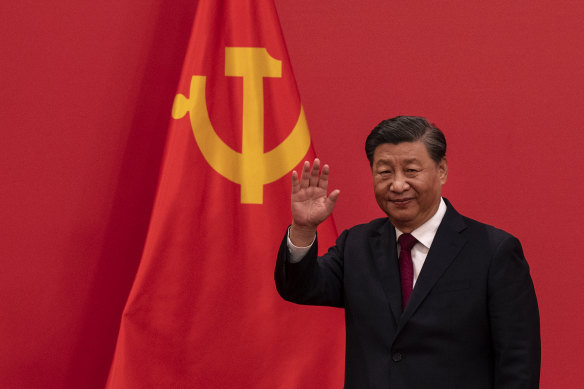 The starting point is Xi’s career trajectory as a member of the “red aristocracy”. Xi’s father was prominent in the Chinese Communist Party but suffered persecution during the Cultural Revolution. Xi positioned himself to maximise his opportunities for rising through the Party bureaucracy, moving to the provinces in the first instance. By 2012 Xi had become general secretary of the Communist Party and in 2013 president of the People’s Republic.

Xi clearly believes that China needs a strong leader to maintain its unity and deal with the various challenges – political, economic, social, environmental – facing the country. The centralised and hierarchical Communist Party is vital to this task. While Marxism-Leninism is the official ideology, Xi also appreciates Confucian values of hierarchy, obedience and wise governance. Nationalism is also important, with Xi gaining legitimacy by overcoming the legacy of the “century of humiliation”.

This last goal manifests itself most obviously in China’s campaign to recover Taiwan. On this issue, but also with Hong Kong, the authors suggest that Xi has a fear of democracy taking hold in China, leading in turn to a Chinese version of the Soviet collapse. There is a similar fear of separatism in outlying regions such as Tibet and Xinjiang.

While the lifting of such a large population to an average middle-income level in world terms is indeed impressive, this predates Xi’s leadership. China as a contributor of about a quarter of the world’s carbon emissions has also been a consistent leader on climate change. 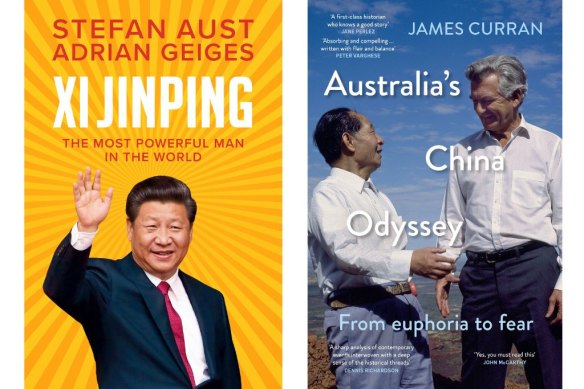 Xi Jinping: The Most Powerful Man in the World by Stefan Aust and Adrian Geiges. Right: Australia’s China Odyssey: From Euphoria to Fear by James Curran.

The question raised is whether these undoubted achievements require the “strong state” approach. The degree of surveillance is Orwellian.

Internationally, while the Taiwan issue receives due attention, there is some focus on the relationship with the United States and the Belt and Road Initiative (BRI). On the US, one notes Donald Trump’s earlier admiration for Xi. The scale of the BRI, as a vehicle for China’s influence, can be seen in terms of the resources committed: in real terms 10 times US spending on the Marshall Plan after World War II.

Where does Australia fit in all of this? This is the subject to which James Curran devotes himself, covering the past 50 years of Australia’s relationship with China after an initial overview of the 1950s and 1960s. The main chapters provide detailed analyses of developments in Australia’s China policy according to the various prime ministers in office since 1972. With occasional downturns such as the Taiwan Strait crisis of 1996, the picture is broadly optimistic up to 2017.

Gough Whitlam used China policy to signal a more independent Australian stance in international politics, avoiding both “unnecessary suspicion” of China and over optimism. Malcolm Fraser saw China as a de facto ally in containing the Soviet Union. Bob Hawke focused on the economic opportunities, modestly claiming “that no other national leader had spent so many hours … with the Chinese leadership”. 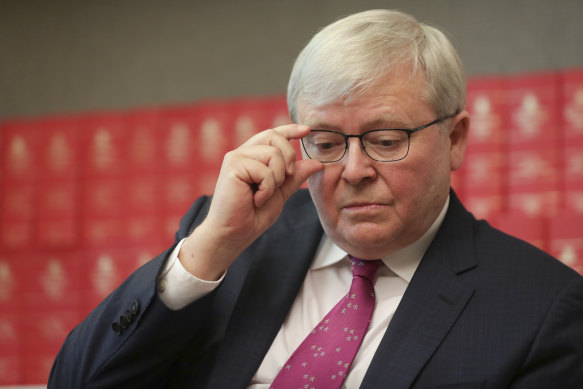 Paul Keating recognised the reality of China’s rise while also astutely hedging by developing links with powers such as Indonesia. John Howard was preeminent in achieving a balanced relationship; Tony Abbott more crudely saw the Australian approach as based on “fear and greed”. Kevin Rudd was the China expert who ironically oversaw a downturn in Australia-China relations; Julia Gillard attempted some repair while also presenting as an alliance enthusiast.

At one level this story is well known, given the centrality of the China relationship in Australia’s foreign relations, and the many previous studies and memoirs that have been published. However, this book systematically analyses the whole period, with excellent use not only of the previous studies and memoirs, but of archival sources and interviews. While the focus is Australia, the book gives due attention to relevant developments in the United States, China and beyond.

Overall, it makes clear the way in which Australian governments have focused on the economic opportunities resulting from China’s rise. Accompanying this perspective there was a willingness to accommodate China’s security perspective: engagement prevailed over containment. A strong trade relationship with China need not be at the expense of Australia’s security alliance with the US.

However, from about 2017, at first under Malcolm Turnbull and then even more so under Scott Morrison, there was a shift deriving from a realisation that China’s rise meant that China exerted much more influence in the region. China’s authoritarian system exacerbated these concerns. China’s political influence operations struck at the heart of Australian democracy.

The Australian parliament passed legislation to limit such operations. The government banned Huawei. The Coalition spoke out against China on different issues, with China in turn imposing some restrictions on Australian exports. The negative perception of China dominated the outlook of the Australian security and intelligence agencies.

The overlap between the Coalition and Labor over China policy needs to be re-emphasised with the Albanese government a few months into office. Labor’s goals are very similar to those of the Coalition, but Labor claims to be more effective. Many of the Coalition advisers remain and the security and intelligence agencies retain a strong influence. Foreign minister Penny Wong and her department might be a moderating influence, but they will not depart far from the dominant mindset. Curran’s book is essential reading for understanding how that mindset has evolved and how we have got to the current point in Australia-China relations.

Xi Jinping: The Most Powerful Man in the World by Stefan Aust and Adrian Geiges is published by Polity, $51.95.

Australia’s China Odyssey: From Euphoria to Fear by James Curran is published by NewSouth, $34.99.

Derek McDougall is a professorial fellow in the School of Social and Political Sciences at the University of Melbourne.